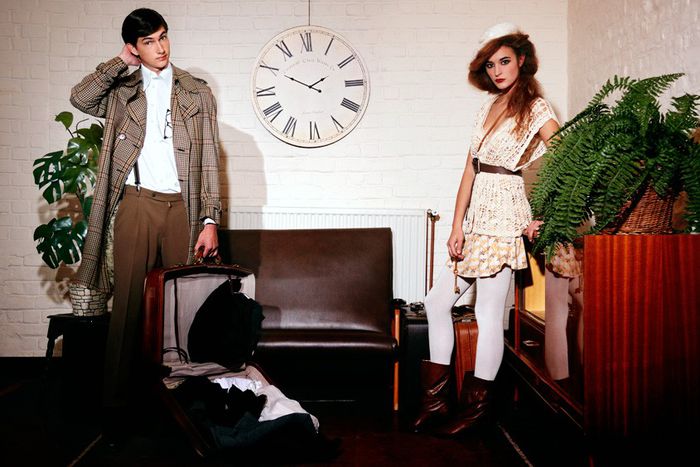 In times of crisis, is it time to go second hand? In Brussels, the shop run by 'The Little Nothings' organisation is just the ticket. As well as offering cheap furniture, books and household appliances, it gives the homeless another chance

Laurent and Johan stand at the entrance of Les Petits Riens ('The Little Nothings'), a shop which has been on the Rue américaine 101 since 1955. They are collecting small pink and blue receipts from customers, handing over bags of purchases and greeting and seeing off customers. Laurent nods farewell to an elderly lady. His flat cap is pulled down over his forehead as he draws on a cigarette. ‘Well,’ he says, ‘i’t’s good that this place exists. But let’s be honest – it’s still just a business. A social business. They’re still making money from it.’ Laurent has spent three years in prison, and has been living in accommodation provided by Les Petits Riens and working here since June 2009. ‘But I want to have a real job and earn money,’ he says whilst bidding another friendly farewell to another customer. ‘Of course I understand that some people have never worked in their lives and need to get used to it first. But people like me? I would do any type of work. Not just these ‘activities’, as they call this.' By 'activities' Laurent refers to the task of manning the entrance. 'But I’m still happy to be here.'

All those housed by the Les Petits Riens organisation get free board and lodging that must be earned by performing specific tasks. The system developed over many years, beginning in the 1930s when the vicar Edouard Froidure constructed play areas for disadvantaged children and collected clothes and furniture to hand out to the destitute. In 1937, he founded the first home in Brussels for homeless men, who didn’t just live there, but also created work for themselves by collecting furniture and clothes for resale. On its website, Les Petits Riens describes itself, amongst other things, as '40, 000 nights for the homeless, 40 social workers and 65, 000 meals given.'

Froidure’s idea endures to this day: ‘Our task is to fight poverty and social exclusion in Belgium. We try to provide the people who come to us with long-term solutions,’ says manager Julien Coppens as he summarises the mission of the organisation. As before, the organisation collects donations of items and money, resells used goods and invests the proceeds in various social projects such as housing for homeless people. One residential home in Brussels can accommodate 120 people, with an additional 20 places for former homeless people who line in supervised social housing projects. The shops in which goods are resold have 170 regular employees. Around another 120 employees have one-year contracts and are being prepared to re-enter the normal job market. These social projects are made possible by the many donors and, not least, by the customers who buy used goods from the shops. ‘Around 60% of our customers have no regular income,’ estimates Coppens. ‘They are either unemployed, students, low earners or pensioners.’ Their motives for shopping at Les Petits Riens are, of course, financial. The other 40% have a normal income. ‘They come to us due to the reasonable prices, the originality of the goods on offer and the fun that can be had in rummaging and finding something special.’ 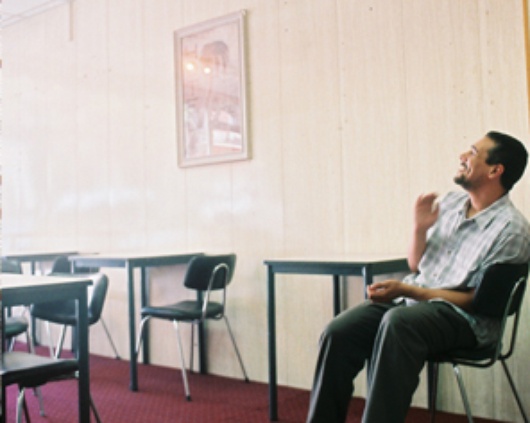 The first floor contains furniture: dining tables, coffee tables, chairs, armchairs, sofas. Some have a price sticker, others already have a ‘sold’ sign. Bayram sits at one of the tables, ceaselessly rolling cigarettes. Five lie before him and the sixth is underway. Bayram wears a boiler suit and black cap; he’ll be 59 in March. ‘Yes, I work here,’ he says. Born near Ankara in Anatolia, he came to Belgium in 1973. ‘I have always worked – up until 2006.’ Unemployment first brought him to Les Petits Riens in 2007. He then spent some time in another residential home and has been living and working here again since July 2009. That alone is a crisis for him. ‘But I don’t regret anything, I’m satisfied. And in here you don’t see much of the crisis out there. At the moment I’m working for free, but that’s not bad.’ He continues rolling a cigarette and pauses again: ‘One thing about the crisis. You’re not allowed to smoke inside anymore,’ he says grinning over the top of his glasses. Henri explains the concept. ‘The people who live here learn to work and to respect others.’ The 49-year-old has been working at Les Petits Riens for three years and is responsible for the first floor. ‘Sometimes you just have to listen. Not just to the occupants who work here, but also to the customers. Sometimes they just need someone to listen to them.’ The way that the volunteers, employees and occupants work together really is something special. Henri finds that ‘You have to really like it to work here.’

The economic crisis hasn’t really affected sales or the amount of donations received. Clothes sales have fallen by five percent since May 2009, says manager Coppens. ‘In the other departments, sales have remained the same or have increased slightly.’ In contrast, requests for accommodation and food have been rising for the past three years: ‘The crisis has exacerbated problems that already existed,’ says Coppens. The organisation’s work is made more difficult by the disorganised nature of Belgian politics, with different decision-making levels for identical issues and a lack of investment in the social system. ‘The problems our occupants face are building up, which makes it even more difficult for them to be reintegrated into society.’