Better late than never. On the 9th of September I attended a street art event, co-organised by Julijus G., whom I know. There is a group of people who promote graffiti in Lithuania as a legal form of urban art, which engages the people who hang out in the spaces decorated. The even coincided with other phenomena related to graffiti - I will write about those later.

As expected, it provoked all kinds of reactions.

The people who organise such events are a group of young enthusiasts willing to legalise graffiti and make it an accepted form of expression, which changes the face of urban spaces. They have recently totally changed an old fountain, which does not function anymore, right next to where I live. A red-brick pillar was painted white, and various hands, perhaps telling something in sign language, were sprayed in black. The fountain now stands out, since all buildings around are red-brick. It invites to look at it and try to decipher what the hands have to say. The fountain is right in the centre of a typical Soviet building complex which hosts supermarkets, pharmacies, a post office and what not. Very close, there is a bustling marketplace, which sometimes extends beyond its space, with people selling milk, mushrooms and apples wherever they find some space. So every day people notice that the fountain has changed, and take a few moments to look at what the hands have to say. 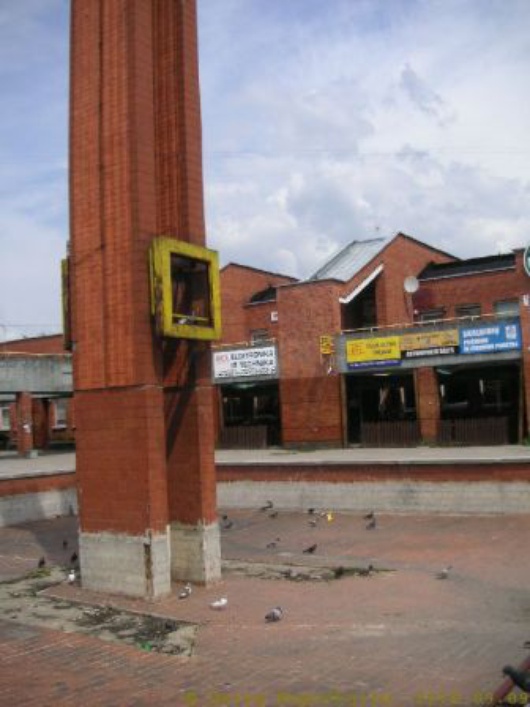 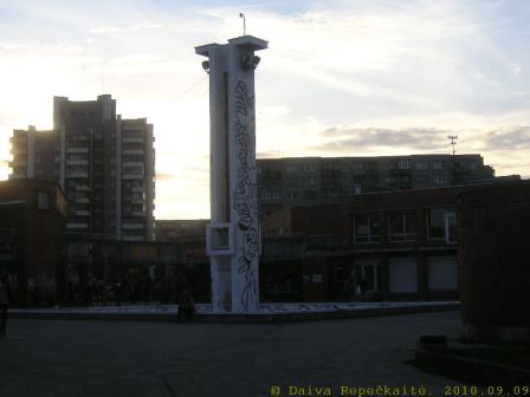 During this event on the 9th of September, the group invited two well-known Brazilian graffiti artists of Lithuanian origin, along with Lithuanian artists, to re-decorate a playground near the White Bridge. It is a space for skaters and cyclists, with a place to play basketball and volleyball. Looks like this: 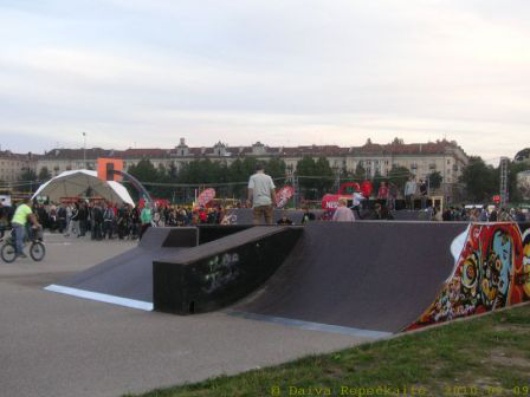 There is, of course, plenty of space for graffiti, and graffiti even gives the whole place a better, more authentic atmosphere. So the enthusiasts got a permission and made it into a big event with music and all. The event was sponsored by Nescafe, so people could get free coffee (it seems to me that homeless people were not well informed about this opportunity). I generally boycott Nestle, but I take things given for free. So I stood in line along with many school-age kids to get some coffee (the 'price' was, "Say something nice about Nescafe", which got me thinking and holding the line, until I muttered, with no inspiration, "Tastes good"). The kids around me were those Vilnius proto-hipsters in their tweens who hang out in the old town. The thought that when I was their age, nose-rings were considered totally unacceptable, got me feeling old. Unlike hipsters, which many of these kids will eventually become, they don't care too much about the environment yet. 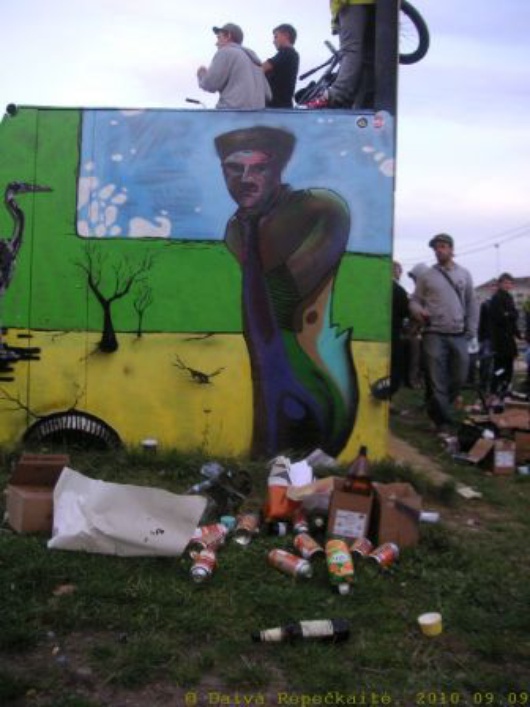 In their baggy trousers and big sneakers, some already with a few dreadlocks, about 4-5 kids wearing kafiya, these kids in their tweens and teens were a perfect crowd for the hip-hop music and the general atmosphere. I think that graffiti is a perfect form of self-expression for them. In addition, the artists were there making the kind of space where these kids would perfectly fit in. 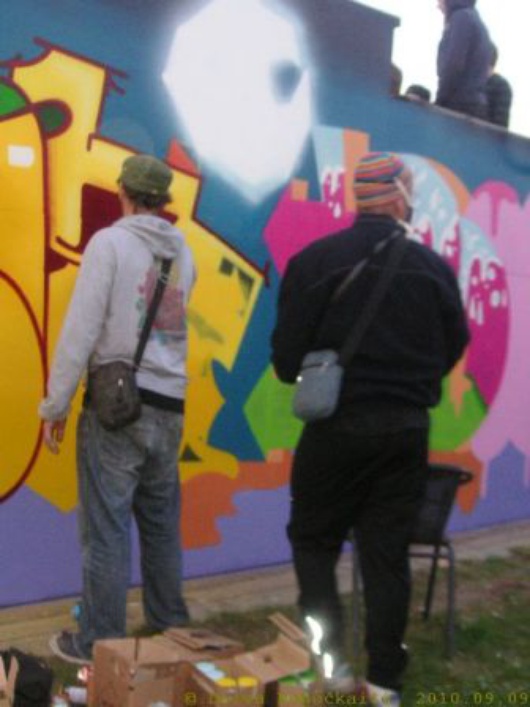 The organisers chose a 'young' space, where graffiti making can become a festival. 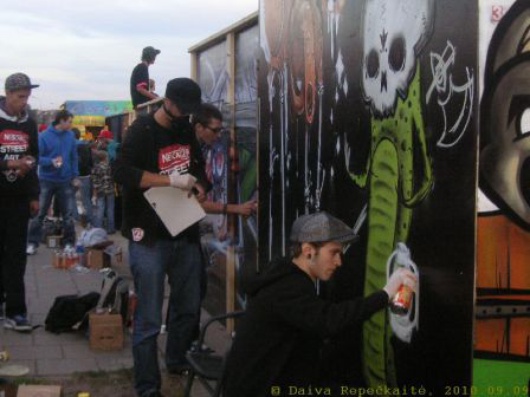 In general I think it was a great success and wish good luck to the organisers.

Meanwhile, very soon a Facebook group, apparently led by a famous comedian-turned-politician Algis Ramanauskas-Greitai, is offering an award to those who reveal the identity of one of the most active 'taggers' of today, 'Solomon'. Many people are annoyed by his (most probably his) omnipresence in Vilnius. He has tagged in various neighbourhoods, on public and private buildings. The Graffiti.lt people noticed the fact that a FB group is offering an award to one graffiti-maker, and reacted with irony, not really revealing their position. Obviously, there is an ideological clash. Graffiti.lt promotes legal and open graffiti art, whereas taggers like Solomon work usually at night and aim at annoying others, especially the owners of the buildings they tag.

As in most cities, tagging is more common than graffiti painting, for obvious reasons. Tagging only requires one can of spray, short time and minimum effort. Making a fresco-like graffiti, meanwhile, needs time, thoroughness and several different colours. In early 2000s, I remember KGS and Sudan being the most active taggers. I do not know if they were captured, changed their tag names or simply grew out of it. A few years ago, Koldun was a big hit. He would always add a short pseudo-poetic line to his tag. He also disappeared. Now Vilnius is marked by the competition (or so it seems) between Solomon and Sputnik (or Sput<-). They often tag next to each other, climb on higher buildings and try to be innovative. They have already become ubiquitous. Somehow the FB group is only searching for Solomon ("dead or alive"), with intense hate. 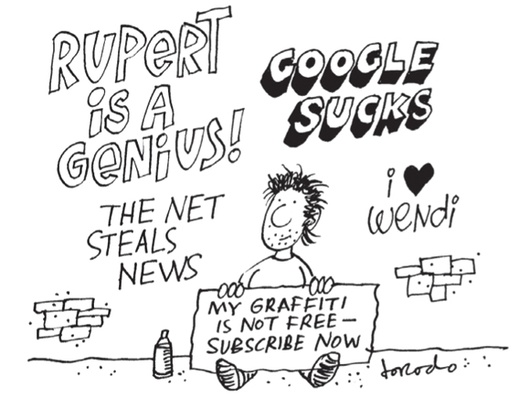 If I was to take sides between Solomon and his haters, I think that channeling hate towards Solomon is totally inappropriate and primitive. However, there is another part of the debate. When the anarchist website, anarchija.lt criticised the involvement of a politician into accumulating hate towards the tagger, someone sympathetic to Solomon wrote in their comment: "Legal graffiti is the same as radical theories, farted at a university, [...] as radicals discussing their demonstration with the government [...] - it is impotency". Many of those who include tagging in the category of urban art claim that tagging is a form of resistance against the privatisation of urban spaces, while legal graffiti is considered a compromise with capitalism.

Which is fair enough, but I hold a different opinion. Graffiti is a power game. Many people who oppose tagging compare it to a dog peeing on every erect object in order to mark its territory. While this comparison may be primitive, the truth is, tagging IS done in order to claim certain territory and impose one's will and taste on the people who use the space. Of course, this goes against the local governments' and owners' will to be the sole controllers of the city space, and opposition to graffiti and tagging is often framed in a very right-wing vocabulary: "This is against the sovereignty of private property. Private property is untouchable. Anything that violates private property needs to be repressed." Hence the sympathy of the left. Graffiti has a different meaning and different history in every country. In Japan you nearly never see it. In Slovenia you see it everywhere. So far it is the only country where I saw graffiti on a church, and nobody was hurrying to remove it (I saw some graffiti on one synagogue in Tel Aviv, too, it was still visible, although painted over). In many places it does rebel against privatisations of city spaces.

But let's look and the most noticeable Lithuanian taggers. They are not trying to reclaim the space where they hang out. Solomon or Sputnik cannot be hanging out in so many neighbourhoods all the time, it's physically impossible. In addition, I have never seen their tags on the expensive designer shops on Didzioji str., which helped turn the previously cute old-town space into a catwalk for early night show-off and made the whole place feel unwelcoming. I have never seen their tags on the new steel-and-glass buildings, which change Vilnius' face. Neither they have tagged on buildings which resulted from suspicious privatisations and deals. Taggers do not frequent the newly gentrified areas of Uzupis, where, discontinuing the beautiful tradition of open courtyards, everything is becoming closed, locked and observed by video cameras. Both usually tag on random garages in old Soviet neighbourhoods, or socialist-style blocks, or the Children and Youth Centre, or kindergartens. I think public clinics too. These are the buildings whose usually non-private owners do not have money or simply do not bother to remove the tags. The people who hang out in these spaces are usually families with children or elderly people, who are annoyed by yet another tag on their house, but do not really 'own' the outer walls, or would ever pay to have the graffiti removed. There is no statement in the tags, nothing legible to the people who actually live and hang out in these spaces, nothing that invites them or even provokes them. Unlike the legally painted hands on the Seskine fountain, tags do not carry anything meaningful to the people. There is no message of rebellion that they could read. There is nothing to rebel against in the first place - life in neighbourhoods such as mine is as it was 30 years ago. Privatisation happens, but not here. Thus, tags do not provoke one to think about it. They only make old 'socialist' buildings look uglier vis-a-vis the shiny new houses built and taken care of by private companies. 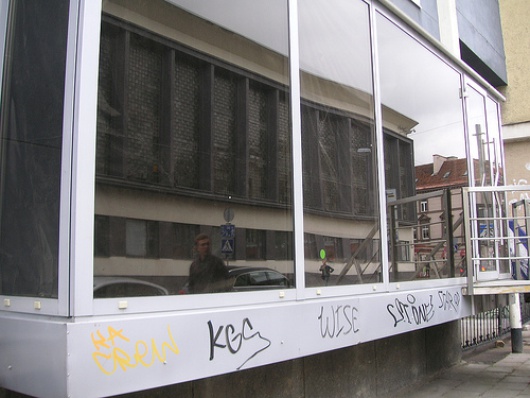 Taggers do not actually have the power to challenge the rich, so they challenge random people who will have to live with the expressions of the taggers' taste every day, unlike the taggers themselves, who tag and run away. In this sense Graffiti.lt take a whole new approach. They work in daylight, when people who actually live, work and hang out in those spaces are present. The people can comment or even join the graffiti makers. In addition, they are more prepared to interact with the art work and think about it. I think it is more powerful than 'challenging' people with illegible signatures and looking rebellious and beautiful to oneself.