Lebanon is not Iraq

The spectre of armed intervention by the US against Syria is not enough. Especially now that Hezbollah is flexing its muscles and the pro-Syrian Prime Minister, Karami, is getting ready to return to power 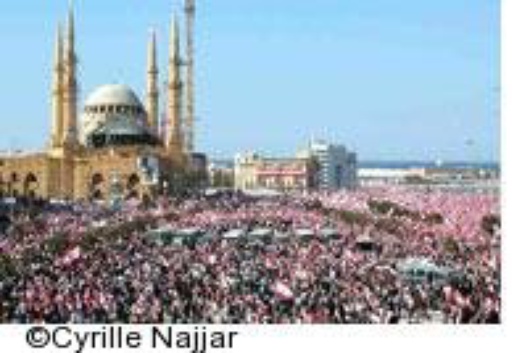 Barely a month has passed since the allegedly Damascus-orchestrated murder of the former Lebanese Prime Minister, Rafik Hariri, and already a new wind seems to be blowing through the tiny Mediterranean state of Lebanon, wedged between Syria and Israel.

The redeployment of Syrian troops, the resignation of Omar Karami’s government and the occupation of the country is monopolising the international community’s attention.

On March 7th the Syrian President, Bashar al-Assad, and his Lebanese homologue, Emile Lahoud, issued a joint declaration announcing the redeployment of 14,000 Syrian soldiers to the border region of Bekaa Valley. Admittedly, this is not the same as a full withdrawal of troops and the United States immediately labelled Assad's move as a 'half measure'. Moreover, the huge pro-Syrian demonstration on March 8th in Beirut showed the world the power which the Shiite Muslim organisation, Hezbollah, still wields. But the reality remains the same: the spontaneous cries of the hundreds of thousands of anti-Syrian protesters who have crowded the streets of Beirut for weeks are a better reflection of public opinion than fundamentalist rallies coordinated by Damascus. And this is the strength of the political opposition who are managing to do the impossible: they have brought together Christians and Sunni and Shiite Muslims against a Syria which has maintained its occupation of the country since the end of the Lebanese civil war in 1990. But how can the success of this movement be explained?

Analysts claim that this push for independence is the result of the 'Iraq effect'. Apparently, the fall of Saddam Hussein has struck fear into the hearts of countless Middle Eastern dictators, who are unsettled by the threat of American intervention. Among them is Assad’s Syria, which was recently included in the new list of Rogue States released by the American Secretary of State, Condoleezza Rice. But attributing all change to the 'democratic revolution' promoted by the White House is unconvincing. Yes, elections in Palestine and Iraq, signs of pluralism in Egypt and encouraging local elections in Saudi Arabia are all to be applauded. But this is not the whole story. The ‘Ukraine (or grassroots) effect’ cannot be denied in the demonstrations in Beirut. Not that there is a political link with the Orange Revolution, which at the end of last year swept away Leonid Kuchma’s pro-Russian and authoritarian regime in Ukraine. But the lesson of Kiev remains: thanks to new technology (satellite television for information, the Internet for criticism, text messaging for mobilisation) and an enormous desire for change, non-violent protest can beat even the most merciless regimes. These are the new weapons of those who want independence and democracy.

The November 2004 elections in Ukraine had been prepared for in advance by incredibly well-organised protest movements, including the celebrated Pora. The power and energy of the uprising in Lebanon owes everything to improvisation and was sparked by an act of terrorism which cost Hariri, who had recently joined the ranks of the opposition in protest at the arrogance of Syria’s presence in Lebanon, his life.

In the land of cedars the street movement might not be enough. Especially now after the show of strength by Hezbollah has led the Lebanese parliament to reinstate full powers to the recently resigned pro-Syrain Omar Karami. Pressure from the newly revitalised American-French partnership is essential, as is implementation of Resolution 1559 in which the UN Security Council demands the withdrawal of Syrian troops. But Lahoud is not Saddam Hussein and Lebanon is not Iraq. The ultimatum must be followed by a gesture, not least financial, to a political opposition that Europe can no longer ignore. From now on, foreign policy will no longer be played out in ministries but in the streets. Europe witnessed this close to home in the form of Kiev’s Orange triumph. Europeans must now act in the Mediterranean region if such American-style democratisation is not to mutate into a clone of the chaos in Iraq.