Terrorism is a real threat facing our societies, as shown by death of hundreds of civilians in the Madrid train bombing. But it must not be used as a carte blanche for politicians to do as they please 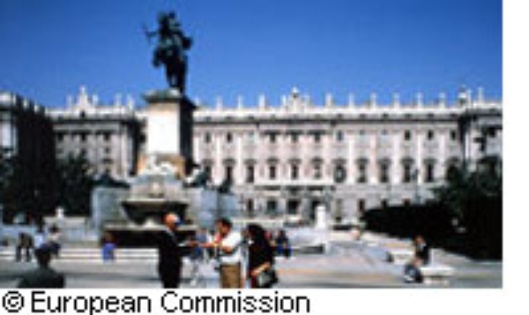 All is fair in love and war. This maxim seems to be applied by politicians to the war on terrorism. The occurrence, and fear, of terrorism is nowadays frequently used by politicians to further an alternative agenda. The Russians ward off foreign interference in the conflict in Chechnya by labelling it as a fight against terrorism. The Bush administration too has justified its wars in Afghanistan and Iraq by putting them in the context of the war on terrorism. It has also been able to get the controversial Patriot Act adopted in the wake of 9/11, which, just like the European Union’s current anti-terrorism proposals, includes points which have little or nothing to do with terrorism. Statewatch, an organisation monitoring civil liberties in the EU, alleges that 27 of the 57 EU proposals introduced just after the Madrid bombings last year do not deal with tackling terrorism at all; they deal with crime in general and surveillance instead.

Things are even worse on a national level. Take, for example, recent British legislation which allows suspects to be detained under house arrest without trial. This, of course, is not only useful in fighting terrorism, but very handy in any case where the government wants to remove unwanted elements from society on short notice. Opposition leader Michael Howard called this “using national security for political point scoring”. But this kind of action is not limited to the United Kingdom. In the Netherlands, politicians have coined the term “street terrorism” in a bid to win popular support for harsh measures against muggers and vandalism. Politicians have come to understand that any reference to terrorism is likely to smooth over hesitation that people might otherwise feel over undue restriction of civil liberties.

But there is also a great risk in using the issue of terrorism for political ends. That much became clear after the Madrid Bombings in March of last year. The deadly attacks took place just days before the Spanish general elections. The government of the then Prime Minister José María Aznar blamed the Basque terrorist group ETA, but it became increasingly clear that not ETA but a group of Islamic extremists was truly behind the attacks. The Spanish government's efforts to convince the world otherwise were seen by its own population as an effort to distort the truth for political gain. Aznar´s government was responsible for the unpopular decision to send troops to Iraq, something which was seen as a possible casus belli for the Islamist extremists that carried out the attacks. Aznar was thus believed to have pointed the finger deliberately in the direction of ETA. Popular outcry over this alleged manipulation greatly contributed to Aznar losing the elections just three days after the attacks. The Spanish people were not the only ones who were upset. Members of the UN Security Council had been persuaded by Spain to adopt resolution 1530, which stated that: ``The Security Council ... condemns the bomb attacks in Madrid, Spain, perpetrated by the terrorist group ETA´´ and felt embarrassed when they were proven wrong. Spain´s EU partners were angry because they felt that the Spanish government had put them in danger by not identifying the true perpetrators. As UN Secretary General Kofi Annan said: ``I think there is a lesson here for everybody.´´

That lesson should be that the issue of terrorism is too sensitive to be used lightly for political ends, whether it is to push a political agenda or to avoid being held politically responsible for being targeted by terrorists. Some have argued that it would therefore be a good idea to de-politicise the issue of terrorism as much as possible, for instance by partly giving the responsibility for fighting terrorism to supranational or intergovernmental organisations like the UN and the EU. Of course, independent watchdogs should then monitor whether these organisations themselves remain within reasonable limits when it comes to fighting terrorism. This combined approach would prevent governments from being able to use the fight against terrorism as a cover for implementing far-reaching legislation, and it would make it impossible for governments to distort the facts in order to protect their own political life. To this end, the EU has appointed a ´terrorism czar' in the person of Dutchman Gijs de Vries. However, his responsibilities have been limited. If the EU Member States were to take lessons from the Madrid bombings, they might be tempted to extend the EU´s limited responsibility for the issue of terrorism. Someone like De Vries should also check whether EU legislation proposed to tackle terrorism In the light of the political controversy surrounding those bombings however it seems more likely that de Vries will suffer the fate predicted by Belgian MEP Gerard Déprez, in that he will be ´more of a scapegoat than a crowned king´.