Learning the Lessons of History

The EU began as an economic project, but the ideals behind it were more noble than a simple wish for security. Further integration is necessary to realise these original aims 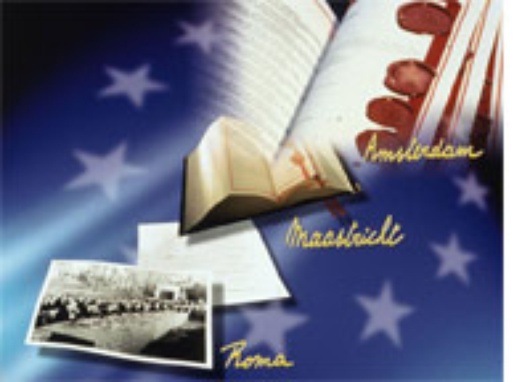 The EU as we know it today was born out of the events leading up to and immediately following the Second World War. With the end of hostilities in 1945 came the opportunity to design a model for the future of Europe, but from the outset it was clear that any integration would have to be balanced with the sensitive issue of national sovereignty, which has continually stood in the way of the development of a ‘federal’ Europe.

The European Coal and Steel Community (ECSC), which pooled the steel and coal resources of its member states in order to prevent another war in Europe, was the first step towards such integration. Its founding fathers sought to construct a European Union based upon an entirely supranational basis, whereby European initiatives would be superior to national laws. It is on this basis that less sensitive areas of European Community policy, such as trade and free movement, are still constructed.

Following the creation of the ECSC, the then French Prime Minister René Pleven sought to extend this idea to other key policy areas, starting with defence. Under his European Defence Community (EDC) proposal, Europe would have a single army under central command. This was a very bold step, but was seen as a way to protect Western Europe from the growing threat of Communism without Germany rearming itself independently of her European neighbours. While German rearmament was of obvious concern to the French, it was, as argued in the French National Assembly, the only realistic solution as it would have been a "strange idea to decide that in time of war the Germans [would] climb their balconies to watch the French going off to be killed for German freedom"(1). As is currently the case with the draft Constitution, public opinion was divided on the EDC and this, coupled with protracted negotiations, ultimately led to its rejection. The defeat of the EDC not only proved to be the fatal blow to the original mandate for Europe, but set the precedent for supranational economic integration with only ad-hoc cooperation elsewhere. To this day, this acts as an affront to a more federal Europe and makes today’s EU a rather ‘two-speed’ entity.

The problem of a two speed Europe

The failure of the EDC in August 1954 was to cause significant and lasting damage to original ideas for an entirely supranational Europe. Building on the success of the ECSC and the Treaty of Rome, the Common Market developed its own unique norms and procedures, yet other important but more politically sensitive areas, as the EDC had been, rather fell by the wayside. For several decades any initiatives in the more Sovereign-sensitive areas, such as Crime, came in the form of non-binding conventions and agreements, which even if adopted by Member States would almost always be done so subject to caveats and individual clauses. Although the Amsterdam Treaty marked a small step forward from Maastricht as regards these areas, real progress is too often hindered by the political ‘hot potato’ of national sovereignty. The idea that the EU may become some sort of ‘super state’ causes many politicians, and a majority of voters, to react to anything even erring towards federalism as if it were bubonic plague. The truth is that closer integration is essential if EU policy in key areas, such as the fight against terrorism, is not going to become increasingly fractured and convoluted. Take, for example, recent modifications to Criminal Law Cooperation where, because of the political sensitivity attached to such cooperation, Member States are given the scope to individually decide whether or not to accord jurisdiction to the European Court of Justice . Furthermore, ten months after the measures came into force, the policy is still not operative right across the EU because of political foot stamping. Closer integration and a more federal approach in these non-economic areas would render national political issues subordinate to good governance and stop Member States acting as a ‘law unto themselves’.

Will the Constitution satisfy this need?

So will the Constitution lead us towards a more federal Europe? The extension of qualified majority voting and the wider role afforded to the European Parliament will, in theory at least, make the EU more efficient and also give a more ‘federal’ feel to its operation. However, the way that each Member State seeks to satisfy its own agenda of self interest (‘red-lines’), coupled with governments’ need to appease a cynical and often ill-informed electorate, is likely to dilute any real sense of progress towards a more federal entity. This has, thus far, been illustrated in how the negotiations over the Constitution last December ground to a halt. If this is the case then, as with the rejection of the EDC fifty years ago, we will have spurned another opportunity to sensibly reform the EU so that it can better serve its citizens at the start of the Twentieth-First Century.