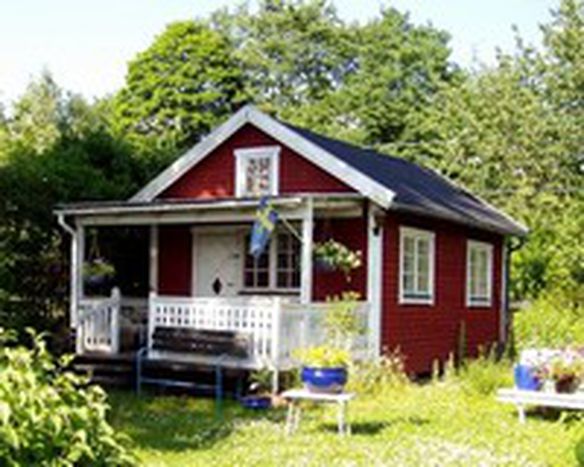 Sweden, with its cradle to grave welfare system and free market, is seen as the economic role model for Europe. But does it deserve its reputation as the land of the happy tax-payer even after closer examination?

In the decades following the Second World War, Sweden was able to develop a textbook form of economics: high gross domestic product (GDP) growth combined with full employment, considerable economic stability, as well as an even distribution of income. The causes of this economic ideal can be found in the fact that in Sweden, more so than in other European countries, two overriding aims for economic and social politics were agreed: economic security and a form of egalitarianism that is mainly characterised by the reduction of differences in income and the fight against poverty.

A glance at Eurostat statistics reveals that Sweden’s economy is in a healthy state. In 2004, GDP per capita, expressed in purchase power, was 16% above the EU average and has been growing at a faster rate than the rest of Europe for several years now. Meanwhile, unemployment is at a moderate 6.3% and inflation stands at 1.1%. These economic indicators apparently leave no room for doubt – a country can have a good economy and growth when it spends a lot on social welfare and taxes are high. Foreign delegations continue to make pilgrimages to Sweden in order to pick up tips on how to emulate the model of this welfare country. But is Sweden really a model example?

All that glitters is not gold

A closer look at the Swedish welfare state reveals that it also hides a lot of unwanted effects. The majority of expenditure on welfare benefits inevitably goes hand in hand with a huge public sector, high taxes and heavy regulation. As far as taxes are concerned, Sweden is at the top of the European chart. In 2003, the country had a total tax burden of 51.4%, whereas the 25 members of the EU had an average of just 41.5%. Together with Denmark, Sweden also has the dubious distinction of having the highest level of value added tax (VAT) at 25%

This exorbitant tax burden, together with heavy regulation, causes a lot of people to turn away from the state. The Swedish people are feeling more and more that they are living in a ‘nanny state’ and that all optional freedoms are being taken away from them. As a consequence of this, the people try and avoid the system wherever possible. Those that can afford it forego state insurance and receive treatment in private hospitals or send their children to private schools. Therefore, a second, steadily growing, system is emerging in parallel to the official one. Furthermore, quality in the state system is dwindling.

In the labour market, Swedes are also turning to the black market, which offers greater flexibility and fewer taxes. Malicious gossip has it that the only economic sector that is currently growing in the Sweden is the black economy. According to estimates by Dr Friedrich Schneider, a professor at Linz University, the unofficial sector made up 18.6 % of GDP in 2003. This huge black economy is becoming something of a vicious circle – the more people that carry out ‘cash in hand’ work, the lower the basis for tax assessment. In order to keep state expenditure at the same level, taxes must be raised further, thereby pushing more people towards cash-in-hand work. In addition, competition with the official economy becomes distorted and even harmful as a result of this.

The high tax burden also leads to substantial drops in productivity, because increasing numbers of people choose to take time off as working barely offers financial rewards. Either that, or they turn to cash-in-hand work. Productivity also suffers from the generous compensation paid for sick leave and the extensive catalogue of excuses that can be employed in order to stay away from work. This means that Sweden suffers from an extremely high proportion of absences from work.

Can Sweden therefore be hailed as the model example of how a generous welfare state can also achieve economic success? Taxes cannot continue to be raised indefinitely and a border also appears to have been crossed in the way that redistribution has been used as an excuse for imposing decisions on the people of Sweden. The signs of the times must be recognised before the system keels over completely. Redistribution must not be mistaken for egalitarianism and social security should not become a reason for people to avoid work.