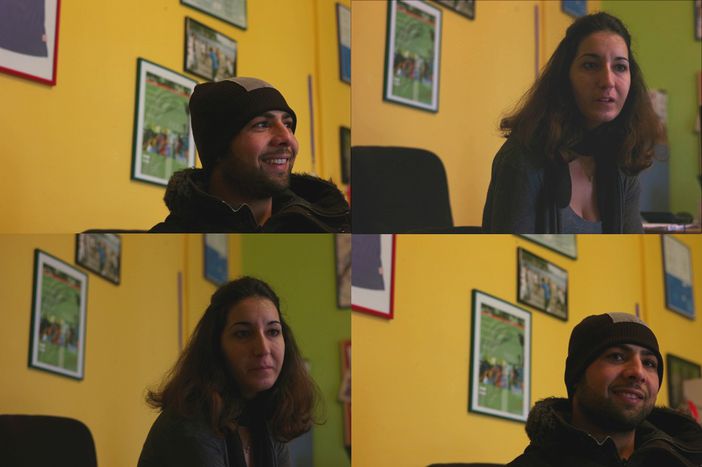 This important refugee camp in Podgorica of Roma hailing from Kosovo had their homes referred to by The Guardian as a 'stinking rubbish tip'. Yet the ambitious young people living there are future masters of hip-hop and their destiny

We are at Bratstva i jedinstva 4, a run-down building located on a big boulevard in Montenegro. The door opens and Dijana Uljarevic, who is in charge of programmes at the MNE Forum (non-formal education youth forum), welcomes us into a somewhat messy office space, a mixture of children’s games, concert posters and computers.

These homes often go up in flames

Konik is the largest refugee camp in the Balkans of which few know the existence of, according to a 2009 article in The Guardian. Over 2, 000 Roma live there in live in makeshift shacks built from scraps of wood, tin and other materials. These homes often go up in flames, and on snowy days like today, to the cold and leaks from the ceiling. Enough to go on a Home is a stinking rubbish tip for Kosovo's forgotten refugees angle as suggested by the British newspaper's headline. Great, especially since sympathy for the Roma has considerably improved in France, following the government’s massive Roma camps expulsion policy.

'I teach them not to be ashamed' 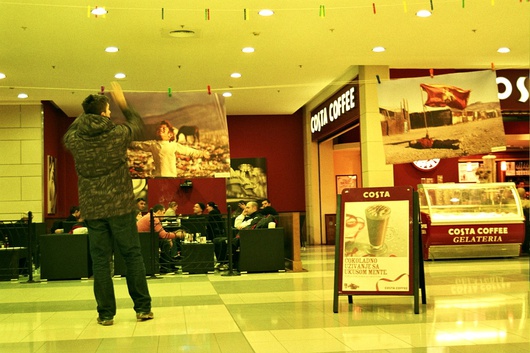 We're hoping to take pictures much in the style of those by the young Montenegrin photographer Pavle Calasan, which are being exhibited in a shopping centre in the city. Yet, before our departure Osman Mustafajarrives. It’s normal for former project participants to stop by. 'We are not often aware of the progress achieved in a project working with the youth,' notes Dijana. 'It’s often when they come back and tell us that they’ve found a job that we realised the degree to which it has worked.'

Osman is a good-looking lad with a radiant smile. The thirty-year-old arrived in Konik from Kosovo aged twelve, and has never looked back. His home is here. He is so rooted in the MNE that he has become an active member and is thinking about starting his own NGO, 'Involve the Roma Ashkali and Egytien youth of the Balkans' (UM RAE, Ukljuciti mlade Romi Aškalije Egipćani). He wants to raise awareness and listening to Dijana, you know from where he’s got it. 'The most important thing is dialogue,' says the young MNE mind. 'The international community, which subsidises most of our activities –the Montenegrin government being mostly absent – provides the food and other goods, but that alone does not suffice to develop the capabilities of the youth. That’s why we are here. To help hatch the abilities of individuals, their communication skills, talent, and so on.' This is materialised through activities, which is where Osman and other educators intervene. He vividly recounts the first karaoke sets he organised in the refugee camp, the first football match or when the kids descended down town to show-off their breakdancing skills. 'I teach them not to be ashamed of who they are,' he smiles. 'At their age, I suffered discrimination…'

It’s hard to simply draw a portrait of victims or to lament the state of the surroundings, even if all the ingredients are there. 'In 2003, 61.3% of the Roma population did not have an education; 21.3% has not finished primary school. Only 9.2% had finished and there were only six Roma registered at university between 2004 and 2005, four of which dropped out,' observe Sofia Söderlund and Elin Wärnelid in a 2009 study entitled Hip-hop and the construction of group identity in a stigmatised area. 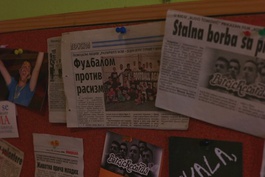 Osman is optimistic, for example about Aids awareness workshops. 'For most of the participants it is the first time at hearing this information.' In the satisfaction that following his talk 'many go to get tested, because the Roma population is the most heavily affected by the virus.' The potential of the young people that takes part in the Forum MNE activities inspires not only respect but also admiration. On the office walls hang newspaper articles dedicated to Barcic Record, one of the hip-hop groups to have come from Konik. Nevertheless, in their study of the positive impact of hip-hop in the Konik’s Roma identity creation, Sofia Söderlund and Elin Wärnelid collected stark stories on the poverty in camps one and two, where refugee families live on top of each other, underlining crime, prostitution and drug problems. The origins of the problems often arise from the same source, which is the lack in education. With 2007 figures showing an 82% unemployment rate among the Roma in Montenegro, education has become trivial.

Over there, the 'normal' people

The young breakdancers and rappers whose voices are heard in the study mention the boundary between 'them' and the 'normal' people; between downtown and 'us'. Some are resentful especially since they grew up in Germany before being deported here to the periphery. 'They didn’t let the Roma in,' remembers Dijana of the time when she went to a pub with Roma and non-Roma youth. 'They then apologised.' It’s a start. 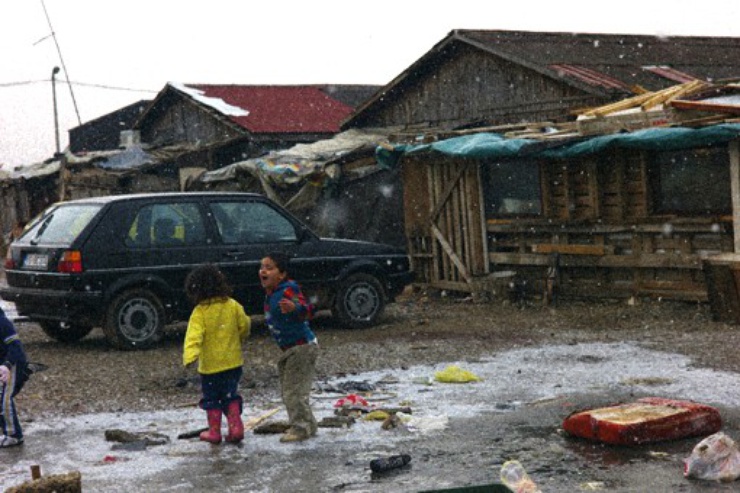 I head towards Konik camp one, where I have an appointment with Osman. The woman accompanying us in the car does not know how to get there. She stops, and asks around: nobody knows. Kids are playing in the snow in sandals and we end up drinking a coffee in her office. It’s close to the camp, but she had never walked passed it.

After Sarajevo, Montenegro. This article is part of the Orient Express 2010-2011, a series of articles carried out by cafebabel.com in the Balkans. Read our Orient Express Reporter manifesto to find out more