text and photographs by Alexandra Belopolsky

I've been following his strange creatures for years. Fox-like predators with sharp teeth, giant birds with menacing beaks, monstrous fish. All staring at the passersby through big, human-like eyes full of sadness.

You can see them all over Tel Aviv - on crumbling buildings and electrical cabinets, on walls and on rooftops, in hidden corners and in plain sight. Klone Yourself (or simply, Klone) is one of Israel's most prolific and creative street artists. His pseudonym is a comment on the modern lifestyle. "We all go to school, enlist in the army, carry smartphones, watch TV – it's a form of self-cloning. We all follow a norm. The point is to be a different type of clone, a clone of yourself, so to say. An original one". 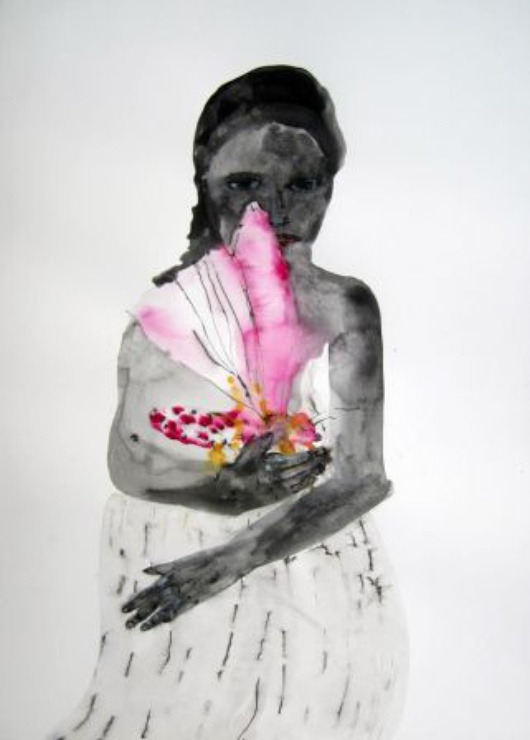 I meet him at his studio, in a warehouse in Tel Aviv. Looking at him you would never guess that this 29 year old guy, of average height and build and straightforward features, is the mind behind some of the most haunting images of the city. Throughout our conversation he never stops cutting shapes - on August 23rd he opens his first solo exhibition abroad at the Urban Spree gallery in Berlin, and there is still much work to be done. It will be a massive paper installation, mostly in black, white and brown, akin to the one he presented in Tel Aviv in 2011. Klone's art varies in accordance to the location – his gallery work, his street work and his studio work are all inherently different. "I believe that what's done in the street should stay in the street. A gallery is a completely different stage, and it needs to be treated differently in terms of space and medium". 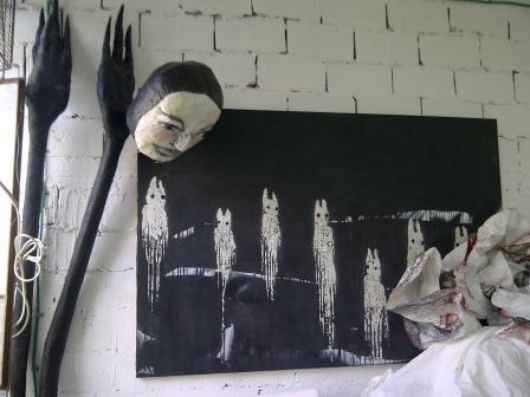 This moto is carried into his street art as well – he never repeats the same work, making it a point to create something unique for every place where he leaves his mark, especially in the past few years. "I no longer paint simply for the sake of there being a painting", he clarifies, "I paint for the sake of leaving a particular painting on a specific location". Recently, his palette changed as well, leaving the bright multi-colored works a thing of the past. "I don't see the need for color now", he says. "I can now express myself well without hiding behind the colors. A lot of times when you create a colorful work, the viewer is hooked on the colors. I like dealing with my subject by going down to the basics – black and white, and maybe an additional color. I think it tells a lot more about me as an artist, in the same way that a good sketch tells more about an artist than some amazing painting where you can't see the brush strokes". 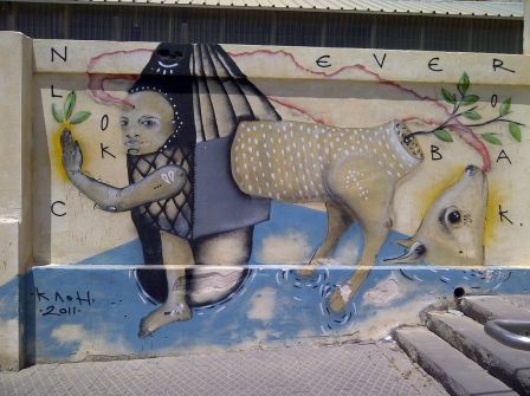 As someone working in a field where his work can be, and often is, destroyed at any given moment, Klone is more than comfortable with that risk. He has been known to go back and paint over locations where his previous work has been erased, sometimes several times on the same spot. But that, to him, is an essential part of being an artist, street or otherwise. "Things need to be erased and renewed", he states, presenting a philosophy that might sound radical. "Nothing should be eternal .I think it would do the art world a lot of good if we were to dilute about 10 percent of it every year. This incisive preoccupation with what's already been done… Just the sheer costs of storing all that! When they could have gone into supporting young art and new generations. How many people do you know who have actually seen the real Mona Lisa? Is that really important? It's already public domain as far as images on the internet go. No one has actually seen it. People know the image, they learn about it, but when you go to look at it you find some picture behind glass as thick as a wall and guards. You don't get to really see it." 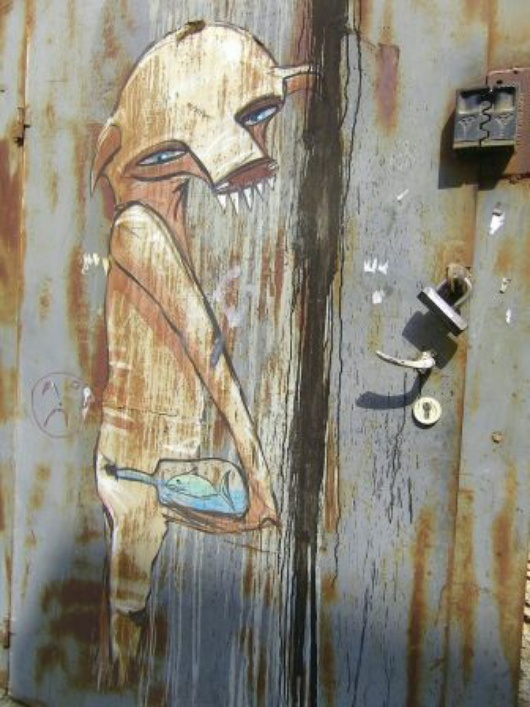 The Berlin exhibition came about after the curator of the gallery discovered online the book which Klone had independently published last year – a collection of works he describes as a travelogue. It was the curator's first encounter with the artist's work, in spite of the fact that there are places in Berlin (as well as Amsterdam, Paris and Saint Petersburg) where he left creative testimonies of his previous visits to the city. But perhaps it is understandable, since he makes sure to choose the less central and more run-down spots for his art wherever he goes. "I want to relate to a place that accepts me", he says when I wonder whether painting in a posh part of the city may not be considered as a challenge, to bring his world view to the people who want to hear it the least. "In an overly primped area the painting would look like mere decoration, regardless of how subversive it might be. The most subversive work, if you put it in a gallery in a nice frame, under good lighting, would look like something to be hung in some rich man's living room. I prefer to work in less groomed areas."

Yet groomed or not, painting in a city where he doesn't live is a completely different experience for Klone: "I'm not used to how the city reacts to me. It's a different vibe. When I travel, I stay in the city for a while and only then do I paint something. But it still doesn't feel like, say, Berliner art. It feels like my own art. When I paint in Tel Aviv it's different, it's a part of Tel Aviv. It's Tel Aviv art". 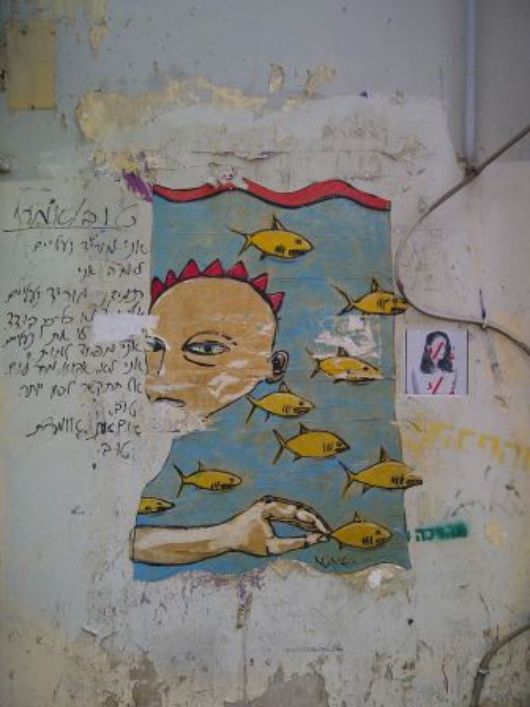 Klone was not, however, born in Tel Aviv. He was born in Kharkiv, Ukraine, back when it was the USSR. When he was 11 years old his family immigrated to Israel. The uprooting from his home and the displacement did not come easy for the young boy. Five years later he took up a can of paint and, years before evolving into street art, joined the world of graffiti tagging. For the young émigré struggling to fit in, it felt natural. It was a way of bringing himself out, of leaving his mark on Israeli society, of saying "Here I am!". He was not the only one – many graffiti and street artists were immigrants. They still are - Klone is a member of a group of artists, which include such locally well-known names as Know Hope, Foma and Zerocents – all immigrants. They hang out together, and often go out on painting missions together. Some might argue that perhaps it was the immigration experience that turned them into street artists in the first place. "Had we stayed in Ukraine, I would probably have become an engineer, like half the people there", laughs Klone. Seems as though design of urban spaces is in his blood, after all.