Khalid and the generation of mediators

Khalid Chaouki, President of the Young Italian Muslims organisation, has caused something of a stir with a manifesto published in Corriere della Sera where he attacks fundamentalism and promotes a multicultural society. 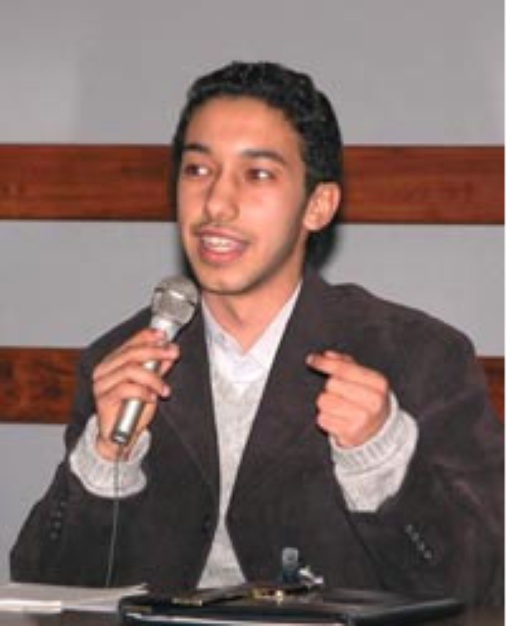 It’s worth getting to know the young Muslims who live alongside us better. It could be that Europe already has many of the answers it is looking for to face today’s challenges and threats. Just consider Khalid Chaouki, 21 years old, originally from Casablanca, and one of the authors of the ‘Manifesto against terrorism and for life’ published on September 2nd in Corriere della Sera. Khalid is a child of our times. Like so many of his contemporaries, he arrived in Italy aged nine to reunite his family with his father. In 2000 he founded the Associazione Giovanile Islamica ‘Il Mediatore’ (The Young Islamic Organisation ‘The Mediator’) with the idea of building a bridge between Islamic culture and the West. In September 2001 he was one of the co-founders of the Associazione Giovani Musulmani d’Italia (The Italian Young Muslim Organisation) which he led until 2003.

Khalid gambled everything on the strength of dialogue between different cultures and religions, “not dialogue that levels out differences and absorbs identities, but one that constructs positive comparison and enriches the whole community”. This is why he underlines in a manifesto which caused a great stir in Italy that he is “wholeheartedly and 100% against terrorism”. This manifesto has reunited Imams, leaders of cultural centres, journalists, women and young students. All are united in uncompromisingly attacking those who have exploited Islam through ‘an extremist interpretation which is wide of the mark, unleashing an aggressive war on terror against the entire world and the shared civilisation of mankind”. The context of this manifesto was the kidnapping of the French journalists Georges Malbrunot and Christian Chesnot in Iraq and the execution of the reporter Enzo Baldoni. But it also came at a time when Italy’s mosques were becoming increasingly radical (in Rome alone two Imams have been removed in the space of a year). “We explicitly say that Italian mosques must absolutely not be transformed into a Trojan Horse of fundamental ideologies and international strategies seeking to impose a theocratic and authoritarian Islamic power”.

…but don’t touch the veil

Khalid is the young face of a moderate Islam. Even so, this Islam does not hold back from claiming its identity. This is why Khalid took part in the International Hijab Solidarity Day held in London on September 4th which defended the right of Muslim women to wear the veil. He had already demonstrated his opposition to the French law banning conspicuous religious symbols in schools.

Khalid is a young moderate Muslim but he also thinks of himself as a young European. He is of the view that Europe should be constructed through better integration of immigrant populations. “Let’s take education as an example. For Muslims our aim is first and foremost to be citizens. Religion is important but it is a private affair. Secular, public and pluralist schooling is required” he declares to café babel. It would be constructive “to allow pluralist teaching of religion” in a Europe which is no longer only Christian. This is why he is against the institution of separate classes for Muslims, just as he is the financing of Islamic schools. “Separate schools do not help the good citizen of Islamic faith who needs to thoroughly understand the culture of the country he or she is living in. Our faith encourages us to see diversity as an opportunity and to get know other faiths, not to cut ourselves off”.

For Khalid, improving integration in a continent like Europe means above all recognising the central role of young people. He calls them “mediators” between Islamic culture and the West, “between the fathers and sons of our new Islamic existence”, between first and second-generation immigrants. Young Muslims see themselves as children of Europe, they are “the physical incarnation of the Islam which, over and beyond praying to Allah, works and studies alongside us every day”. Far more than their fathers, they are open to rediscovering “a common space of shared values and principles for positive cohabitation - the respect of law and liberty, two fundamental values of our civilised way of life”. The hand held out by Khalid and many young Muslims is an opportunity that Europe and Brussels should not waste as they get to grips with the thorny question of Turkey’s membership. Whatever happens, their voice will make itself heard. On the other hand, the motto that they have chosen leaves no room for doubt: “Protagonists with God’s help”.