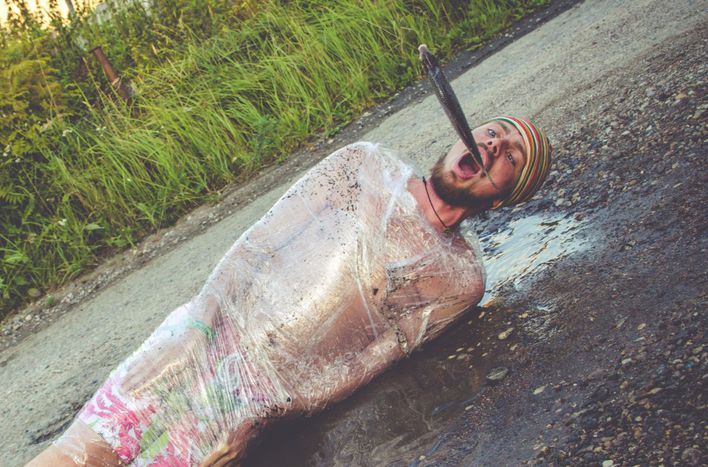 In and around Kaunas, streets seem to be so bad that people started to joke about them. The Lithuanian facebook community Ž999 thinks a good laugh is the best way to create awareness. So here is how they came to pose naked, ironing or sunbathing close to the numerous potholes of the country. 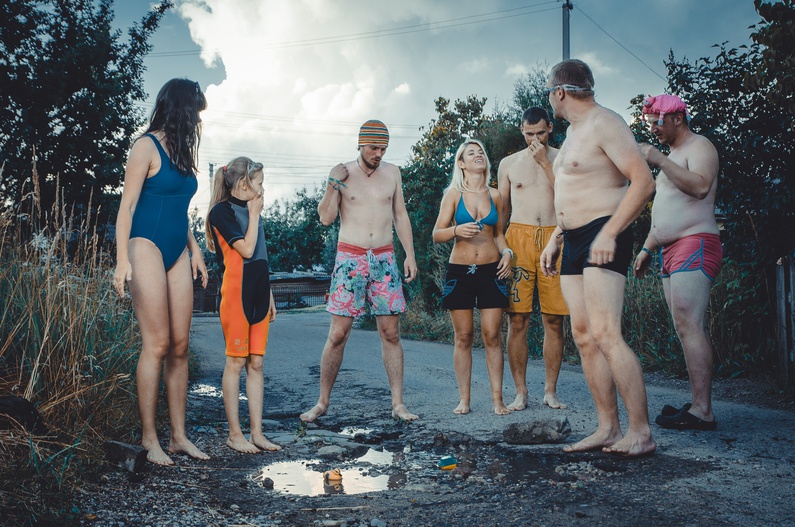 Our Facebook group Ž999 (1423 members) participates in a lot of outdoor activities and competitions like climbing, multisport challenges, tourist rallies, marathons, orientation competitions, etc. Before one of our usual bike excursions someone from the Ž999 group asked if we couldn't do some funny photoshoot for a change. 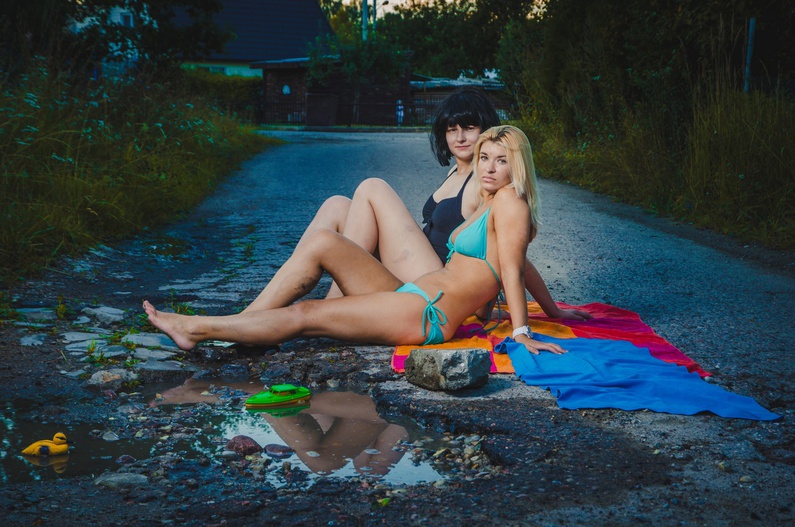 This is how we came up with the idea about the potholes in Kaunas. Here in Lithuania, we have already a bunch of jokes about the bad conditions of the streets in Kaunas. Of course streets aren't perfect elsewhere either, but historically — who knows why — all the jokes about bumpy streets are connected to Kaunas. 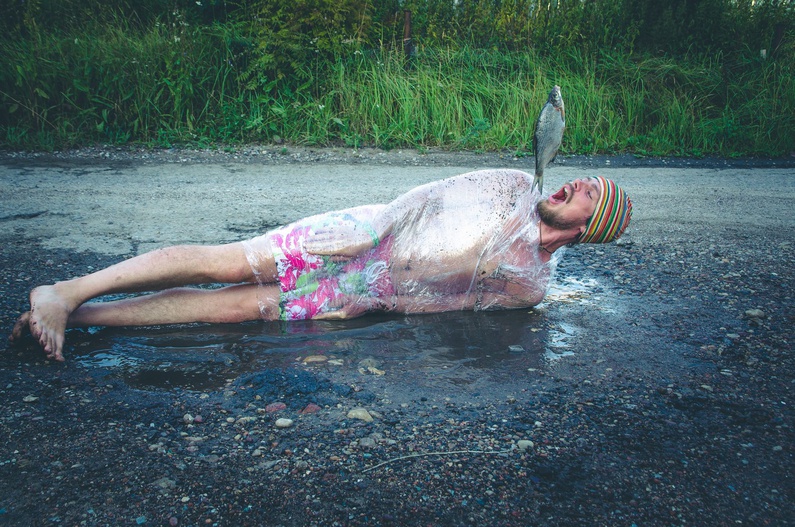 Usually, if the news portals take photos of damaged cars in a pothole, those are always from Kaunas. That's why we chose the city's surroundings to show people how to get used to the problem — by taking a bath in the puddle, having romantic picnics or fishing.​ 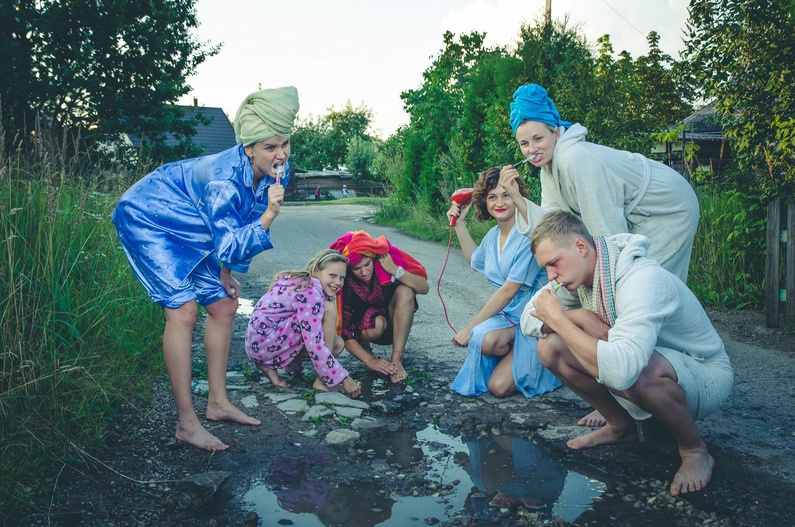 We believe that a sarcastic way of showing the problem is much more effective than lamenting about everything. It's our way to alert the government about the condition of the roads. 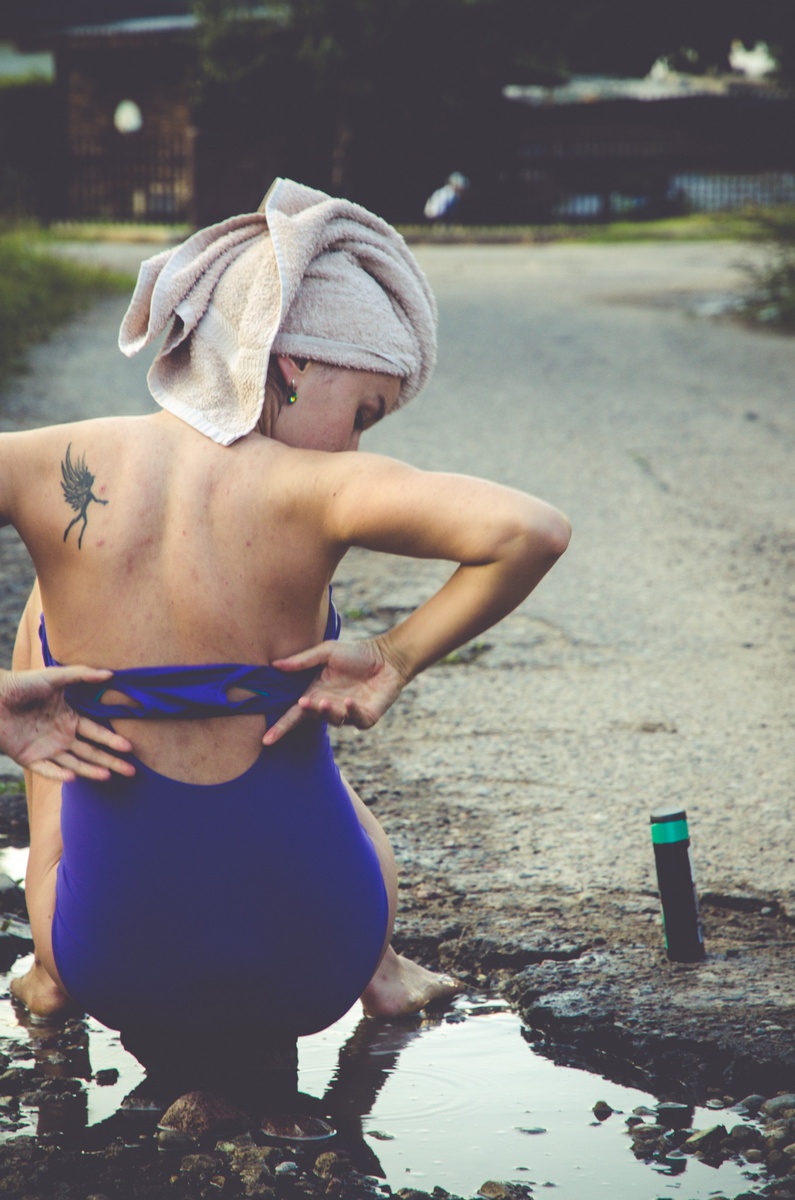 We don't want to offend anybody, with our series of pictures we want to brighten the day of those who face this problem everyday. 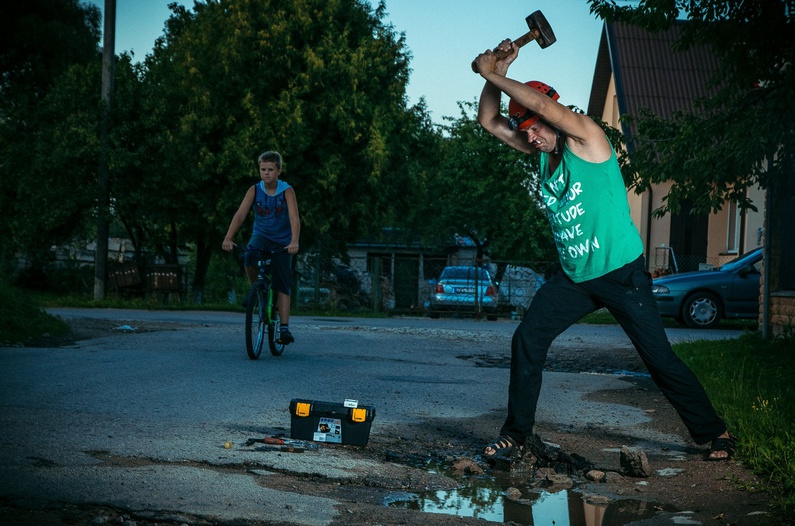 After we posted the photos on Facebook, boredpanda became aware of it and they were spread all over the world from the USA to Vietnam. Some of our members laugh about the fact that the photos were seen by more people than our local Lithuanian stars could ever dream of. 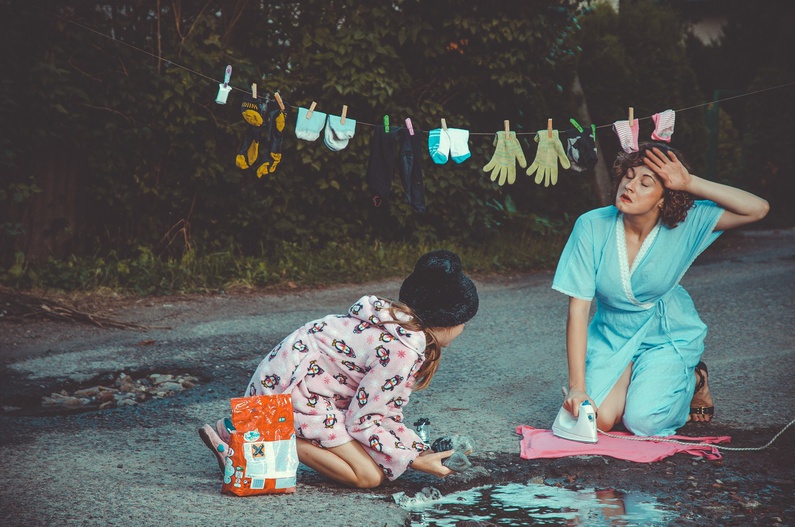 But our government actually stayed quite silent, they did not make any official statement. We observed though, that  the government is slowly acting and road workers are finally dealing with the potholes. 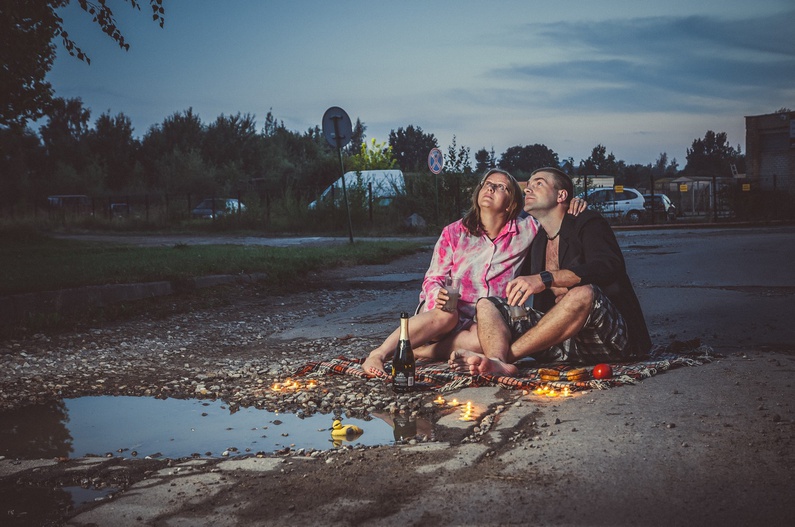 We only got very little negative feedback, but there's haters everywhere and we're all still alive. So, all in all, we can say it was a successful initiative for Kaunas. 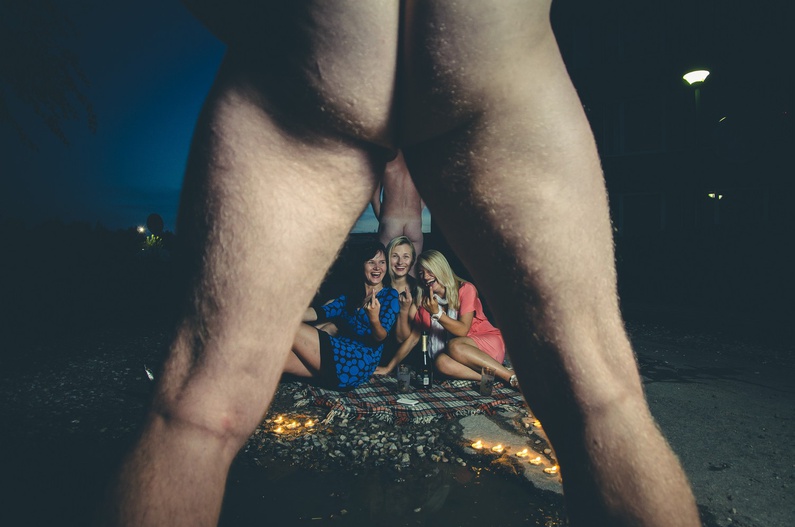