By Annabelle Hageman Photos: Council of the European Union Not even a month ago, all 27 Heads of State or Government where gathered in the Justus Lipsius building. Today, they are here again and nothing changed, well except maybe the Belgian Prime Minister.

The Council is still chaired by the Swedish Prime Minister, Fredrik Reinfeld as our President, Herman Van Rompuy will only chair as of January 2010. What hasn't changed either is the presence of the Cafebabel Brussels team.

You may ask yourself, why are they organising another Council. Again? Well, they have a detailed program for tonight and tomorrow as you can read on the website of the Council. The Heads will assess the state of negotiations at the Copenhagen conference on climate change and take the necessary decisions to contribute to a successful outcome. They will also deal with the economic, financial and employment situation in the EU. They call it: Building a competitive sustainable European economy. Of course, they will also exchange views on a wide range of other topics. 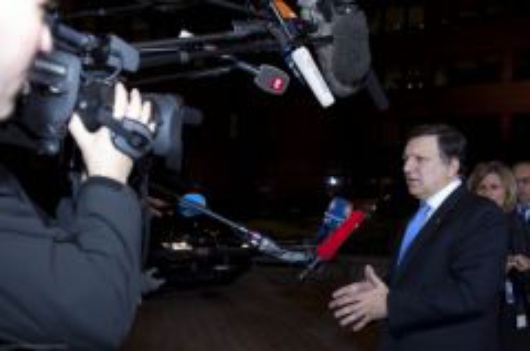 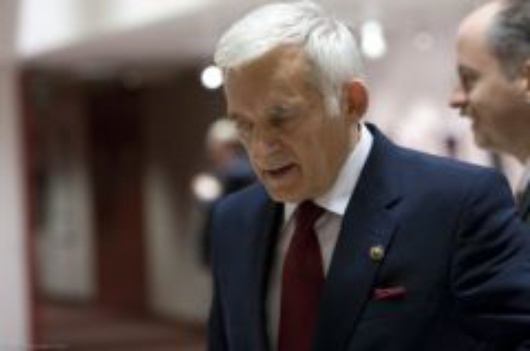 All 27 arrived already, together with José Manuel Barroso and Jerzy Buzek among others. This time, there was no protocol order and most personalities had the time to exchange some words with the press before entering the meeting. The first part of the summit, the meeting with the President of the European Parliament Jerzy Buzek, started at 5 p.m. While waiting for the start of the press conference with Mr. Buzek, the Italian journalists just received some officious information from some government officials. After this short briefing the journalists start to chat cosy with those officials. Again, it is clear how thin the line is between a journalists and officials. 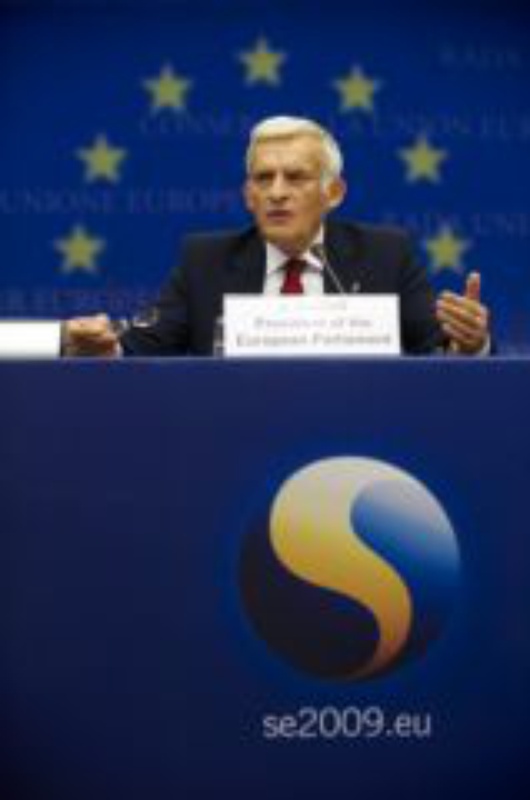 Meanwhile, the press conference with president of the EP started with - I have to say - a poor audience. It wasn't necessary to be present because Mr. Buzek didn't tell a lot of new things. Most of the remarks he made for the Council and the press can be found on his website. He recalled the fact that the European Parliament will have a vote on the new European Commission on January 26, after first having hearings in Brussels and Strasbourg.

Jerzy Buzek discussed several important issues that the Council should talk about. The first is COP XV, where he thinks a good climate solution is needed for good climate in international relations. He recalled the Parliament's view that it is important that all states, the developing countries included, reduce their pollution in the coming years and it is up to the European Union to help those that cannot afford it. To do this, the Council should take specific measures and a percentage of the EU Budget reserved for this goal. He emphasised the fact that a joint effort from all EU States is needed in order for the Copenhagen Conference to be successful. 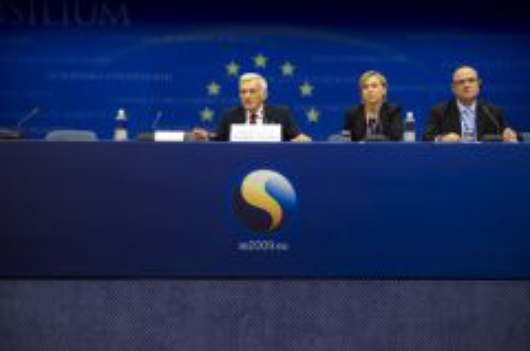 Mr. Buzek also stated that it is important to have a EU Development Plan 2020. On the Draft of the European Commission for the building of a more modern and greener social-market EU economy, he said it should be boosting the employment and be understood by all citizens. What Buzek emphasised even more was, what he called one of the big projects, i.e. an European Energy Community. This Community would, just like the Coal and Steel Community more than 50 years ago, enhance energy supply and security and promote efficiency. It is, according to Buzek, recommendable for the European competitiveness on a global scale. He recalled the fact that the bilateral talks of each country with Russia and other suppliers bring tensions and divide Europe. There shouldn't be any competition and the EU should start joint negations with its neighbours and energy suppliers of the Third World. Buzek did not set any deadline for the Energy Community but it should be start up as soon as possible.

The President of the European Parliament also discussed with the Council the EU Budget and the Stockholm Program which is based on citizens' security. As for the 18 additional MEPs that are entering the European Parliament under the Lisbon Treaty, Buzek stressed the importance to take care of legal issues first before any arrangement can be made with the Heads.

All this should, according to Buzek, be based on the solidarity principle and the ways of consensus. He closed his press conference with the beautiful words: "Problems should be solved by more Europe, not less Europe". Let's see what the Heads of State and Government have in mind…