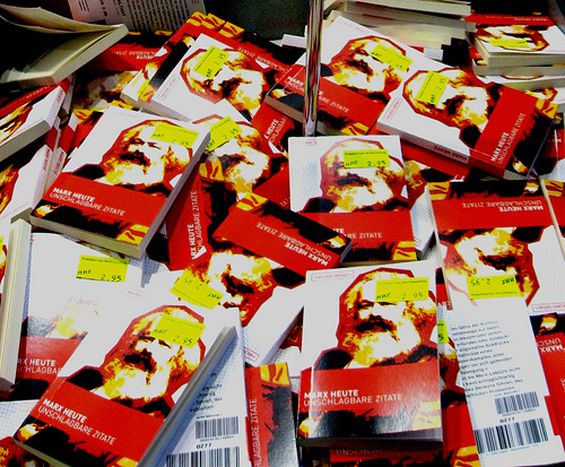 June 2009 European elections: everyone to the left!

Three new ‘left of the left wing’ parties were created in 2008 in France alone. Across the whole continent, anticapitalist voices are gathering together, with their sights set on the 2009 European elections, for better and for worse

‘Enough is enough!’ The new leitmotif of French politician Jean-Luc Mélenchon and his comrades in the brand new Parti de gauche français (French left party) reflects the sentiment amongst the extreme left across Europe. It’s no longer a secret – socialists are suffering from a massive, paralysing identity crisis. And there’s worse! They are chummying up to the enemy. The modern left has to make compromises and accept a certain amount of flirtation with the right or centre-right, in order to gain power. It is not surprising then that certain more militant socialists no longer feel at home.

The internal quarrels infuriate those with a more extreme political stance, who are responding to the crisis by their own means, creating their own political groupings. Weakened by the fall of communism and the conversion to capitalism in former soviet bloc countries, parties of the extreme left have stayed in the shadows. But recently the winds have changed: with the ‘no’ to the constitutional treaty from the from the French and Dutch, the ‘no’ from the Irish to the Lisbon treaty and now the financial crisis, the far left is trying to take advantage of this situation and is taking on the revolt. With the current need for society to take action and disillusionment with the capitalist model mean this really is the moment for the left to take centre stage politically.

France: the neo-communists are everywhere! 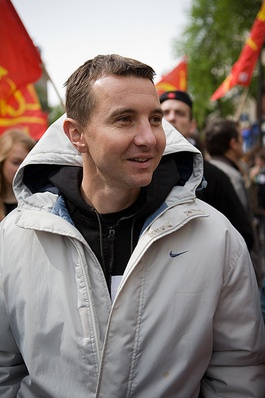 New groups are taking their place on the political scene, made up of trotskyists, communists and anarchists. Not one, not two but three such parties have been created in France alone! The spokesman for the French Ligue communiste révolutionnaire (revolutionary communist league), Olivier Besancenot (pictured), is launching the Nouveau parti anticapitaliste (new anti-capitalist party] in January 2009. The project has its roots in the French presidential elections of June 2007. Those fighting for social justice and ecological issues are rallying together under the same banner and making the most of Besancenot’s popularity. That’s one!

Then there’s the left party, founded dissidents from the socialist party Jean-Luc Mélenchon and Marc Dolez in November 2008, after the motion they tabled at the Reims congress (the thrice-yearly conference of the French socialist party) received very little support. That’s two! The new party is inspired by Die Linke (the left), a German group formed in June 2007 by the fusion of the stalinist party from former East Germany, the PDS, and dissidents from the SPD (the social democrats). 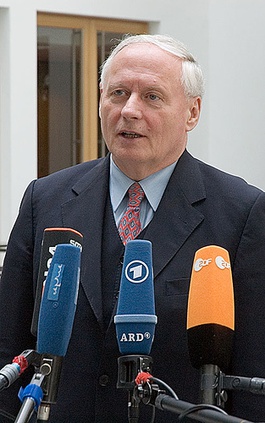 Under the direction of Oskar Lafontaine (pictured) and Lothar Bisky, Die Linke advocates antiliberalism and democratic socialism. A member of the party of the European left and the extreme left group in the European parliament, EUL-NGL (European united left – nordic green left), the group had attracted 73, 455 members by April 2008, and won 54 of the 614 seats in the Bundestag. Whilst in the polls the SPD in free fall, seeing electors slip through its fingers, Die Linke is marking its territory in German politics.

The former head of the French communist party, Robert Hue, also launched his own ‘political association’ in mid-December 2008, baptised the Nouvel espace progressiste (new progressive space). Three! Hue distinguishes himself from his comrade Mélenchon by talking about a ‘network of militants across France’ which could give rise to a ‘new progressive force’. The leaders of these new parties all want to ‘federalise the left’, each in their own way. Spot the deliberate mistake . . .

In Europe in general, the ‘social democrats’ rarely dominate the national political scene. They ‘accompany’, living vicariously by clinging onto the opposition. In Slovakia, the social democrat party even allied itself with an extreme right party in a coalition government. In Spain, however, Izquierda Unida (the united left), a coalition of left-wing parties recently appointed a communist leader after attempting an alliance with Zapatero’s PSOE, the Spanish socialist workers’ party. The new leader, Cayo Lara, has already announced the possibility of a general strike if the government’s economic policy ‘continues in the same direction.’

Aim: a united front at the European elections 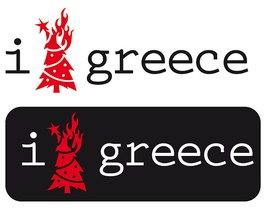 With the elections for a new European parliament for the next five years fast approaching, the parties must organise themselves on several levels. Will the factions of the left succeed in working together? The extreme left seems ready for action, led by the party of the European left. ‘We are fighting to set Europe on a new course. Following the French and Irish ‘nos’ we, the party of the European left, have not put forward a clear alternative. The challenge of these European elections will be to force a debate on a new Europe,’ explains Helmut Scholz, international director of Die Linke.

Mélenchon’s French left party calls for ‘a union of the forces of the left in the European elections,’ envisaging an alliance with the president of EUL-NGL, Francis Wurtz. In the 2004 elections, the group of the European people’s party and European democrats (EPP-ED) won the majority of seats, followed by the party of European socialists (PES) with 268 and 200 seats respectively out of a total of 732. The EUL-NGL won 41.