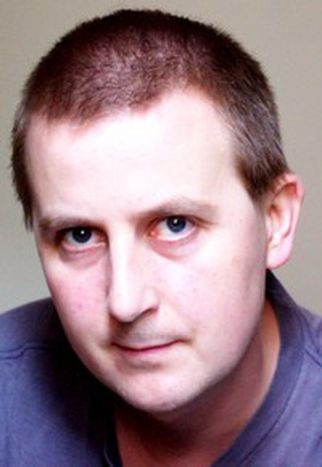 Julian Baggini: 'the English see themselves as naturally superior'

After living in a typical northern England 'everytown' for six months, the 38-year-old English philosopher concludes that Britain and the EU will never be easy bedfellows

Julian Baggini describes his first small, carefully placed steps out of the Yorkshire coach as a paradoxical experience. The London-based freelance journalist, 38, had come into close contact with intelligent life forms north of the M25 (motorway encircling London). It felt 'at once entirely familiar, and at the same time utterly alien. None of my arrivals into foreign lands had unsettled me this much,' the globetrotting philosopher reminisces.

Founder and editor of ten-year-old The Philosopher's Magazine (aka 'TPM', published four times a year), Baggini also writes for a myriad of British dailies such as the centre-left Guardian, whilst managing to churn out the odd popular publication. Having in the past reflected on the deeper meaning of Big Brother and the Simpsons, the theoretician has now got his inquisitive eyes set on English culture. He let a semi-detached house in suburban Rotherham, south Yorkshire, as part of a six-month 'experiment' for his latest book, 'Welcome to Everytown: A Journey into the English Mind' (Granta, 2007).

It's fairly easy to picture Baggini mingling with northern pubgoers. For someone of his profession he is surprisingly extrovert, an upbeat cockney accent masking his Italian roots. This cheerfulness didn't always put him in sync with his nucleus of drinking companions. 'Decline was a recurring topic of conversation. The worst pessimist was this fifty-something white-bearded guy named Pete. If I expressed the view that maybe it wasn't all bad, he'd say: 'You haven't been around as long as I have, Justin' - he never got my name right.

Baggini's gaze follows the black cabs whizzing past outside, as he ponders about the perennial city vs. suburb conflict. 'It isn't all that clear-cut,' he argues. A basic thought experiment proved illuminating in this regard. 'Whenever I found myself thinking negative thoughts about Rotherham, my trick was to turn this around and look at the kind of life I have in the city. And what you often find is that you are equally guilty. For example, it seemed very evident in Rotherham that people don't go out as much, they stick to what they know. But then the urban middle class - whose self-image is much more adventurous - also stick to what they know most of the time. Even when they go on holiday they stick to places where people like them go to.'

Baggini has little time for Chancellor Gordon Brown's recent trumpeting of Britishness. 'What it feels like to be British is very different if you live in a suburb, a city, London or the countryside. We tend to see it through the filter of what we know. The only thing that is shared is a sense people have that they are English. What they do not share is a particular belief of what it means to feel English. The whole government agenda to instil a sense of Britishness in people is thus fundamentally misguided.'

For instance, British football fever is completely lost on the intellectual. Watching a match with Rotherham fans proved particularly unnerving for Baggini. 'They were nakedly partisan. Fouls by the opponent were always considered so blatant. The referee who didn't spot them was rewarded with calls of 'You don't know what you're doing!' or, more bluntly, but besides the point You fat bastard!'

The researcher's personal objective was therefore quite humble. He simply set out to 'speculatively' pinpoint a number of 'implicit philosophic beliefs' held by the majority of the population. The set of values that surface - pro-family, puritan, anti-intellectual, illiberal, conservative with a small 'c' - can quite easily be mapped onto many other Western nations, including my home country the Netherlands.

Nonetheless, they do challenge conventional wisdom. While England is often earmarked as the bedrock of liberal democracy, in actuality it's a hotbed for what Baggini calls 'conservative communitarianism.' 'British people are consistent communitarians. This basically means they think that you don't get rights and privileges in virtue simply of being a member of the human race. They are not just universal. You have them conditional upon you being an active member of a particular society.'

This political attitude is hardened by Britain's geography: subsisting on an island has made many Brits a tad isolationist, Baggini warns. 'Is England part of Europe? It does see itself as separate in some ways. Most places in the world are parochial, but because of our status as an island and our imperial past, I think the English see themselves as naturally superior in ways other countries do not. Not even France, which has more nationalistic pride than England.'

The main European divide - as identified by the philosopher - lies between the northern and southern hemisphere. 'The main split in western European outlooks is between northern and southern Europe,' he observes. 'The cold, dark Protestant north seems to have a more puritanical outlook than the warm, Catholic south. The latter, rather paradoxically perhaps, is more socially progressive in many ways. So, for example, the Germans would recognise the British attitude to alcohol as they too consume large quantities of beer, whereas the Italians find it very odd indeed.'

Besides broadening his cultural horizon, Baggini's stint 'up north' proved socially enriching. 'In a weird way, out of all the places I've lived, this is actually the place I've become most a part of. I've stayed friends with people in the area and have been back to see them.' Indeed, he hints at the possibility of marrying a Rotherhamite. 'Maybe, though not likely.' Even philosophic investigations have their limits.