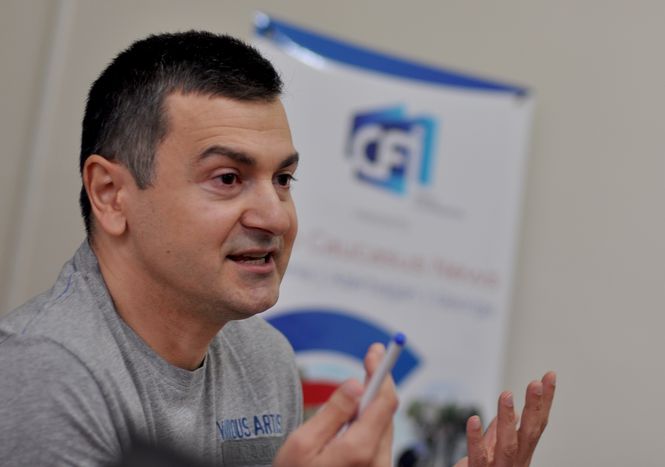 ‘Gloomy’ is how the correspondent of reporters without borders (RSF) in Georgia describes the media situation in the South Caucasus countries. Self censorship, governmental pressures and democratical regression after the rose revolution of 2003 are mining the field of journalism, says the man who is also a blogger, film director and producer

cafebabel.com: Irakli, what are the problems of post-soviet era medias?

Irakli Berulava: Firstly, there is editorial self-censorship. Most editors try to remain on good terms with the authorities. They don’t let journalists write anything they consider to be ‘interesting’. High unemployment rates mean that journalists have no choice but to continue working in this style. Low wages are also a problem for the local media because it reduces the quality of the content.

'Even when colleagues are attacked, most journalists prefer to keep silent about it'

Secondly, there is the the narrow-minded mentalities and conservatism of Caucasian societies. Journalists prefer to write about religion but not about violence against non-conformist citizens, whose voices remains silent. The main media ignored a recent case where a photographer was arrested. They do not show any solidarity. Even when colleagues are attacked, most journalists prefer to keep silent about it. Lastly, there is also lobbying and the lack of transparency of the media. The media has turned to closed corporate entities where the same faces have been working for decades. Fresh material is mostly recruited from the friends and relatives of the chief editors of newspapers or TV directors. In this situation, the most vulnerable sections of society like cultural minorities have no chance to be heard.

cafebabel.com: Did the rose revolution of 2003 improve the freedom of speech in Georgia?

Irakli Berulava: Georgia has lost the opportunity that the rose revolution created. Now I see only regressions when it comes to the freedom of speech. For example, after 2003, the opposition TV channels became pro-governmental and many others medias just shut down. The situation can change only if new people appear in the government. If it were more open-minded, younger talented journalists would have more chances to work.

cafebabel.com: Finally, how do you see the future of journalism in the South Caucasus?

Irakli Berulava: There has always been a small minority of open-minded and well-educated creative students who are also called ‘liberals’, be they in Georgia, Armenia or Azerbaijan. Some of them even study at western universities. A new generation of twentysomethings will be the chance to change the system. It depends on who will come into power after the old faces leave journalism. The current system shouldn’t reproduce itself.

By Hrant Mikaelian. This is the third in a series of articles published by cafebabel.com’s partners this autumn, EuroCaucasus News. The journalism, multimedia and Europe project for students from Armenia, Azerbaijan and Georgia is organised by Canal France International (CFI). Read more information on the official blog