Journalism of the future

New forms of journalism are defying A. J. Liebling’s quip that “freedom of the press is limited to those who own one”. But is this a good thing? 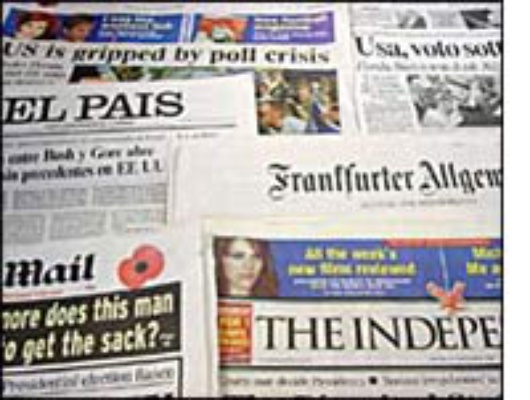 “We live in a time when political passions run high, channels of free expression are dwindling, and organised lying exists on a scale never before known”, wrote George Orwell in 1943. Perhaps few today would disagree with his first and last sentiments, but inhabitants of the 21st century have benefited from the global explosion of new channels of free expression. Regardless of your credentials, if you have an opinion, you now have the means to disseminate it.

Out with the old

Traditionally, journalism has only had limited outlets, most of which were reserved for ‘qualified’ journalists and had a tightly controlled editorial agenda. Over the past decade these boundaries have been broken as we have moved into an era of participatory journalism. The chief reason is the Internet, which has evolved into a platform where we can all become journalists.

While the majority of the EU’s 215 million Internet users access the web for passive activities such as fact checking, reading or looking at pictures, increasing numbers are becoming de facto journalists. By posting the fruits of their own research or experiences on the Internet, it can be said that people are participating in a new form of journalism. One need look no further than café babel to witness this phenomenon: 30,000 people visit the site each month to engage in serious discussions about politics and culture. The articles themselves are voluntary contributions by people dotted around Europe, and then readers are free to carry on the debate in chat-rooms.

In with the new

However, it is the blogging (web logging) phenomenon that has been identified by mainstream media (MSM in blogspeak) journalists as the chief threat to their trade. Empowering the citizen journalist with a cheap and accessible medium, blogs are uncensored online journals. Punchy, rabid, revealing, irreverent - often untrue – they are an unhindered free-for-all.

The vast majority of the estimated 10 million blogs are anecdotal forums for gossip and small-talk. But if the content of some blogs is considered smut in open democracies, it is an influential act of defiance in large chunks of the world where basic freedoms are denied. In China, a young woman, Mu Zimei, gained notoriety after posting revelations about a tryst with a pop star on a website. Although the Ministry of Propaganda banned publication of her book and the state-run press attacked her “extremely depraved moral quality”, she became an underground hero and a symbol of the quest for personal freedom. Zimei’s blog clocked up 20 million hits, stimulating a debate that has encouraged millions to engage in frank online discussions about other issues that were once taboo.

Thus, the Internet has unleashed a potent bottom-up form of journalism that is a thorn in the side of government control. What’s more, the transnational nature of the Internet gives people a new window to the world, which they otherwise would not see. Recently, people turned to the Internet for microcosmic accounts of the dramatic events that unfolded in Ukraine. Instead of relying on the accounts filed by western mainstream journalists, eyewitness journals provided a fascinating insight into the mood of the nation, offering foreigners the chance to share the emotions of the historic participants in the Orange Revolution.

Blogging has grabbed the headlines, but in fact it is just one dimension of the revolution in participatory journalism. Interactive television and radio shows were a novelty in the early 1990s, now they are commonplace and ordinary folk are invited to share their personal experiences with the audience. Once, the voices of ‘news’ and ‘expert analysts’ were the reserve of the great and the good. The traditional media channels (print, radio, TV), the political establishment and businesses have all adapted to embrace the people. Most major publications and broadcasters have websites with open chat-rooms, which offer the chance to air your views. Another example is the video diary. Advances in technology have made digital cameras so cheap that it’s easy for Joe Public to record a story on film. Once the filming is complete, it can be easily edited on the home PC. The end product is a professional quality film which, when uploaded onto the computer, has a potential audience of millions.

The question of whether participatory journalism really is ‘journalism’ is a prickly one, but critics who dismiss it as an ersatz form of journalism miss the point. Unlike established media, participant journalists do not trumpet themselves as beacons of objectivity or monopolies of truth. If developments like the Internet have triggered more public debate about important issues, surely that is a good thing? Curiously, at a time when voter apathy and disenchantment with politics seem to be at all time highs, expressing your opinion is booming. The name of the game is engaging as many people as possible. Participation is embedded in the notion of contemporary journalism, whether MSM stoics like it or not. Its beauty is that it gives the ordinary citizen a soap-box direct to the consumer. Public opinion, once monopolised by organs of the state and later extended to a free press, is being redefined as it grows yet more plural. I think Orwell would be delighted.