Dogmatic, conservative, inflexible? The new pope, Benedict XVI, could yet surprise you 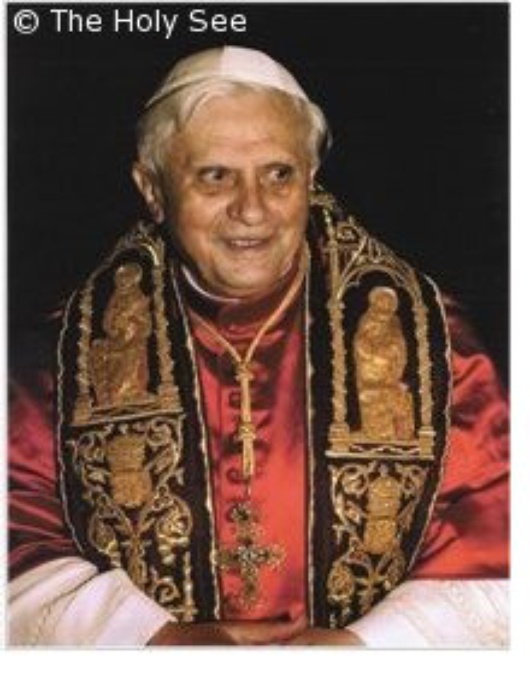 According to the papers, he is "dogmatic" (Libération), "conservative" (Suddeutsche Zeitung) and "inflexible" (Repubblica); all in all, the devil incarnate. As far as commentators on the Left are concerned, the Church has made the worst possible choice in terms of its future by electing Joseph Ratzinger, a high-ranking 78-year-old Bavarian, as Pope Benedict XVI. Why? Because all is not right with the world, Iraq has been invaded and then the Church goes and chooses a "neoconservative" Pope, the George Bush of the Catholic world, a heretic-terminating Inquisitor, a centralising anti-ecumenical who sends a shiver down the spine of those on the periphery of the Catholic Church.

For Ratzinger, the EU is a threat

Such a reaction is certainly understandable. As prefect of the Congregation for the Doctrine of the Faith (formerly the Inquisition) since 1981, the former Archbishop of Munich fought to squash dissidents within the Catholic Church. His tenacity against Liberation Theology, the 1980s movement founded by the Brazilian theologian Leonardo Boff and accused of being too closely tied to politics, is well-known. Not only that, Ratzinger is also the bridgehead for the ecclesiastical movement which thinks today's EU is the cause of countless threats:

- the threat of Turkey's possible membership, which he spoke out against during an interview with Figaro Magazine last summer, before the Church had taken a position on the matter.

- the threat of all those "-isms" (relativism, libertinism, liberalism, etc.), which the new Pope Benedict XVI denounced during his sermon which opened the Conclave on 18 April, and behind which lie the issues of gay marriage, abortion and therapeutic cloning;

- the threat of a continent which doesn't want to recognise its real identity by including a reference to its "Christian roots" in its Constitution, something which Ratzinger has bitterly fought for since 2000.

But it would be hypocritical to limit our reactions to indignation and surprise. Ratzinger certainly won't follow in the footsteps of Pope John XXIII, craftsman of the Second Vatican Council, Vatican II, in 1962 which modernised the Catholic Church as never before. Instead, he will follow on from John Paul II who, according to many commentators, was strongly opposed to opening up the Church. In reality, it was Karol Wojtyla (John Paul II), a close personal firend, who nominated Ratzinger for the job as Prefect of the Congregation for the Doctrine of the Faith, President of the Pontifical Biblical Commission and the International Theological Commission, as well as Vice Dean of the College of Cardinals (1998). It could be said that Wojtyla, through his decision to make the Church more open to other religions, his statements of mea culpa for the Church's misdeeds, his anti-communist activism and his calls for peace, had already become a sort of Foreign Affairs Minister for Ratzinger towards the end of his pontificate. Inside the Church, it was the Bavarian Cardinal's hard line which prevailed. A line which was shared, amongst others, by John Paul II himself.

Should we therefore resign ourselves to a “neoconservative” Pope? His choice of name would appear to indicate we need not, as the last Benedict, Benedict XV (1914-1922), is remembered for being strongly opposed to the Great War. But as pacifists the world over rejoice, the hypocrisy continues.