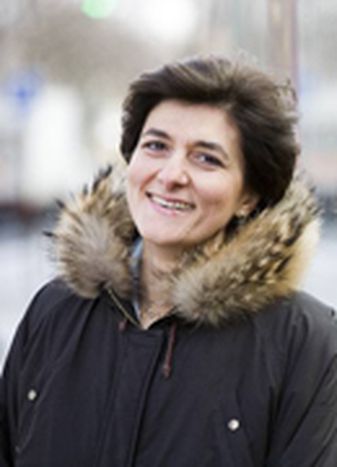 Sylvie Goulard, 42, calls herself a 'French European'. The president of the European Movement in France (MEF) has just published Europe for Dummies, in which she clearly explains the A to Z of the construction of Europe and its advantages. The idea: to explain at which point 'the community adventure is extraordinary', even if a bit broken. In order to resolve the numerous blockages, a new constitutional treaty should be approved by December in Lisbon.

At the heart of the treaty's text is an elected president (mandated for two years and semi-renewable) for the European Council, a foreign policy minister (who will not be called a 'minister' in order to keep the British happy), with his own diplomatic service at his disposal, and a charter of fundamental rights for citizens (although not to be enjoyed by the English). The Poles are satisfied that they were able to compromise with Brussels, after insisting on having more votes at Germany's expense with the new system of qualified majority voting, finally postponed (http://www.iht.com/articles/2007/06/24/news/poland.php) to 2017. Oh, and all hints of a European anthem, a flag and the Euro have disappeared.

What do you think about the fact that the treaty doesn’t contain any mention of a European anthem?

I am really disappointed, but what is important is the compromise reached here between the 27 member states in order to escape the cul-de-sac in which the French have thrown us in.

Has this treaty not been botched up?

No, it has been ten years in the making, ever since the treaty of Amsterdam.

… but have we not evaded the public European debate?

As regards the methodology, there has been a regression, a deplorable return to diplomacy. In any case, nobody wants to push reforms back another ten years, although everyone knows this new treaty is not going to last forever.

What must we see as the main advantage of this new treaty?

Do you think that Javier Solana (current foreign policy and security representative) should remain in his post once the treaty has been approved?

Although Solana has all the skills and experience necessary for this post, in the majority of the democratic states after this time it is important to take a step back into the past (the Spaniard Javier Solana has been EU high representative for the Common Foreign and Security Policy for nearly eight years).

Without a doubt Joschka Fischer, the former German foreign affairs minister for eight years. He has the necessary experience to deal with the super powers and has a strong personality. Furthermore, he comes from a country very much involved in the European construction process, one of the founding states of the EU. That said, he is not the only who would merits this position, former Italian prime minister Giuliano Amato, for example, also fulfils those criteria.

Have you often met 'dummies' in the sense of European matters?

Yes, especially when I have dealt with ministers and superintendents. The average person often finally understands Europe better than those who look after their personal interests or those of their wallets.

Are these 'dummies' from younger generations or the older ones?

Older people know perfectly well the havoc of war, and youngsters understand the usefulness of European construction in a very intuitive manner. It is more the intermediate generation, the 45-65 year olds, who think that it is necessary to be systematically in opposition of their leaders. A blatant example is that of the former German chancellor Gerhard Schröder, who wanted to do the complete opposite of his predecessor Helmut Kohl in Europe.

Have Europeans understood whether Europe is a liberal or social project?

What you must understand is that European construction is in its foundations both a liberal and a social project. The recent case of the 500 million euro fine imposed upon Microsoft for abusing its dominant position proves that there are still equality rules in Europe that you must respect and make people respect.

In the last two years we have witnessed a return of nationalism which has expressed itself in a particularly sharp manner in Belgium, the institutional heart of the EU.

The national rhetoric has raised temperatures amongst the Belgians, but its consequences are affecting few of its institutions. The Belgian people do not take the outsider view of their country, which has given a lot to the European construction process, as seriously as the French do. That said, it has been largely thanks to the EU's existence that one of its members can remain without a government for four months - as is the case in Belgium today, or Austria in the past.

What policy should be enforced the quickest possible across the European community?

Education. But maybe that is because I have a feminine vision of things. In order to generalise 'student' to everyone (students, apprentices, unemployed), we have to recognise that the Erasmus experience remains anecdotal until now. In the same sense, it would be necessary to re-orientate policies concerning families, so that we can help the latter to have more children without sacrificing the working life of the woman. There is currently a grave problem of low birth rate in Europe, which we absolutely must fight against.

Which European cliché annoys you the most?

Those who pretend that europhiles are naive and idealists - the community project is both idealist and extremely realistic. Since there have been 'naives' in Europe, there have been less deaths.