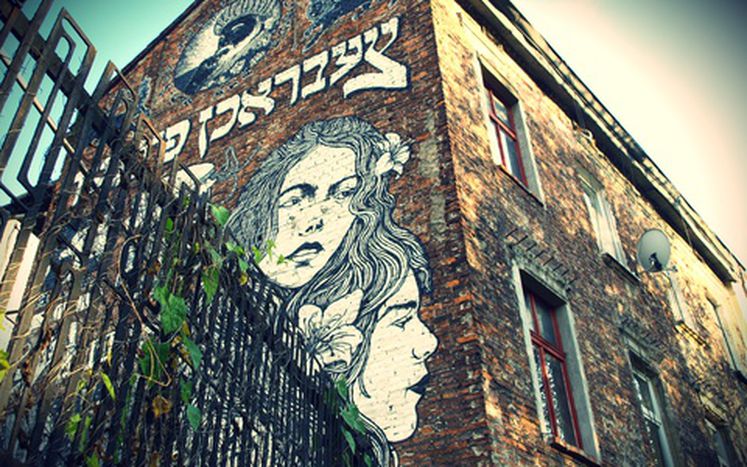 With the opening of the Museum of the History of Polish Jews, the media have been heralding a fashion for all things Jewish. But fashion, like revolution, likes to devour its own children. Now that their heyday has been and gone, many old Jewish districts are struggling in the face of commercialisation that is rubbing out their originality and the traces of the lives of their former inhabitants.

It is a beautiful, sunny afternoon, probably one of the last of the year. Just like every weekend in Krakow’s Kazimierz district, a crowd of people come streaming out of the back streets. Some bask in the sun outside the pubs on Plac Nowy, while others gather on ulica Józefa to watch the crew of the latest Borys Lankosz film in action. On the side of the 17th century Isaac Synagogue, I see a sign that reads 'Take Away Israeli Style'. I turn away from Isaac and Jacob, keen to finally try falafel, a traditional vegetarian food from the Middle East. The street, however, is suspiciously empty. I walk closer and read the card stuck on the door: “Ladies and gentlemen, the restaurant is closed today due to Shabbat.” Of course – I’d forgotten that today is Saturday. 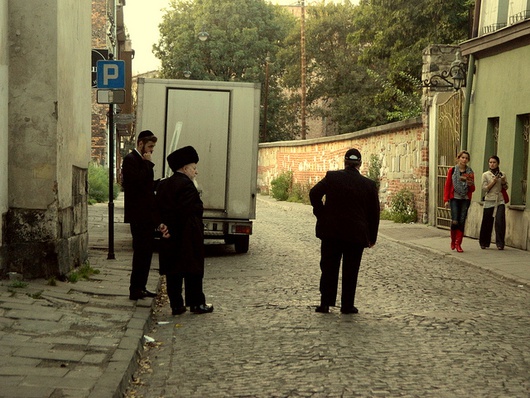 Kazimierz is now a popular place for Cracovians to see and be seen. Surprising though it may seem, this popularity is actually a very recent phenomenon. Once the last residents had left, the old Jewish quarters were deserted. The sense of anguish and desolation that pervaded them after the Second World War meant that few people ventured in. The city authorities used the abandoned tenement flats as social housing for the poor people of the area. Throughout the communist period, every 'foreigner' felt like persona non grata. Only true romantics could look at these abandoned slums and see beauty and the potential to be something greater than just another dive bar.

Act I – The Age of Great Discoveries

The Jewish districts began experiencing a revolution around the 1990s when a group of madmen got together and opened a bar in a derelict neighbourhood. Although their new local was frequented from time to time by hooligans wielding baseball bats and demanding money, they refused to be driven out. At that time, Kazimierz already had the beginnings of a clientele, with the so-called Actors’ House being established in a tenement flat at Józefa 16 in the second half of the 1980s. The flat spawned a little bohemian community of artists, drawn to Kazimierz in search of cheap rents. The existing residents were not exactly delighted by these colourful strangers with their crazy haircuts. “I hope there won’t be any problems” was an oft-heard phrase.

Since 1988, however, there has been an annual Jewish Culture Festival. In its early days, the event, which today features klezmer music from around the world and is shown live by national broadcaster TVP, was extremely modest. Initially, the event was more so an opportunity for the local academic community to give lectures. Four years later, however, Steven Spielberg started filming “Schinder’s List” here against the backdrop of tenements that had hardly changed in fifty years, while tour groups of Jews from Israel and the US visited the quarter in huge numbers, filling the tills of local business owners with hard cash. The wheel of business was beginning to turn.

We move to Budapest, where Szimpla Kert opened its doors in 2001. This did not require any great outlay, however – all that was needed was a bar of sorts, a bundle of second-hand furniture and some slightly naff decor imbued with communist nostalgia, all arranged in an atmospheric, crumbling tenement block. An old Trabant is still parked in the garden, while the wall of the building sometimes doubles as a screen for showing black-and-white films. In other words, a hipster’s dream combination. The Szimpla formula inspired the so-called ruin pubs, which began to spring up like mushrooms in abandoned buildings in the old Jewish quarter of Erzsébetváros. Around them clustered a host of small restaurants and craft shops, all adorned with a rich array of colours and lettering in Hebrew. The waves of young people being drawn to this part of Budapest raised hopes that the city’s seventh district would be given a new lease of life. 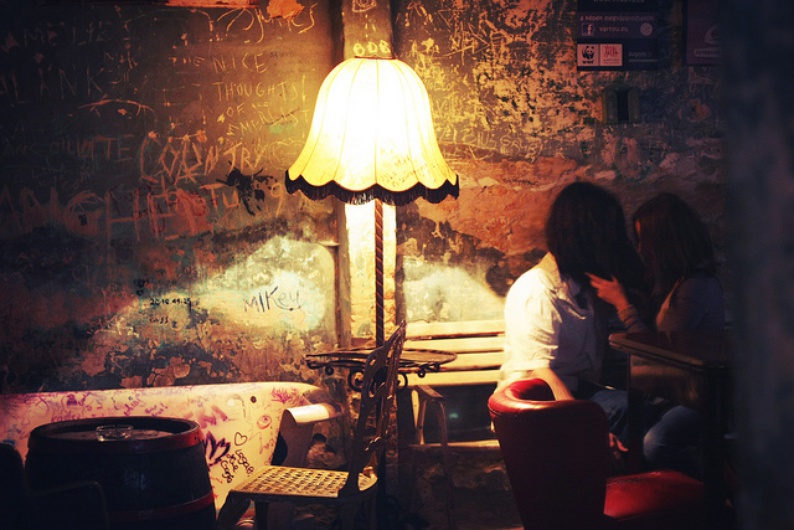 However, the process that is driving the area’s revitalisation is also becoming something of a curse. Trendy patrons of the local pubs start to realise just how cool it would be to actually live in an equally atmospheric tenement block complete with flaking plaster. And because they are educated to a much higher level than existing residents, they often take home higher salaries. They also want to buy organic food and get their clothes from trendy boutiques. Prices in the local shops begin gradually to rise. This is where the shrewd property developers come in. Merely a year after Szimpla opened, work started on demolishing a number of dilapidated buildings, replacing them with modern bijou apartments. Not even the efforts of preservationists and a stagnating property market have been able to stand in the way of the area’s gentrification. The district, whose renaissance was down to the ruin pubs, is becoming increasingly eager to be rid of them. And with them go the memories of their former Jewish tenants.

Act III – And Then There Were None

Now let’s move to another part of Europe. It all started in the mid-1960s, when the French Ministry of Culture began to pump money into doing up Paris’s run-down neighbourhoods. Among them was the Marais on the right bank of the Seine. Thanks to the efforts of the authorities, the old tenement blocks were renovated quickly and the entire quarter was given listed status. The economic value of the whole neighbourhood increased and museums began to pop up in the area. More and more tourists jettisoned their guidebooks and started to venture off the beaten track into these districts. 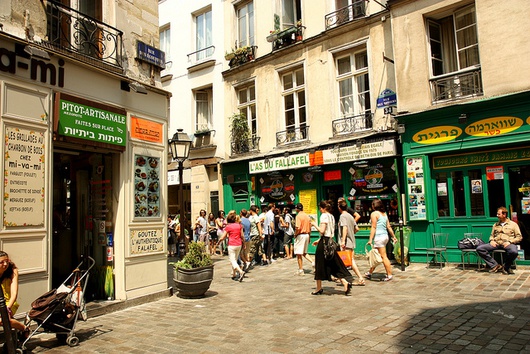 However, these decaying tenements and small winding streets were also home to immigrants, workers and the Jewish community, all living shoulder to shoulder. There are no traces of this ethnic diversity left today because virtually nobody actually lives in the Marais any more. Most of the buildings have been converted into stylish hotels and the small local shops turned into gourmet restaurants. The only evidence of the Jewish minority that used to live in this quarter are the signs put up to attract the tourists. The social ties and sense of community that had built up here over the years have disappeared.

Just likeLondon,San Francisco and Manhattan in New York,Paris is becoming a ghetto for millionaires. Residents on low and moderate incomes are being pushed out to the housing estates in the suburbs having been priced out of city-centre renting. Cities that were once the meeting points of different cultures and social classes, places that fomented calls for social change, are becoming increasingly homogeneous. And this kind of arbitrary division into rich and poor is a time bomb waiting to go off.

Ultimately having to forego my falafel, I headed off towards the junction of ulica Wąska and ulica Wawrzyńca, lately regarded as the most fashionable corner of Kazimierz. It started with Belgian frites, followed recently by the arrival of an old London double-decker bus, parked up and serving traditional fish and chips. Opposite this trendy spot is the old power station, which kept the city lit up from 1857 onwards. Post-industrial interiors provide the perfect space for an exhibition. Today, the abandoned building is decorated with the work of street artists alluding to its former existence. As for its future, that has been a foregone conclusion for some time. A new developer has opted to pull down the power station and replace it with modern apartments and a hotel. Great news for tourists, but not necessarily for the grizzled old Jew, whose world is disappearing but whose cash everyone is all too keen to keep taking.