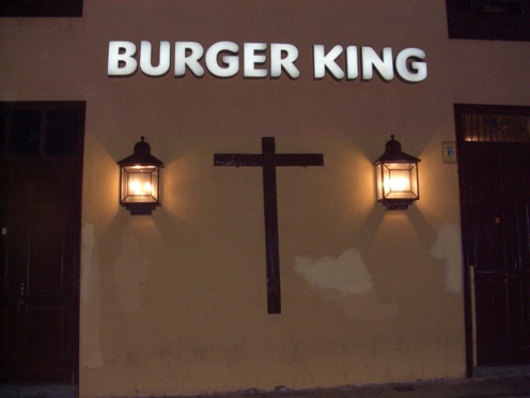 Visiting Tenerife in July, I bumped into this crucifix and could not believe my eyes. After 2006 years of adulation, Jesus Christ has now become the king of burgers. I couldn’t resist the impulse to capture this grotesque sight. Not that it affected me directly because I’m not a Christian. But the owners of the fast food restaurant could have left this wall bare. It seems not only that greed – the power of money – directed their actions but also by pride: It’s as if they wanted to say ‘this wall belongs to me and can do what I want with it’. Forgive me lord for I have sinned?