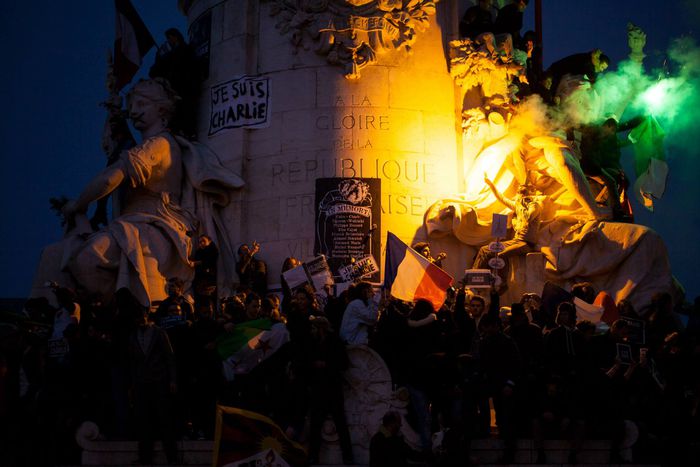 2 million people. More than were present at the Liberation of Paris in 1944 and the Protests in 1968. They gathered to pay tribute to the victims of the terrorist attacks at the Charlie Hebdo editorial office and the hostage takings in Paris. An enormous yet peaceful declaration of solidarity in every colour imaginable. 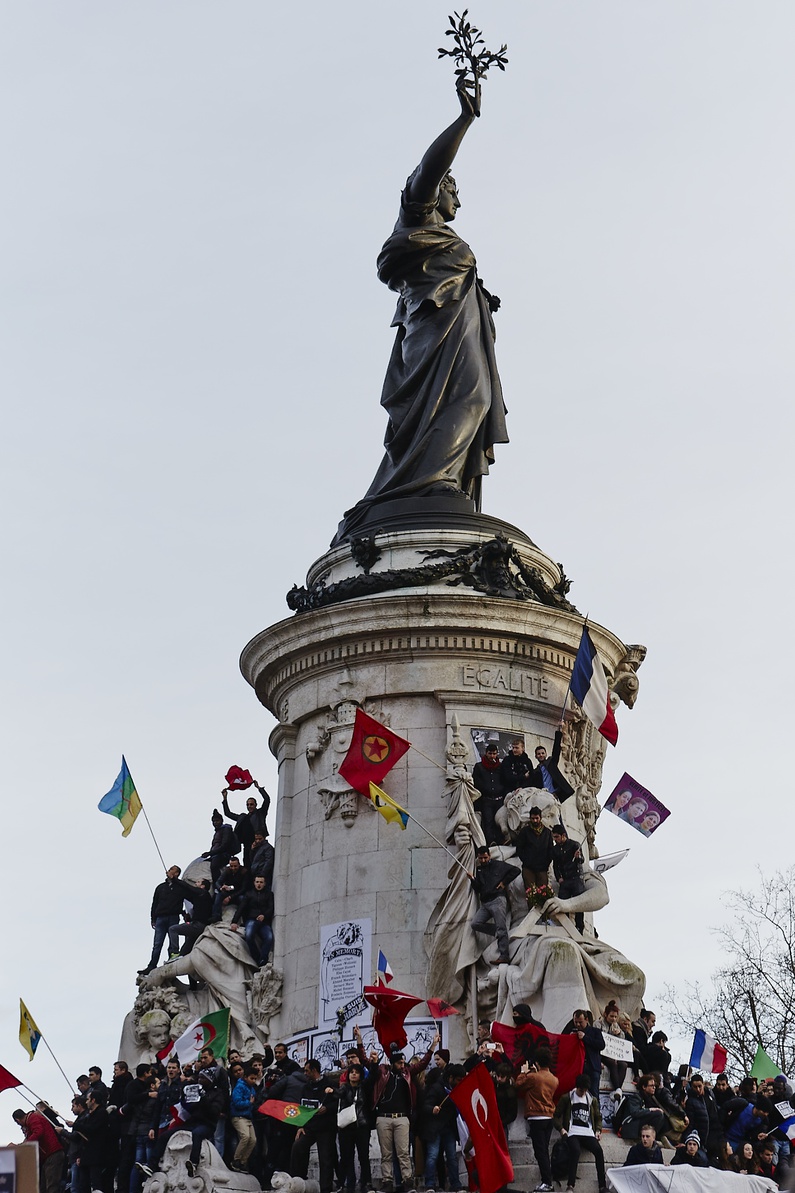 Republican March, 3 p.m., meeting place at Place de la République in Paris. A colourful sea of flags. It is impossible to give exact figures for the number of people who took to the streets yesterday. Estimates place the number at around 2 million people. 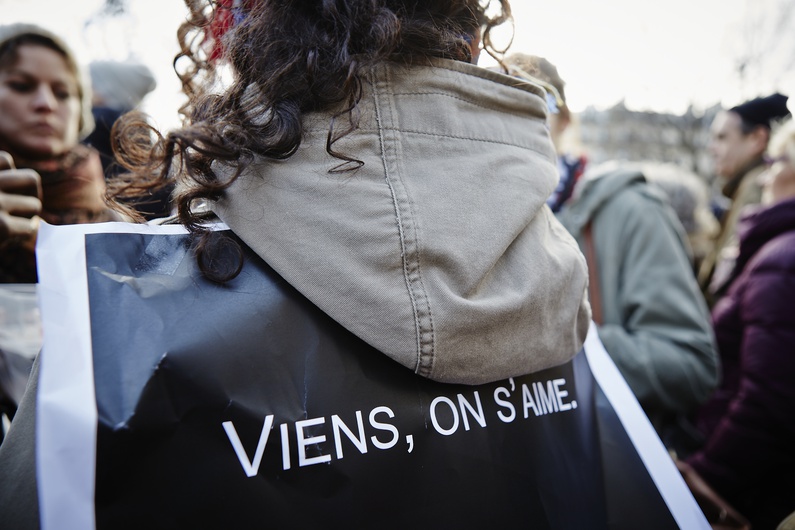 "Come, we love each other." L'amour plus fort que la haine (Love is stronger than hate) was one of the best known Charlie Hebdo covers. 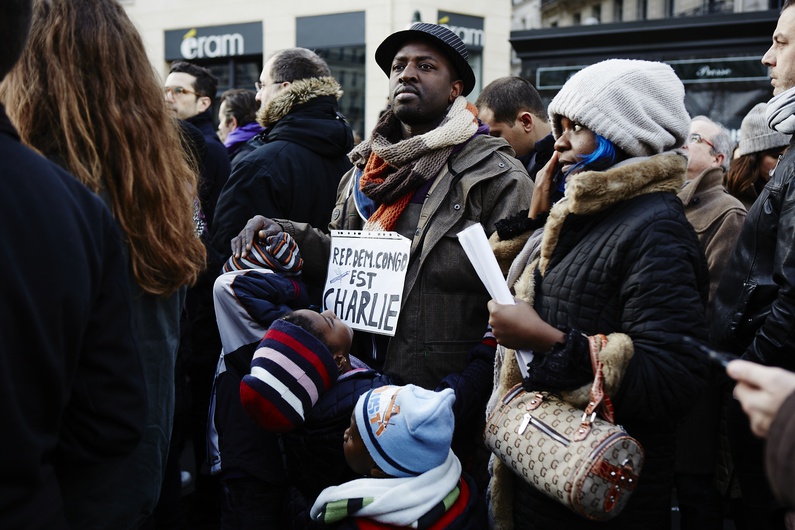 Big and small, young and old, all colours, religions and countries rallied together for freedom on January 11. 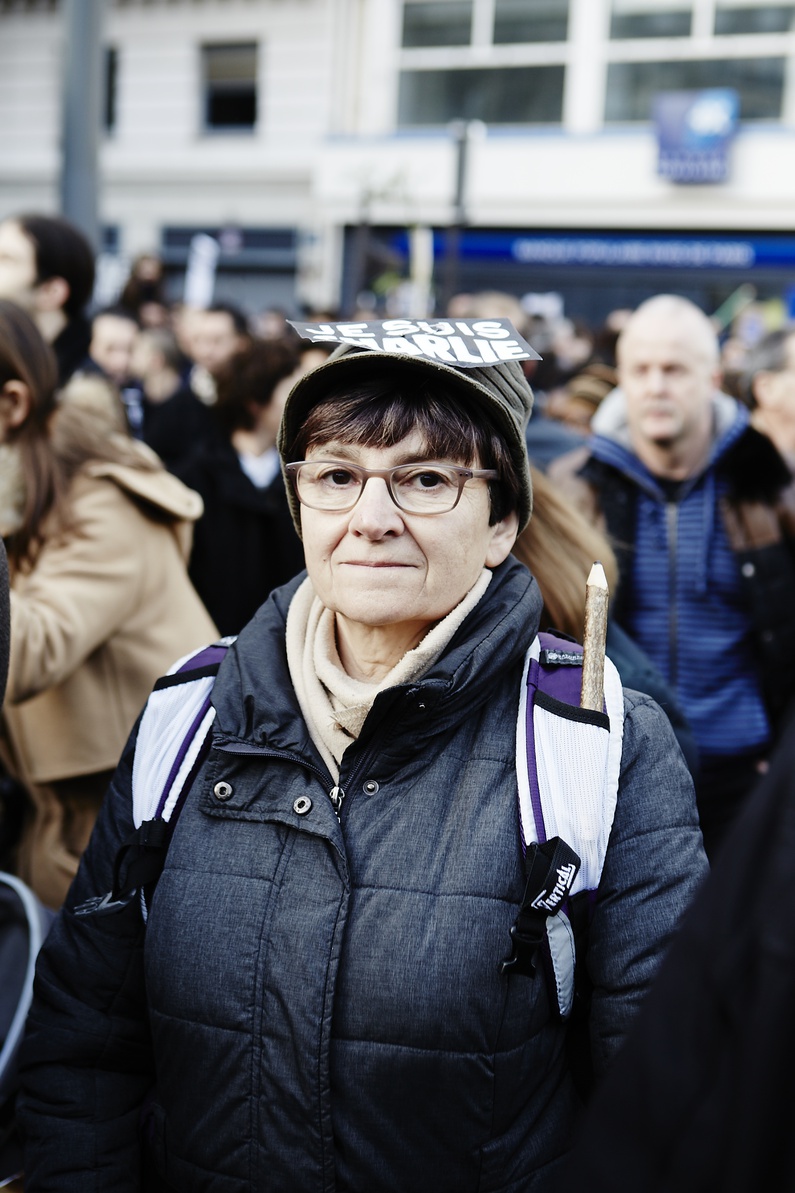 Showing solidarity with a pencil 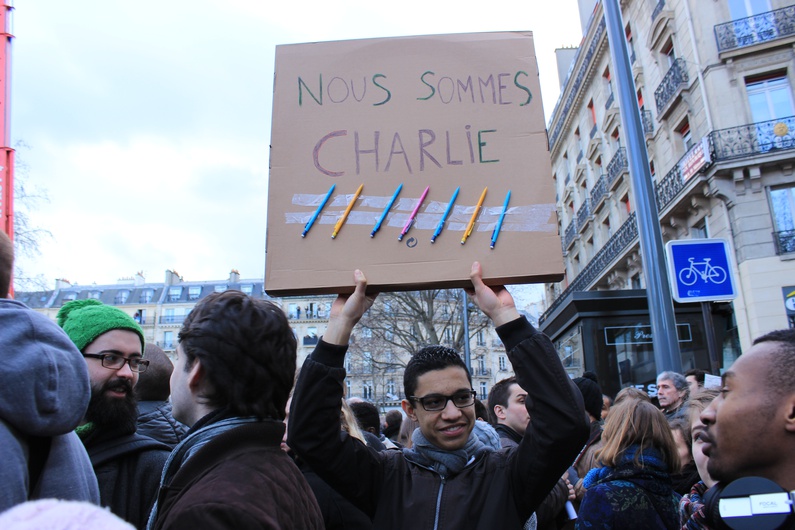 An omnipresent symbol at the rally at Place de la Republique in Paris. 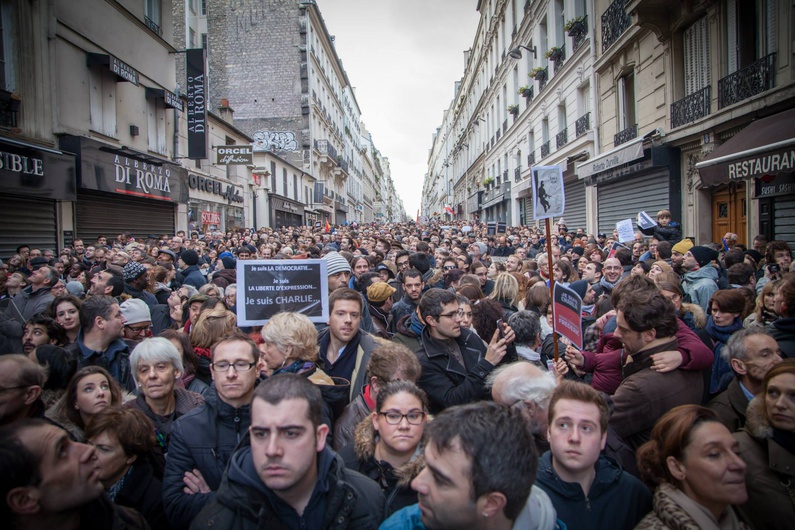 The rally really wasn't a rally, per se. Already from 3 p.m. onward, the boulevards and streets surrounding Place de la République were full of people to the point that the March for Freedom was more of a Stand Together for Freedom. Only the hardiest managed to arrive at Place de Nation, the end point of the demonstration, after four or five hours of walking. 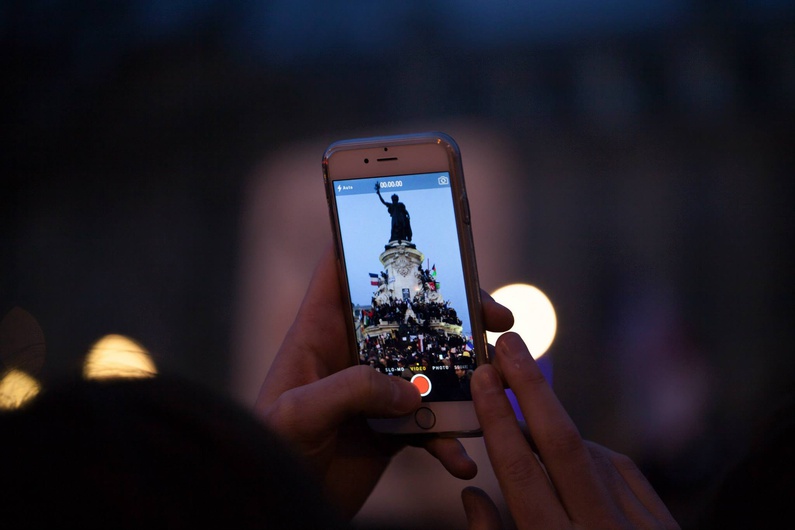 #JeSuisCharlie is the most tweeted hashtag in the history of Twitter with 6.63 million tweets dedicated to the victims. After the death of an African-American youth at the hands of a police officer in the small American city of Ferguson, Missouri, the hashtag #Ferguson was tweeted 18 million times over a few days. 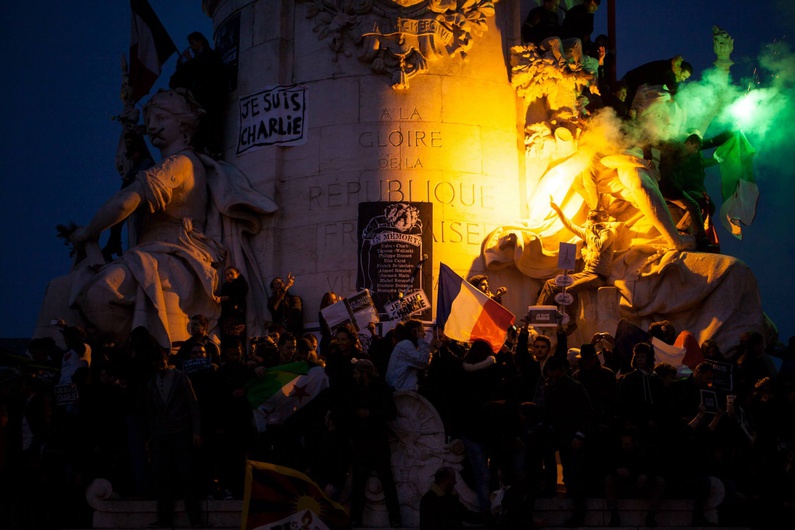 Some pictures are reminiscent of another French Revolution - the Republican idea of secularism. 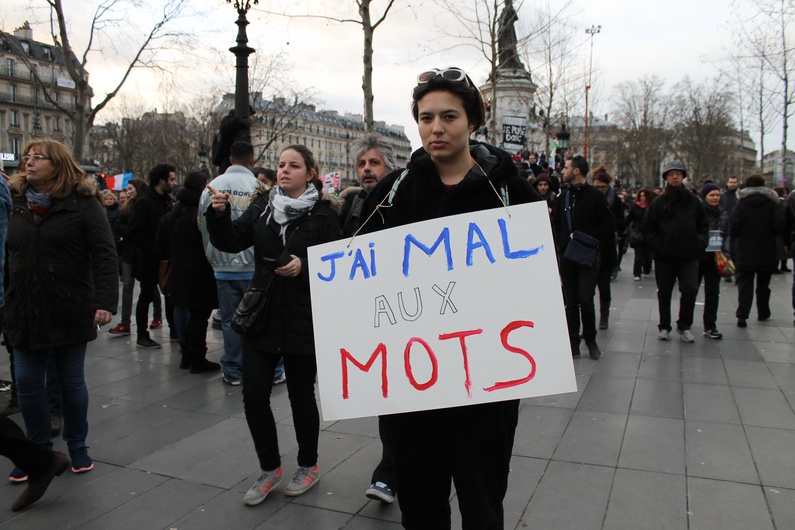 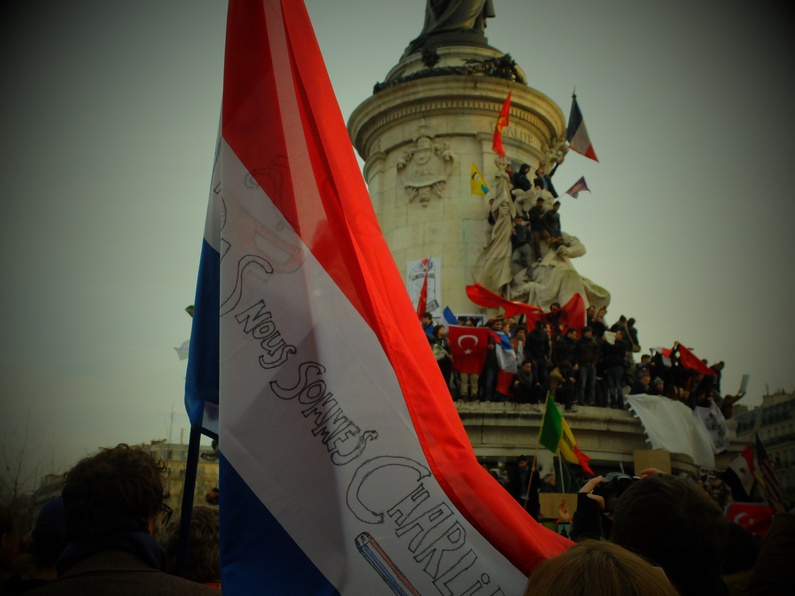 Flags from all over the world were present at Place de la République, the Marseillaise (French national anthem) sung by some seemed out of place for others. Daniel Cohn-Bendit, a former Green Deputy and a demonstrator at the 1968 Protests, declared: "Those who sing the Marseillaise for Charlie Hebdo haven't understood anything." 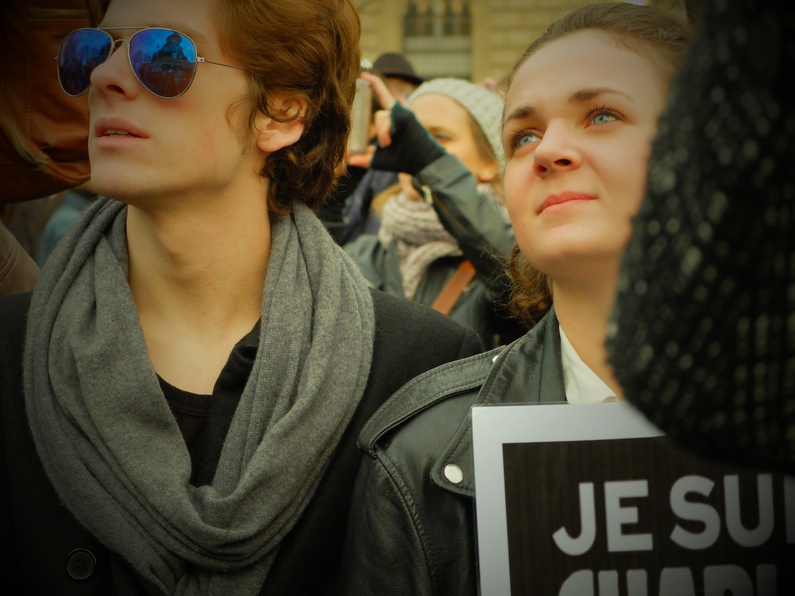 "They wanted France at its knees, instead, France has risen."