The 736-strong new EU parliament has elected former Polish prime minister Jerzy Buzek as its new president by a large majority at its constituent assembly. Snippets from the media reaction in Luxembourg, Poland, Spain, France and Finland

The president of the European parliament - the only multinational legislature in the world - should be more than just a technocrat, writes the daily: 'As a solidarnosc activist Jerzy Buzek fought for the peaceful defeat of communist totalitarianism and for freedom and human rights. In the past five years working as an MEP he has demonstrated his political instinct and will to compromise. Nonetheless Buzek cannot escape the shadow of Bronisław Geremek. Too strongly does the late francophile Jewish Pole who died on 13 July 2008 in a car accident and who survived the horrors of the second world war and later the red terror of the Stalin era to finally make a successful contribution to the fall of the iron curtain - symbolise the best of the European idea. And precisely because of this Buzek, a level-headed pragmatist, is a good choice' (Jakub Adamowicz) 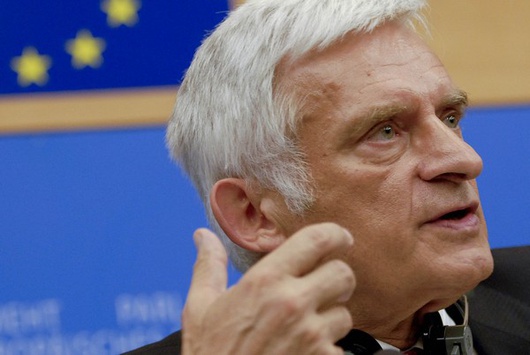 The left-liberal daily writes that the new president of the European parliament, Jerzy Buzek, faces difficult tasks: 'This pilot [Jerzy Buzek] is no Ferrari in politics, but nor is he a Biscúter [a small Spanish car]. Perhaps he's more like a Seat that's getting on in years. He says he wants to rekindle the enthusiasm for all European things among the citizens. A difficult task considering that voter turnout for the parliament in Strasbourg has dwindled with each new election. He says that we must listen to the eurosceptics, of whom there are so many among the new members. And listening is always a good thing - provided you don't let yourself get caught up by their ideas'

'People not thinking of past' - Savon Sanomat, Finland

For the Finnish daily the election of Jerzy Buzek to president of the European parliament is a historic step: 'Two decades have passed since the fall of the Berlin wall and the freeing of the eastern European states from their dependence on the soviet union. Now a Pole has become one of the leaders of western Europe. The new EU member states that once formed part of the eastern bloc are still clearly trailing behind the west economically.

'West and east have come together in spirit'

The inner cohesion of the EU has been seriously called into question in recent years. But 12 July's election has shown that west and east have come together in spirit. The support of the older member states for the election of Jerzy Buzek is proof that people are not thinking of the past. Even in Germany the election result will hardly be perceived as a loss of authority because it was Germany that always spoke out in favour of the EU's eastwards expansion' 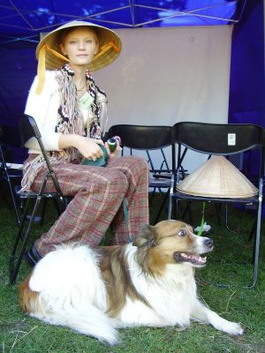 The election of Jerzy Buzek as president of the EU parliament is symbolic, writes the daily. 'A Pole heading the Euro MPs - in the 'silly season' the news could well go unnoticed. Yet the broad election of Buzek by the European parliament actually has major symbolic significance. Almost twenty years ago Poland anticipated the fall of the Berlin wall by several months and held the first free elections. Nobody would have imagined that a Pole would assume one of the three key positions in Europe so quickly. But as of yesterday this is a fact. Jerzy Buzek is the first politician in the ten new EU member states to be entrusted with such a responsibility. He may like to remember that real integration will require more time than EU expansion did. It is as if an invisible iron curtain were continuing to divide Europe. Without wanting to exaggerate the importance of his function, we may assume that his election will allow the contribution of the states of central and eastern Europe to the European project to become a routine matter' (Laurent Marchand)

'No united Europe, never will be' - Rzeczpospolita, Poland

The conservative daily takes a critical view of the election of Polish politician Jerzy Buzek to president of the European parliament: 'The election of a Pole to the top post in the European parliament is supposed to prove that Europe is now more united and that the division between east and west no longer exists. But you only have to look at the form and the symbolism in the speech Jerzy Buzek delivered in Strasbourg to see that there is no united Europe and that there never will be. The former prime minister of the RP [Republic of Poland] mentioned [former Pope] John Paul II and Simone Veil - president of the European parliament between 1979 and 1982 - in one breath, praising them as people who had done great service to the old continent: on the one hand the Pope, and on the other a woman whose main goal was the legalisation of abortion in France. Buzek presented his predecessor with a small statue of Saint Barbara and yet at the same time he cites the French Revolution, which had an ambivalent relationship with religion, to say the least' (Marek Magierowski)