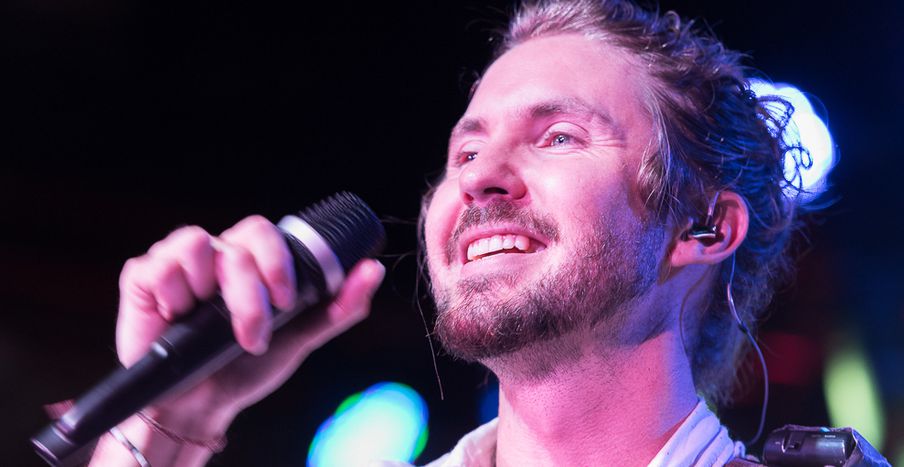 Last day at Couleur Café, Jeremy Loops starts his show for the first time in a Belgian Festival. Anxious to see whether the people will know his songs and how they’ll react to it, the first harmonica notes start playing. The sun is setting over the crowd, Jeremy gave all he could on stage to seduce this new crowd. Cafébabel met him after his show.

cafébabel: How was your show today?

Jeremy Loops: It was beautiful! It felt really good! Thank you! Tonight was a good thing for us. I was impressed with how the people knew the songs but also how all the new people were going crazy. For me that’s a good sign!

cafébabel: Was it your first time in Belgium?

JL: It’s actually my second time, we played the show last February a few months ago at the Ancienne Belgique. But today was my first festival show, my first big show here in Belgium.

cafébabel: Where were you before coming to Couleur Café?

JL: I was in Switzerland on Friday for the Montreux Jazz Festival, it was beautiful: it was a sunny day, I couldn’t believe it. And then we had to leave early the next morning for the Netherlands and we went to a festival called Concert at Sea. Which also is a beautiful location, with ocean on both sides, beautiful! So, it’s been a busy weekend. It’s nice to be finished for the weekend, three festivals, three countries, three days, basta!

cafébabel: I wanted to know more about the looping pedal and how it became your signature, to the point it became your stage name, how did it become so big in the way you produce music?

JL: I studied a really difficult business degree because I didn’t know what else I wanted to do with my life. I really didn’t enjoy it, it drove me almost crazy!  It made me very unhappy. As a result, I started playing a lot of guitar everyday when I got home from university. By the time I finished my degree four years later I was getting very good at guitar and I knew now I didn’t want to do any job with my degree but I finished the full degree, I didn’t want to walk away.

And when I was travelling, I worked on a sailing boat, which was travelling all around the world. I had lots of time on my own at night, and so I just made lots of loops. When I got home I had all these songs I had written and everyone was asking me what I was doing. So I made a show and the rest is history… And this was 5 years ago now! It’s been crazy.

But also in university my nickname was ‘loopholes’ because I was never at university, I was always surfing, trying to find ways to escape the system and so my classmates used to call me ‘loopholes’. It was kind of like a mean thing. They were angry that I was never there but I always got good marks. Because I was good at last minute and making friends with teachers and lecturers. So I was always finding loopholes. So when I had the loop pedal, it also felt like I had a loophole: I didn’t need a whole band. It was just me and my loophole. And I was just like ‘I’m Jeremy Loops now, fuck it!’.

cafébabel: You are from Cape Town, South Africa, but you spend a lot of your time travelling as well. You even wrote a song for Cape Town – Down South – but do you find more inspiration in travelling or in your hometown?

JL: I think I take most of my inspiration just from my life around me and what I see. Not from anything in particular. Sometimes when I’m travelling, I see something beautiful, and that inspires me. But it’s not travelling itself that inspires me, but it’s people and situations in general, and love and hate, drama, and politics. And all that crazy shit that happens and makes me inspired.

But I think South Africa is just part of who I am. I don’t think of it as something that inspires me. It’s just my home: it’s very wild and crazy, and corrupt and beautiful. And you see a lot of stuff in South Africa growing up that you don’t see if you grow up in Europe or any first world country. We see a lot of poverty and difficult situations, a lot of inequality. And I know that you have it over here as well (in Europe, editor’s note) but it’s not even on a similar level. So, I think it’s a deep part of who I am. I don’t necessarily write songs about it, I try to stay away from the political stuff as much as I can. But I write about things that are true to me, and South Africa is a part of that because it’s my home.

cafébabel: You started vlogging (video blogs, editor’s note) inspired by your friend Ben Brown. Does it help you express yourself in an other way that music can’t?

JL: JL: Yeah, my roommate! He doesn’t put his camera down! Ever since I’ve started capturing video, it’s given me just like another thing in my life that I enjoy. It’s kind if like when I found music. Before I found music I had found photography. I used to be a photographer from 24 to 26 I was obsessed with photography; it was my new love. And then I found music. I was already playing music in the background, but then when I was 26 I started playing music for people, and then I realised ‘alright, this is not my love’.

And then last year when Ben Brown moved in with me, I suppose for the first time I started recording things in my life with my camera, and it helps expose a different part of the world in a way. And I also think sometimes it can make you a better person. Because when you’re filming yourself, you have to actually start thinking about what you believe in and be more authentic and honest with yourself. Because if you’re filming yourself and you’re dishonest and in a bad space, it’s very difficult to do it. You can easily look like an idiot and people can see it you know. It was quite interesting as well just to have to view myself like that.

As a musician you’re always on stage and you’re treated like a bit of a god: everyone screams your name, and shouts, girls loose their minds. So it’s an interesting thing for your ego to handle and to deal with. I also have my problems with vlogging, I think it makes you a bit narcissistic sometimes. It’s a bit weird. But it’s also quite beautiful. And it’s also allowed me to capture lots of stuff that I wasn’t capturing before: I film my band behind the scenes, I film my parents, I film my dog when I’m home, I film my girlfriend. And I know that in a ten years’ time I will be able to look back at all that footage and it’s going to be beautiful to have documented my life. For now, I’m just experimenting.

cafébabel: Can you tell us more about your environmental commitment and your work with Greenpop?

JL: When I was working on the yachts for a Russian billionaire; he was a very bad man. I think a lot of people who are very very wealthy can become very bad people. Sometimes money and power go hand in hand with corruption and evil. And I saw very closely that evil when I was working in the yachting industry. I saw many many wealthy people with way too much money and they were destroying the world, destroying the environment all just for their own pleasure with 200 metres super yachts and helicopters, private jets, and one family or one man creating enough waste and spending more money on champagne in one night of partying with his friends that could feed 300 people in Africa for a year. And that really fucked my head up because when I was growing up in South Africa I always dreamt of being a wealthy man and I was like ‘one day I’m gonna be rich and my life will be great!’. And then I saw what those rich people are sometimes doing and I was like ‘fuck that, I never wanna be wasting that much stuff when the world is full of pain’.

Greenpop is an organisation I started with 2 friends, just before I started making music. We are an environmental organisation. We plant trees in under green schools or under privileged orphanages, old age homes, community centres. Anywhere with no trees. Mostly we are doing this in Southern Africa but we are looking also to expand to the rest of the world. And we do reforestation projects as well. Right now my team are all in Zambia and they’re doing a project called “Trees for Zambia” where we plant about 5,000 trees in about 24 different schools. Zambia has a very high deforestation rate, one of the highest in the world. We are there to help and support, and raise awareness. So we started Greenpop as a way just to give back and try something new and try to help how we could. And it’s turned into a really beautiful organisation. We’ve planted more than 73,000 trees in more than 350 different schools, orphanages. We’re making good progress, we’re growing, we’ve got 13 people employed and I hope that we can keep going. 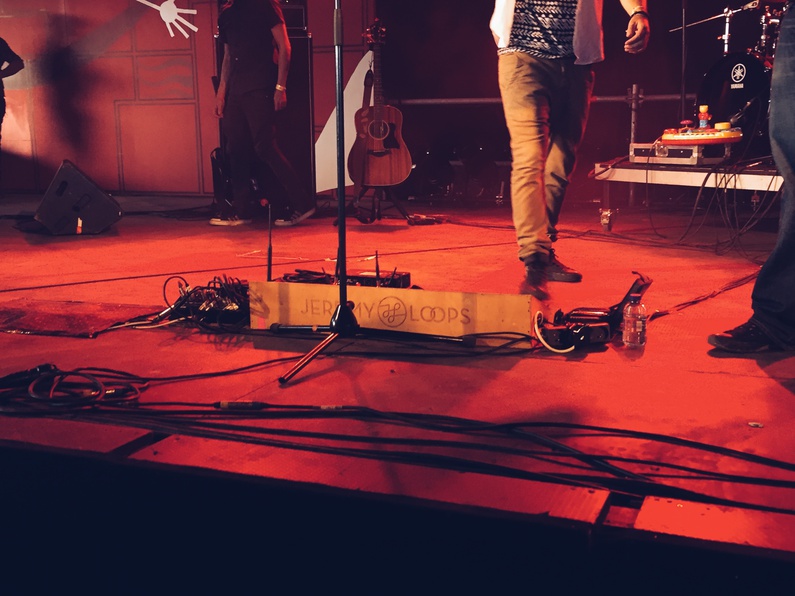 And now while we’re waiting to see Jeremy Loops again next year – on the main stage we hope – at Couleur Café, he’ll be back at the Ancienne Belgique on October 29th. So grab your tickets before they sold out and bring your people!

This article was written in the framework of cafébabel's media partnership with Couleur Café Festival.