The Labour Party is suffering from an existential crisis - senior MPs and former leaders are falling over themselves to warn of impending doom. Why? The rise of a 66-year-old socialist called Jeremy Corbyn.

“The party is walking eyes shut, arms outstretched, over the cliff’s edge to the jagged rocks below.”

Tony Blair is worried. No one seems to be listening to him. One imagines it’s a bit like how millions of anti-war protesters lining the streets of London felt in 2003.

But he’s not the only one. Islington North MP Jeremy Corbyn’s rise to become the favourite in the Labour leadership race has shocked the party’s establishment to the core. They believe Corbyn is so left-wing, the party would be unelectable in 2020 under his leadership.

Senior Labour MP Alan Johnson is just one of many MPs who have urged party supporters to “end the madness”, claiming that Corbyn has “been cheerfully disloyal to every Labour leader he’s ever served under,” referring to the fact that Corbyn has voted against the party line over 500 times since becoming an MP in 1983.

For all the fear and hyperbole surrounding Corbyn, the man himself is quite softly spoken, with some suggesting he has the look of a 1970s Geography teacher. Yet, aesthetics and PR spin are reserved for the younger generation of Labour MPs. Corbyn’s strength lies in his authenticity.

He’s well known for being on the right side of history multiple times – from campaigning against apartheid in South Africa and the wars in Afghanistan and Iraq (founding the Stop The War coalition), to helping bring around the peace process in Northern Ireland. The son of a teacher and an engineer, who met as campaigners for peace during the Spanish Civil War, Corbyn was already politically active by 15, joining the Campaign for Nuclear Disarmament (CND). 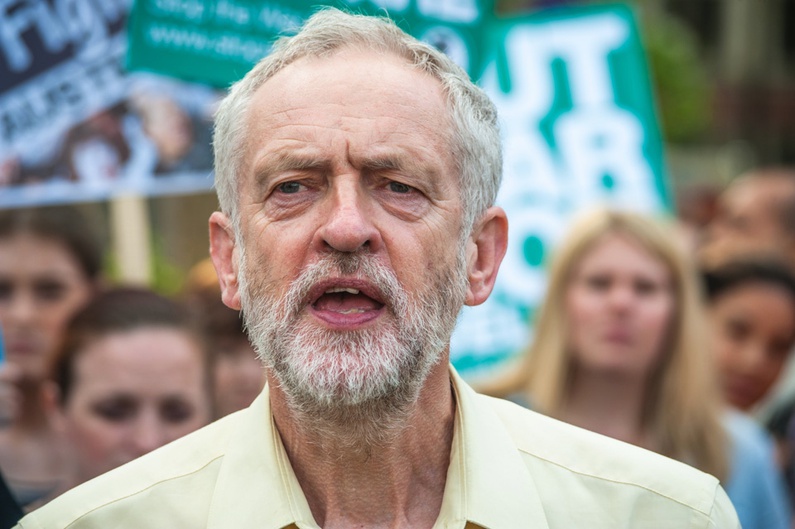 As the Financial Times described him, Corbyn’s many hats include: “antimonarchist, trade unionist, vegetarian, revolutionary. Known for his beige outfits and ascetic tendencies, he likes to cycle and has no car. He loves making jam with fruit grown on his allotment, belongs to the All Party Parliamentary Group for Cheese and is a train obsessive.”

Oh, and he’s an Arsenal fan, once signing a Parliamentary motion in 2004, declaring the side "the best club football in the world at the moment."

Corbyn prefers to keep his private life separate from his public persona. Yet one tidbit that has often cropped up is his divorce with his second wife - for which one of the reasons was her wanting to send one of their sons to a private school, whereas Corbyn argued for a local state comprehensive. Now, he’s married to Laura Alvarez, a Mexican fair-trade coffee importer.

He might not be Che Guevara, but Corbyn’s genuine character along with his populist politics are the reason why thousands are attending his rallies, something completely novel in contemporary UK politics.

Since Labour’s astonishing defeat under Ed Miliband’s ‘austerity-lite strategy’ in May’s General Election, the party has been in disarray.

With voters doubting the party’s economic credibility, they lost to David Cameron’s Conservatives, while they were annihilated in Scotland to the anti-austerity Scottish Nationalist Party (SNP).

In the aftermath, the party’s establishment put the loss to the SNP down to the nationalist fervour stirred by the Scottish Independence referendum last year, thinking the party’s strategy ought to reclaim Conservative and UKIP voters through pro-austerity, anti-immigration policies. In other words, they would essentially parrot Tory politics.

This revealed a massive gulf between the parliamentary wing of the Labour Party and its grassroots supporters. YouGov’s Anthony Wells notes, “People who joined the Labour party between 2010 and 2015 are more pro-Corbyn […] People who have signed up since 2015 are extremely pro-Corbyn, pushing him into the lead.”

As the nominations to get on the voting ballot opened, Corbyn only made the required 35 MP nominations two minutes before the deadline.

At the time, many Labourites made it clear they were against Corbyn’s politics but wanted an open and democratic debate for the future of the party. They’ve since changed their tune.

You have John McTernan, Blair’s former strategist, who also oversaw the election loss of 40 out of 41 Labour seats in Scotland, calling out the “moronic MPs who nominated Jeremy Corbyn to have a debate, they need their heads felt. They should be ashamed of themselves… they’re morons.” Others, like MP Simon Danczuk have publicly admitted that some MPs will be plotting to oust Corbyn “on day one,” highlighted by New Labourite Dan Hodges in this piece, where MPs are comparing a Corbyn leadership to a Nazi occupation. Then there’s former Business Secretary Lord Mandelson, who tried (and failed) to get Corbyn’s rivals – Liz Kendall, Andy Burnham and Yvette Cooper – to quit the race to try and invalidate the election.

So much for respecting the democratic process. The clamour for ‘ABC’ (Anyone but Corbyn) has been growing in the mainstream media including the likes of The Guardian. As record numbers are joining the party as supporters (at a cost of £3 each), pundits have been warning about infiltrators from Trotskyites to Tories trying to manipulate vote to destroy the party. Who knew there were hundreds of thousands of Trotskyites hibernating in the UK until this moment?

This has led to the party trying to vet the near-250,000 new members and supporters, leading to around 1,200 being barred from voting. Among these were 200 former Green Party candidates, leftist filmmaker Ken Loach, Tory MP Tim Loughton and comedian Mark Steel.

Yet, all these warnings from Blairites have only served to strengthen Corbyn’s lead. He’s currently predicted to gain well over 50% of first preferences in the vote among the party’s electorate of 610,753, which includes trade union-affiliated members.

Why is Corbyn so popular?

The simple answer is that he has a clear vision. Corbyn is anti-austerity, he would increase taxes on the wealthy and call for a People’s Quantitative Easing, i.e. getting the Bank of England to print money for infrastructure projects rather than bailing out the banks.

Other policies include re-nationalising the railways and energy companies. He would create a National Investment Bank, set rent controls, get rid of Trident, the UK’s nuclear deterrent and campaign to stay in a reformed EU, with stronger environmental laws and workers’ rights.

This is in contrast with his rivals, who epitomise the complete lack of vision that has engulfed a Labour party filled with polished, soundbite-friendly individuals with zero substance.

Andy Burnham, to his great credit, campaigned for a second inquiry into the 1989 tragedy at Hillsborough where 96 Liverpool fans died. However, many party members see him as too flaky. On the recent welfare reform bill (i.e. further cuts to benefits) put forward by the Conservative government, Burnham said Labour "simply cannot abstain" on the bill – before abstaining.

Then there’s Yvette Cooper, who has the greatest amount of front bench experience of all four candidates. She wants to be seen as a centrist and a candidate to unite the various factions within the Labour Party, her critics argue that she seems like she stands for nothing. As right-wing magazine The Spectator noted: “Cooper’s refusal to spell out the differences between the party she envisages leading into the 2020 election and the one Ed Miliband led into the 2015 election is striking.” 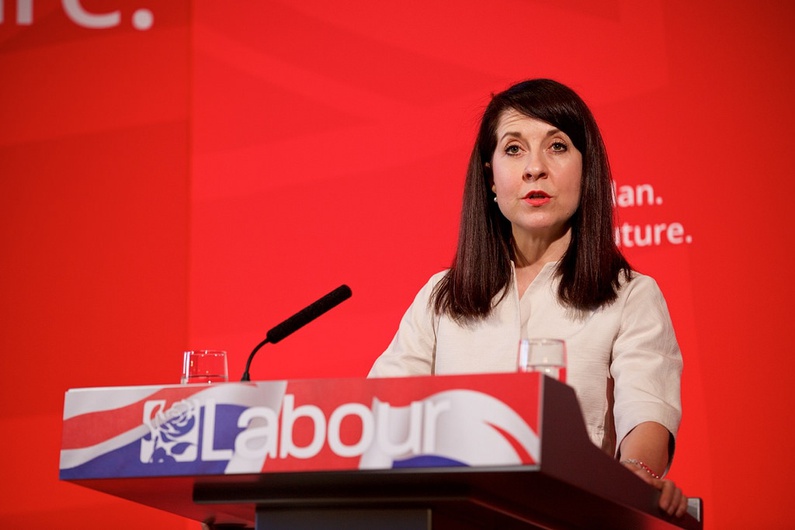 Finally, there’s Liz Kendall, simultaneously the most right-wing and least popular choice among Labour supporters. Kendall has many similarities with Tory policy, including being more pro-business, making cuts to welfare, and maintaining the NATO-led 2% of GDP level of spending on defence.

With such rivals, it’s unsurprising that someone like Corbyn is appealing to many voters, sick of their politicians being Oxbridge-educated inhabitants of the Westminster bubble.

What’s worse is that the likes of Burnham, Kendall and Cooper have been unable to break down Corbyn or his manifesto. Foreign policy is the area where many have deemed Corbyn to be at his weakest, given his pacifist views, with Corbyn once calling the likes of Hamas and Hezbollah “our friends” (though he's right to try and bring all (including disagreeable) parties to the table when discussing a peace process, rather than aggressive posturing. See the recent Iran Deal, for example).

They’ve stuck to a superficial line, suggesting Corbyn is going back to a failed politics from when then-leader Michael Foot, with a manifesto that Corbyn contributed to, lost the 1983 election to a certain Margaret Thatcher. Tony Blair has suggested that Corbyn’s leadership would be a “playback from the 1980s, from the period of Star Trek.”

Great line, Tony – except Star Trek was set in the future, no? For many, Corbyn’s policies are new, from free higher education to rent controls. He’s bringing younger people into the fold, many of whom were disillusioned with politics before.

The voting ballots have been sent out and the expectation is that Corbyn will win, in spite of a vociferous press and New Labour campaign. Should he win, large parts of the Parliamentary Labour Party (PLP) will try to undermine his leadership at every turn. The mainstream media, already so negative, will continue their attacks. And all of this is without mentioning the Tories, who have been deliberately quiet over the summer, to allow the gaze of the media to remain on the public capitulation of the Labour Party.

Forget ‘Red Ed’, the term ‘Commie Corbyn’ will be bandied about everywhere. The hope for Corbyn is the revival of grassroots participation seen in his leadership campaign will be able to overcome these attacks. It’s the only way a progressive, anti-austerity vision of the UK will be able to survive.

The next couple of years aren’t going to be pretty, but for the Labour Party they will define its identity, its future and possibly, its very existence.