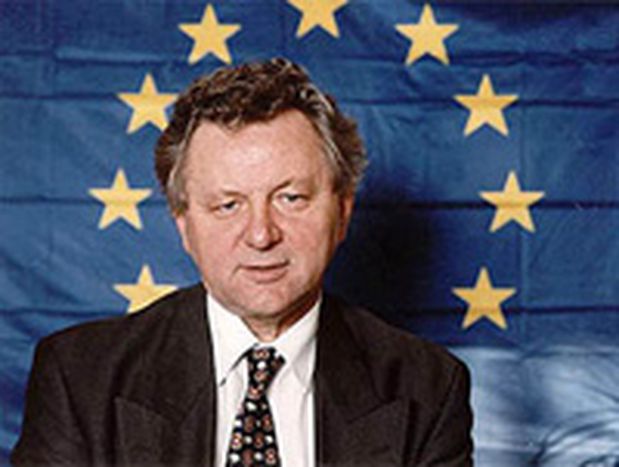 What about Europeans and sex? Jaroslav Zverina, Czech MEP and well-known sexologist talks about couples and gives us some secrets to success.

Jaroslav Zverina, 63 years old, is member of the European Parliament, from the PPE group. Doctor of Medicine, a sexologist, he is also the chairman of the Sexological Society of the Czech Medical Association.

Why is sexology such a well-developed discipline in Central Europe?

Sexology as a discipline developed very early on in our countries. At first, the Institute of Sexual Research was established in Berlin in 1919, only to be destroyed later on by the Nazi regime. Two years later, an institute of sexology was founded in Prague. Professor Hynie, the founder of Czech sexology, published his Handbook of sexology in 1944. This discipline also developed in Moscow beginning in the 1960s. Western European countries have not developed this discipline so much, I think. On the other hand, they have created a number of different specialisation dealing with the same subject (gynaecology, psychiatry, and urology).

Are there any differences in sexual behaviour between Eastern and Western Europe?

No, you cannot talk of substantial differences. If Central European countries are seen as more conservative than their Western counterpart, this is a rapidly evolving trend. This can be explained by the development of mass media such as internet and the decreasing (if not disappearing) influence of the Catholic Church on people’s sexual behaviour. In the Czech Republic, for instance, active Catholics account for only 5% of the population.

Both regional areas face a negative demographic trend. In Central Europe it can be explained by a changing culture and political system, which create an environment of insecurity. The Czech Republic might be an exception in this pattern, as it is currently experiencing a small baby boom which is connected to the Velvet Divorce, as women put off having children, and concentrated on their carrier and adapting to the new system.

Do you have information on multicultural couples in Europe and their chances of success?

The number of multicultural couples is still limited, but increasing. Of course bi-national families have a major role to play in the building of Europe, but it takes time. I do not know any study on this issue, but I think the success of multicultural couples depends on the size of the cultural gap between the two partners. You cannot talk of immense cultural differences between EU countries though! In the next decade, we will have more of an idea.

And what about homosexuality?

In the Czech Republic, homosexuality was decriminalised at the very beginning of the 1990s. Under socialism, homosexuality was considered a criminal act. A law ‘legalising’ homosexual couples, such as those existing in France or Germany, has recently been adopted by both chambers but is now awaiting the assessment of the President. We know that the president is personally against this law, but is not ready to go against public opinion (70% of Czechs are in favour). EU accession and the need to meet the standards of the EU acquis have also obliged Central European states to keep a section in their legal system banning sexual discrimination. On these issues, however, there is a lack of dialogue. Debate on social issues in former socialist countries is much more dependent on national governments, rather than the public. The debate on sexuality was led by the government through the organisation of big campaigns, for example against HIV/AIDS at the beginning of the 1980s. Today, Western NGOs have a positive influence on sustaining dialogue in the civil society.

Can you explain the development of celibacy in Europe?

The development of celibacy is more often connected with individual values and egoism. For example, revolutionaries or extremists do not usually have children! The popularity of marriage has decreased significantly in developed countries. There are several reasons for this. One of the most important is the changing role of women. The traditional dominance of men has been changed to a partnership where there is no clear distribution of power. Such an arrangement is, of course, less stable. Sex remains a fundamental element of a couple, yet couples are becoming more fragile, and the effect this has on children is less clear. Today, we define our new sexual habits as “successive monogamy”.

Would you like to give the Eurogeneration some practical advice for a happy couple?

Compatible personalities are very important, and of course, added to that are elementary altruism and a sense of responsibility. We also need to look at the reproductive aspect. Children need both parents and a stable environment to grow up properly. With the current demographic trend, ‘Western’ societies need a higher birth-rate for a successful European future!