Jamie Oliver, Paellagate and the end of the world

The British chef Jamie Oliver has many great qualities. He can get excited by the simplicity of a boiling potato, cook Moroccan chicken like a native and stun a whole country with his culinary boldness. Is the uproar he has triggered in Spain for his version of paella with chorizo justified? It's time to talk about our temperament.  [OPINION]

For those of you who haven't heard of him, Jamie Oliver is a famous British chef. It could even be said that the British adore him. He's been a part of British television for 25 years, and his cookbooks can be found in every home in the UK.  Jamie has traveled the world in search of recipes and has gotten, thanks to his TV programs and his Youtube channels, over 2 million followers, convinced that cooking should be a healthy, cheap, and revolutionary issue. With his Feed Me Better campaign, he encouraged Brits to stop overeating junk food, but he didn't stop there. Frightened by childhood obesity and the indifference of children concerning what they eat, Jamie headed to the United States and started Jamie's Food Revolution, where he went from school to school to show people what is and isn't a fruit. This time, however, the young man with checkered shirts and touseled hair wasn't showered with praise. On the contrary, social media has thrown him over for his latest efforts. The reason for their anger? Adding chorizo to one of the most internationally recognised dishes from Spain: paella.

His violation of ingredients could have been ignored as just a minor story, but that is not what happened. He has poked a hole in the nationial pride of Spain in a way that didn't exist until he became the topic of conversation. It has reached a point where no one can touch our traditions, nor can they interpret them in their own ways. If we had a camera to observe what other Spanish families cook on Sundays, we would probably be shocked. For example, few Spaniards respect the pure Valencian paella recipe that includes rabbit, snails, and green beans. More than one traditional recipe added barbecued ribs and act like nothing happened. Or even sausages. Bars in Madrid, on the other hand, have been re-inventing the classic Spanish omelette for years, and yet nobody has complained.  So why does this cause us such heartache?

There's a question we should ask ourselves.  Would we have reacted the same way if it had been Ferran Adrià who had changed the recipe ingredients?  Or is the problem that it was called paella and not "rice with random stuff", as some people have claimed?  In the end we blame the language, as always, which has already carried such weight.  The whole issue of "if you add chorizo to paella you can't call it paella" sounds a lot like "if two people of the same sex are married then you can't call it marriage."  In the end, the essence of these two things is the same.  The same is true for the creativity of the Spaniards, who didn't hesitate even for one second.

There are those who are hurt:

Others who have alluded to current politics:

"You all criticize Jamie Oliver, but the PP (People's Party) also add chorizos to everything and yet they have 8 million votes."

"In Valencia there is more tolerance for corruption than for a badly made paella by Jamie Oliver."

And of course, the artists:

He who is free of sin shall cast the first stone.

In order not to make a mountain out of a molehill, it's important to remember that the whole world has, at one point in time, "destroyed" someone else's recipe. Before getting angry, it's good to breathe twice and remember even worse cases.

The Italians, for example, have never understood why we Spaniards drown pasta carbonara in cream, whereas in the Italian recipe they don't use any. Without a doubt, this is one of our great Spanish clichés. 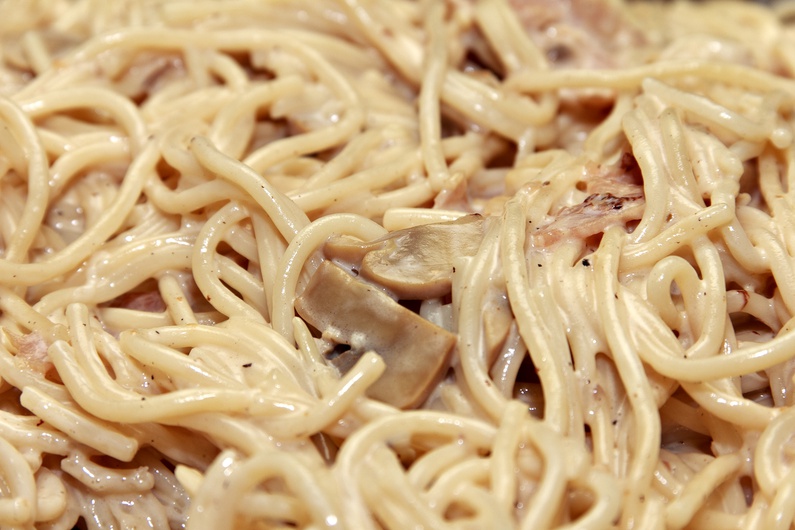 What about that explosive Spanish mix of Coke and wine that we named calimocho?  More than one winemaker won't admit to crying about it. 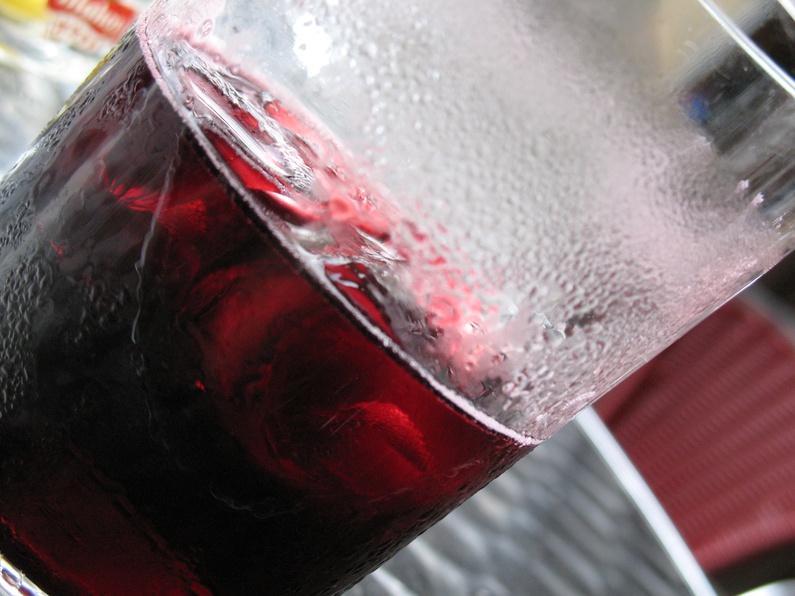 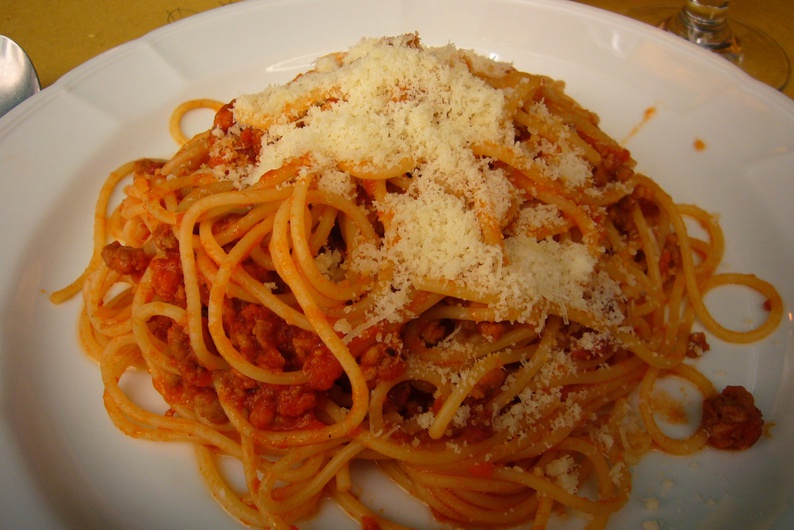 The Scottish kitchen could also feel insulted by the endless interpretations of tikka massala, which is a dish that comes not from the Taj Mahal, but was rather the invention of a Pakistani chef in Scotland. "The contribution of Glasgow to the popular kitchen deserves to be widely recognized", claimed a member of the Scottish Parliament.  Similarly, Japanese hearts would break if they knew that the Germans of the Thuringia region are experts in Kloß-Sushi, made with potatoes and ingredients found at home.  And the famous goulash?  In Hungary they continue to produce it silently while the rest of Europe makes a beef stew when it's really supposed to be a soup. 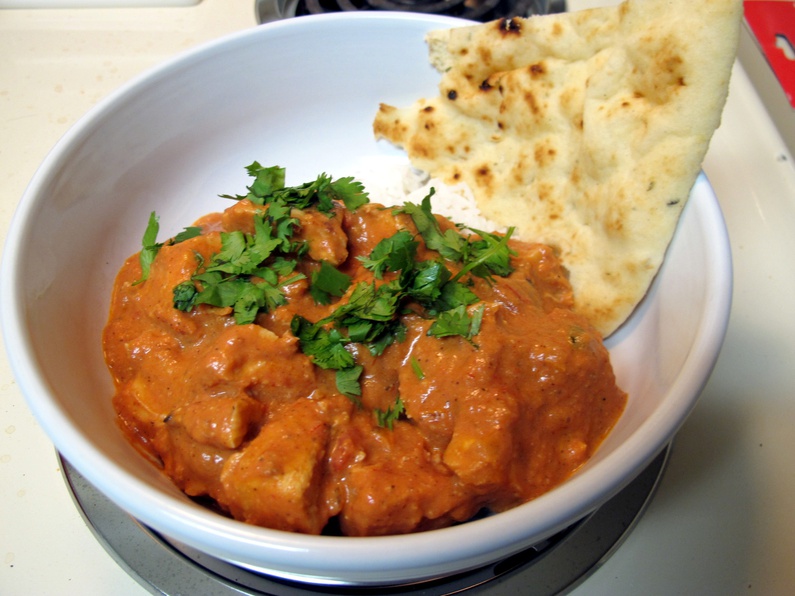 The Belgians also have a lot to say.  Their fries were made famous by the Anglo-Saxon world under the name of french fries, something that could make them break a dish.  But they still haven't done that because... they're very good people. 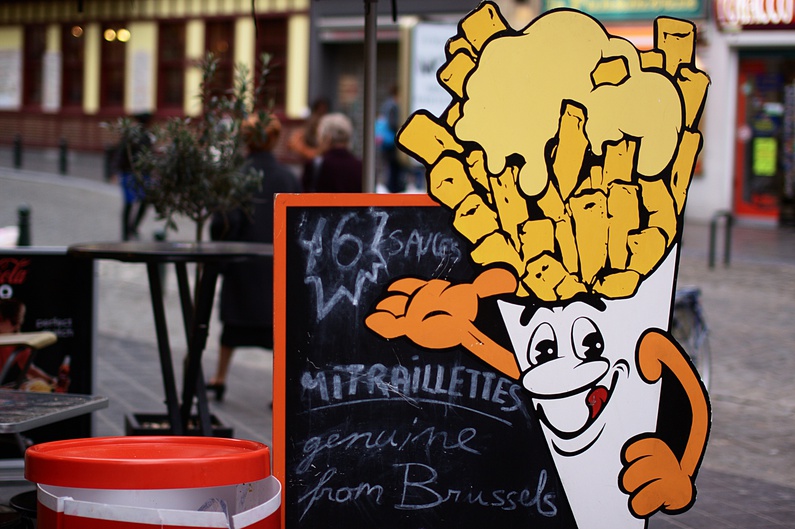 All of these examples are saying the same thing.  If you have something like paella that is, whether you like it or not, an international dish, then it belongs to everyone.  So, everyone will continue to according to their own wishes. And that is precisely what is so wonderful.

You've gotten Spain to be a trending topic and as Yusuf said so elegantly: that's something we can all agree on. Lovely!