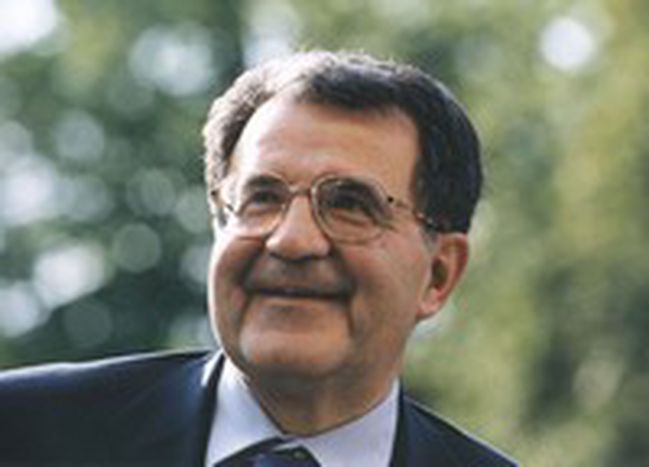 Afghanistan - delicate name for European governments. Italy is bridging the gulf between its international obligations and the Senate

'If we don't get a majority to support our foreign policy, we’re going home,' announced Italian Foreign Minister Massimo D'Alema last week. Prodi's centre-left union coalition’s one-seat majority in the Senate’s upper house didn't help matters along. Disputes over Italy's presence in Afghanistan and the expansion of an American air base in northern Italy meant that Prodi's nine-month reign as Prime Minister was on the rocks.

It's never been a walk in the park for left governments to discuss war and military missions in parliament. Tony Blair, British PM, can share in the stress. His authority has taken a knock with ministers and secretaries resigning left, right and centre who disagreed with his foreign policy goals. Unlike the unfortunate Prodi though, he can count on the backing of his rivals the conservatives to guarantee his foreign policy in the lower House. So what went wrong in Italy? Internal politics convolutes governance. It’s rare to agree on a shared position between the parliamentary majority and the opposition, even when it's to defend a common goal and the basic interests of the country.

Technically, in the present case, the centre-right opposition have voted against D'Alema's foreign policy programme, shielding themselves from an explicit discontinuity in line with Silvio Berlusconi's former government.

Hidden manouevres are suspected by the Catholic Church and the US, who have tried their utmost to convince life senators – the foundation on which the decisions of the Italian senate rest – to vote against a government hostile to their interests. It's the classic theory of the ‘Italian conspiracy.’

The incident was predictable. In July, various exponents of the radical left had already warned that ‘after six months we won’t be voting in favour of refinancing military missions abroad, as things haven’t changed. They requested a ‘signal of discontinuity’ on Afghanistan, a ‘peace conference’ – a load of hot air, like the majority which fuelled the debate today. Useful propositions only to measure the force of the parties and succeed, demagogically, the pacifistic consensus before resolving the real issues in Afghanistan.

Spain’s government is also feeling the pressure of the Communist left with the Afghan question. Rodríguez Zapatero’s decision to pull Spanish troops out of Afghanistan is a concession to his parliamentary allies, the Left Union, which doesn’t doubt the definition of the ISAF mission as an ‘occupational war’. The day after the NATO summit in Seville, (February 8/ 9), during which the militants of the party held up banners saying ‘Troops out, NATO no,’ Gaspar Llamazares, leader of the Left Union, declared that the ‘Spanish troops have been sent to Afganistan through the backdoor after being drawn out from Iraq.’

There have also been movements in Poland, whose military mission in Afghanistan is the root of political instability within the right-wing government. This time, the wet blanket is Andrzej Lepper, leader of the agrarian Samoobrona (Self-defence of the Republic of Poland) party, an unpredictable conservative movement allied to Kaczyski's Law and Justice party. Like Italy, Poland has to deal with the extreme fragility of its government.

Furthermore, Lepper's 'no' to the increase of the Polish contingent is not due to pacifist beliefs, but is instead a populist marketing exercise. The opinion polls indicate that the population disagrees with the mission in Iraq and Afghanistan. For this reason Lepper objects that money which could be spent on the health service, the unemployed or to fund pensions should instead be used to send another 1000 soldiers to the Middle East.

Speaking the truth is prohibited

The truth is that in all the European countries that currently have troops in Afghanistan, the rift caused by this risky mission has widened. No government except that of Poland has agreed to requests by the White House and by NATO to send a massive number of troops to the most dangerous part of Afghanistan in the south of the country. Not even the German Chancellor, Angela Merkel, who has a huge parliamentary majority, has decided to take more responsibility in the matter and thus sent six Tornado jets as part of a symbolic reconnaissance mission. Not even the irrelevance of the German maximalist parties has permitted Merkel to speak openly about Afghanistan. War is a taboo subject. Speeches are vague by choice, and the answers are ambiguous. Is it a civil mission or military one? Do the soldiers take part in offensive action as well?

In the parliaments of the European countries, as well as at NATO summits, everyone prefers to hide behind hypocritical attitudes. Those that have spoken clearly to the citizens, such as Massimo D'Alema, will now have to ‘go home.’