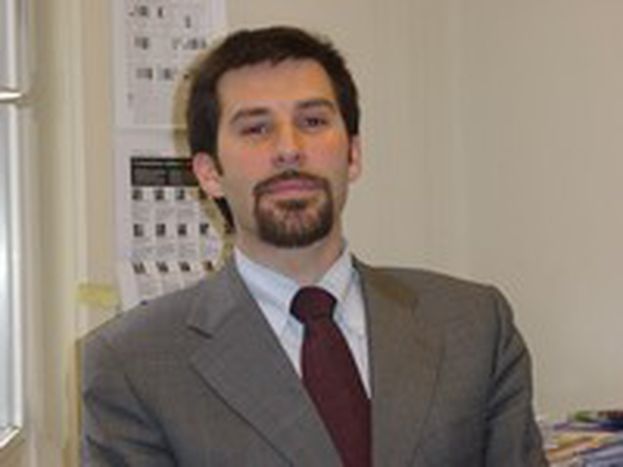 Italy: a weak economy in the euro zone

An interview with Dr Marco Incerti, researcher and Head of Communication for the Centre for European Policy Study (CEPS), Brussels.

Dr Marco Incerti, an Italian researcher and Head of Communication for the Centre for European Policy Study (CEPS), is an expert in institutional reform and issues that closely concern Italy. CEPS has been an independent source for solutions to European issues in all sectors of policy and the economy since 1983.

Dr Incerti, what are the Italian economy's problems in a European prospective?

Its problems are diverse and particularly concern the structure of industry, the demographic trend, the rigidity of the labour market, the lack or excessive distortion of competition in many key sectors (cf. the latest scandal in the banking sector), and the antagonistic attitude of the trade unions and government representatives.

In particular, Italy suffers from weak competitiveness in industry, most notably due to its composition, which is predominantly characterised by small and medium sized businesses (compared to other European countries) which are active in sectors vulnerable to ruthless global competition. For example, the importance of the Italian textile sector which is in direct competition with the Chinese market. What Italy, like all European economies, really needs is enormous investment in research and development which is the only way to re-launch the country's competitiveness. Unfortunately, however, allocating more resources for innovation would only produce long term results and, even if begun immediately, the next few years will certainly not be easy for Italy.

From the point of view of demographic growth, the problem is equally serious, especially as regards its effect on GDP. Taking into account the continually aging population (the percentage of the population over 60 is 24.5% - author's note) and the fact that the average birth rate is continuing to fall, (approximately 9.6 units per thousand inhabitants - author's note) the current pensions system appears unsustainable without reform.

What impact has the Berlusconi government had?

It has not solved the problems. Berlusconi's government has not respected many electoral commitments and, in particular, has not brought forward the structural reforms necessary to restart the Italian economy. By way of an example and going back to the demographic problem, the Berlusconi government has postponed the full entry into force of reform of the pension system until 2008, principally to avoid bearing the political consequences caused by a worsening of the system, and thus weakening the reform itself.

From a European perspective, the centre-right government has continually and publicly discredited reforms stemming from the European Union and, moreover, has blamed the euro for the country's economic malaise. The effect of this attitude can be seen in the protests against the high speed train line (TAV) from Lyon to Turin which have seen the extremitisation of wide sections of the population and an end to dialogue as regards a grand, conceived structural project within the European framework.

Could Prodi do better?

Economically-speaking, yes - but only in certain areas. Prodi could bring in a different culture of government and some of his collaborators have a better idea about what Italy needs. However, it remains to be seen if the centre-left can get beyond the internal opposition within his own coalition to the necessary reforms, which are perceived as being excessively harsh even by parties that support him. One of the greatest benefits would probably be losing the excessively antagonistic positions of the trade unions and government representatives who, in a left-wing world, would reach a better, constructive understanding. In sum, on paper Prodi has what it takes to allow the socialist elements to better digest the 'blood and tears' which will have to be spilt in exchange for re-launching the economy.

Was it right to let Italy enter the euro zone?

Of course, absolutely! Yes, Italy has never been seen as being top of the class by the creators of the single currency. Indeed, many thought that the Stability Pact criteria had been fixed in such a way as to exclude economies with characteristics typical of the Italian economy, and I amm thinking here mainly of the enormous public debt (which in November amounted to 1,537,219 euros - author's note). However, Italy has brought a large section of market to the euro and has contributed to stabilising its value and credibility. On the other hand, the euro has also helped Italy a lot - the country was forced to go through a series of dramatic reforms, in the 1990s and beyond, which have made the public debt a little more sustainable.

One of the real problems with the euro is that Italy made the mistake of being too soft in November 2003 with respect to France and Germany's 'stretching' of the Maastricht criteria, in order to obtain in exchange the same indulgence it now needs itself.