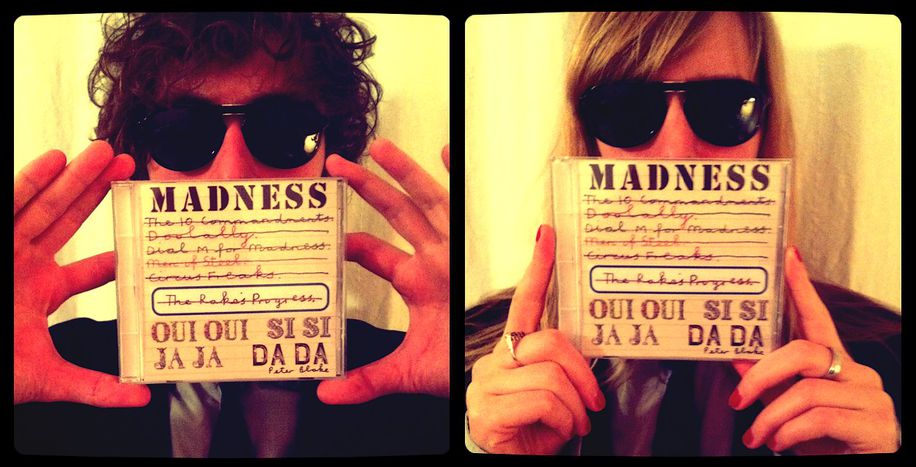 We all know the British band from parties or the radio. The music giants have been around since 1976, and brought out their latest album 'Oui, Oui, Si, Si, Ja, Ja, Da, Da' in late October. Though their 2009 album 'The Liberty of Norton Folgate', which invented ska-pop, was not a success, the 'rude boys' are not quitters

Federico: This time I’m not going to be the party pooper. Madness’ new album is music with a capital M! This is the seven-piece group who invented ska. They’re obviously all real musicians who can all play more than one instrument. Booming vocals, lavish arrangements with the odd bit of chaos, and that distinctive trumpet and saxophone playing……Just what we needed too! I’ve had enough of pop minimalism. And these guys have got rhythm! They really look like they’re enjoying themselves making great music……. Not bad at all. 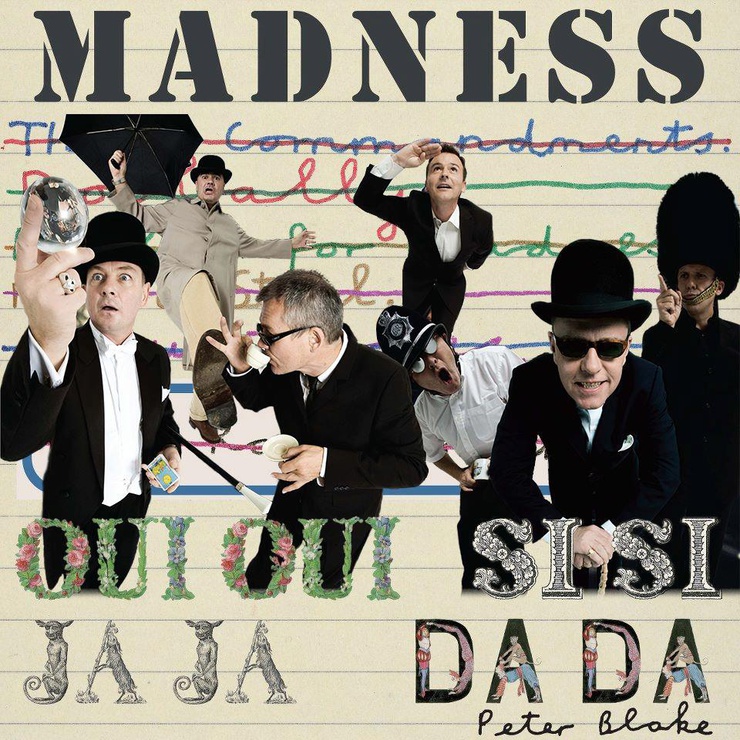 Katharina: Yeah these guys are definitely veterans of their genre. Their  1982 hit Our House is on all the time on German radio. But I can’t help feeling that they’re a bit past it. That starts every time I hear the annoyingly cumbersome chorus on the first track of this album - Oui, Oui, Si, Si, Ja, Ja, Da, Da. It makes you wonder whether Madness need to convince themselves that making album number ten was a good idea by singing 'yes' eight times in four languages (namely French, Spanish, German and Russian - ed) in the title track….

F: Huh? So you think being 'past it' means playing in London at the 2012 olympic games closing ceremony, or performing on the roof at Buckingham Palace in a suit and sunglasses! That’s classy! It’s amazing that they want to keep on playing and bringing out albums on their own label after thirty years. Madness was the first group to bring ska to the general public and they’ve developed their own sound (just think about that 'nutty sound' in One Step Beyond!) You wouldn’t believe how many groups they’ve influenced. Even Italy has masses. So why should they stop? Just for you?

K: You know what I think of when I hear them? Having a pint of beer at a fun fair. Ok, I do respect the lads from Camden Town. Respect to them for what they’ve done for music and because they had the honour of playing to her majesty the queen this summer. But to be honest, if I close my eyes listening to Misery (that’s a good name for it), I feel like I’m at the Munich beer festival with a load of drunk Germans swaying arm in arm on benches. That’s not the same group you hear performing Our House.

F: Look here. You’ve really got to listen to this kind of music live, not listen to a studio recording. It sounds to me like you’ve got ska on while you’re having a cup of tea. Let me tell you something. I put on my favourite track from the album, Leon, at a party. It went down really well. I watched some live videos. You know, they were so good… I’m not saying I liked the whole album. I do like it more when they stick to more English sounding music, and not for instance when they wander off to Mexico…..

K: Well we agree on something then. La Luna is Madness in sombreros. It doesn’t work. Leon or My Girl 2 have got a sort of London vibe, and that’s why they do work. But if they go away from London, they bomb…. I’ve no idea why they try to do 'world music'. It’s kind of weird, but ballads like Small World and Powder Blue (which are reminiscent of David Bowie) really do it for me. But although you think So Alive (not the best name for a track like that) is good to dance to, it reminds me of a bunch of old fogeys sitting in a circle with their morning cuppa, clapping their hands. I’m sorry but Madness are really showing their age.

F: You’re entitled to your opinion. But I’d say this isn’t a pensioners’ band. This is the group that got Peter Blake to design their album cover. He’s the one who did the design for The Beatles’ Sergeant Pepper’s Lonely Hearts’ Club Band. Peter Blake is one of the biggest British artists alive today. I’ll tell you something else too, for nothing. What makes me respect them even more even though I didn’t know them that well is that it’s obvious they couldn’t give two hoots about marketing. But anyway, the album went straight into the top ten in Britain right after it was released.

K: There are some odd combinations, like ska versions of Beethoven or reggae wedding marches. I’ll admit they’re pushing it a bit. But the most off the wall song sums up the whole album for me, I think - Death of a Rude Boy. With the last track on this album, it’s that chorus again, and I thought 'No, no, non, non, nein, nein, niet, niet…'