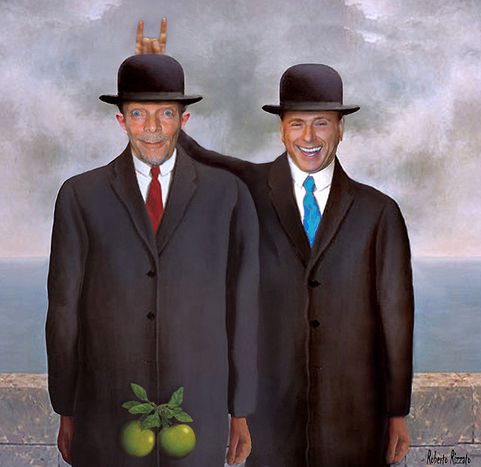 On 12 November Silvio Berlusconi is scheduled to officially resign. Yes, he is leaving the stage, the king of all the clumsy politicians who has been one of the models of Italian journalist Alberto Toscano’s latest book, which was published in September in France

‘These Blunderers Who Govern Us’ (Ces gaffeurs qui nous gouvernent, Fayard 2011), is the latest work by Alberto Toscano. A retired former Italian journalist in Paris, Toscano amuses himself by exploring the relationships between the two people that live on the opposite sides of the Alps. This time he has gone further in writing a quasi manual that traces the history of politicians blunders, revealing the connection between politics and communication and describing how the renowned faux pas have created clichés of entire peoples. Just think of the derogatory jokes made by the British royal Prince Philip, or American president Barack Obama, who talked and proposed a toast to the queen while the British anthem was still playing in May.

‘A politician’s gaffe can be anything,’ Toscano explains at a restaurant close to the centre of Paris. It can be a joke, a clumsy gesture or an offending remark. ‘But in whatever way it may be meant, it is a keyhole through which the man in the street can witness the intimacy of our politicians.’ He uses two very simple French examples to make his point. ‘When the 2008 French opposition candidate for the socialists Ségolène Royal visited Beijing and said that France could learn from China's justice system, it uncovered her weakness of wanting to please her interlocutors.’ Then there’s also her competitor at the time and eventual vanqueur, current president Nicolas Sarkozy. He is famous for not even knowing how to control himself during a press conference: ‘When he contemptuously says ‘casse toi pauvre con’ (go away, poor fool) to a fellow citizen, he shows himself up as someone who does not understand how a president of the republic should mingles with the people - insults are avoidable. If you are not able to deal with them, it is better to look for another job.’

Toscano’s book is crammed with contemporary gaffes, which proves that something has changed within political communication. For example the former French justice minister Rachida Dati, famous for confusing the word ‘inflation’ with ‘fellation’, repeated her mistake with a similar blunder just to attract the media’s attention – on Belgian television she is reported to have called the president Nicolas ‘Sodomy’. Toscano is dejected. ‘We have reached a situation which renders it necessary to speak nonsense in order to get into the newspapers.’

The revolution started with Silvio Berlusconi, ‘but identifying him as the creator would do him too much honour he does not deserve,’ says Toscano. Instead Berlusconi is ‘the instrument that was used to initiate the revolution, the acid test of a democratic crisis.’ The Italian prime minister presented himself as the anti-politician, one who rebels against ‘political theatre’. In Toscano’s eyes, it is only because of a democracy in crisis that he has been allowed to get into power at all and deal low blows to the language of democracy. ‘After decades of peace and political stability the new generations forgot the meaning of poverty and dictatorship,’ he says. ‘Berlusconi has been able to step forward in the country where democracy was in the most critical state.’ Italy has been ruled by the christian democrats for half a century with an opposition feeling bitter for never having risen to power. His departure meets with approval from financial speculators and the tired Italian people, a feeling which is shared by world leaders who almost ignored him during the recent G20 summit in Cannes.

That is how gaffes, including anti-semitic jokes or ‘Romolus and Remolus, the creators of Rome’ (as Berlusconi said in front of an international audience instead of Romolo and Remo - ed), are being used as a communication tool, to stop journalists talking about the real problems. That is how a climate of lightness and a lot of ignorance was bred, developing a virus that has affected much of the European ruling class. 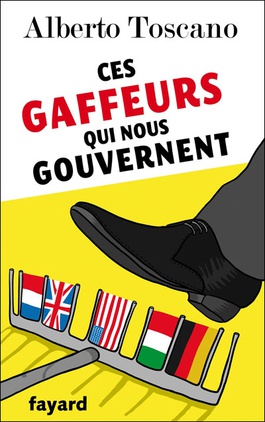 However, gaffes are timeless and always funny. Here are three examples, taken from Toscano’s book, that will remain indelible in the history books.

October 1945, the newly-founded united nations counts fifty-one member states, including three belonging to the soviet union: Russia, Belarus and Ukraine. During a meeting of the labour commission, all delegations are addressed, and all the present ones should respond with ‘yes’. ‘Argentina’: ‘Yes’

The commission’s president tries again: ‘Belarus?’ ‘No’. The Belarusian delegate, who speaks neither French nor English, does not respond to the request to explain himself. A Russian then intervenes by revealing the mystery: the Belarusians and the Ukrainians have received orders to always vote the opposite of the western countries (more specifically: Argentina and Australia)

19 February 1973. the Italian foreign affairs minister Giuseppe Medici is on an official visit to Vienna. During the press conference, a gentleman asks him a question about the Middle East. The minister’s assistant warns him: ‘That’s the engineer Wiesenthal, the famous nazi hunter who managed to arrest Adolf Eichmann in South America’. The minister answers: ‘Thank you for the question, Mr. Eichmann’. To save the diplomatic situation, the director of Medici’s cabinet laughed, and luckily the whole room followed suit

11 February 2011: The Indian foreign affairs minister to the UN security council reads the speech of his Portuguese colleague who spoke earlier. He addresses the speech to Brazil – not India - and welcomes the presence of two countries with the Lusitanian language. He continues reading aloud for two paragraphs, without noticing anything. The Indian press deride him for days and days.