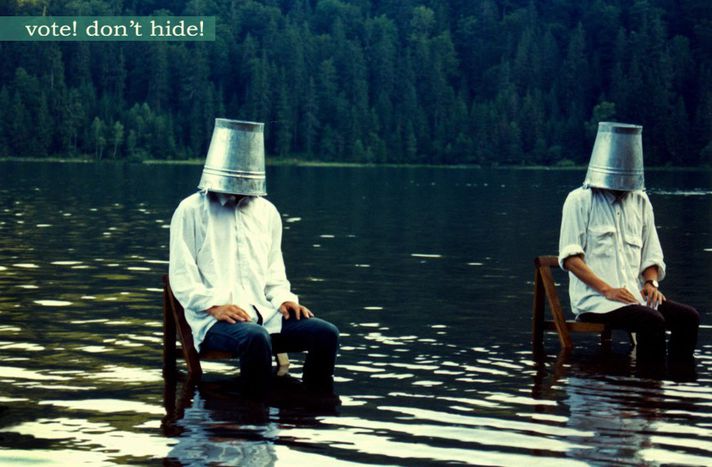 In Romania the referendum initiated by the government to oust president Traian Băsescu failed due to low turnout. According to the election management just 46% of the 18 million Romanians on the electoral register cast their ballots on 29 July. Băsescu would be hard put to claim this as a victory EU commentators say

'People voted for or against living by democratic rules' - Dilema Veche, Romania

According to the election management, only 46% of Romanians turned out to vote in the referendum. This falls short of the necessary quorum and means Traian  Băsescu could stay in office. But this is not really about Băsescu, it's about Romania's political culture, writes the Romanian weekly: 'Even Traian Băsescu had no idea how to behave in high office. And yet, there was no evidence that he had committed a grave violation of the constitution. Conversely the government and majority of parliamentarians did violate the principles of a constitutional state. In the referendum people were not voting for or against Băsescu, but for or against living by democratic rules. No matter what the outcome, we need new politicians who respect the institutions. We don't have any so far. Until the time comes when we do, the crisis will continue and we will lose ourselves in elaborate opinions instead of confronting the facts: that we have a problem with political culture' (Mircea Vasilescu)

Romania's president Băsescu is to stay in office because too few Romanians voted to oust him in the referendum. Of those who participated, around 80% voted against him. Băsescu should make way for early presidential elections, according to the internet portal of the Deutsche Welle: 'The president is returning to his palace, but unlike after the 2007 referendum, his power has waned. A coalition with the social-liberal government is virtually out of the question. If this political crisis continues Romania will be pulled into a lethal vortex, and there will be no escape, even for the old seafarer Băsescu. If things are to calm down for the country Băsescu has only one choice, and that is to step down triumphantly and make way for early presidential elections in autumn 2012 to coincide with the planned parliamentary elections. It is high time that Romania parted ways with the old political clique. Young, credible politicians must be given a decent chance if democracy and European values are to hold any sway after this summer's absurd theatre' (Robert Schwartz)

Before the referendum president Traian Băsescu had called on the people to boycott it. But the fact that the turnout was below the required 50% cannot really be interpreted as a vote for the still incumbent head of state, comments the Swiss liberal-conservative newspaper: 'If Băsescu remains in office thanks to a failed referendum he can hardly chalk it up as a victory. Most of the population saw themselves facing the dilemma of siding with the president, although he has lost almost all credibility, or heeding the call of a government which in a matter of a few weeks has inflicted long-term damage on Bucharest's image abroad. For many it was a question of choosing the lesser evil' (Rudolf Hermann)

The power struggle between the government and president is doing Romania great harm, writes the Italian liberal-conservative daily: 'Romania's democratic credibility has suffered. Bucharest is experiencing one of its most serious institutional crises since the fall of the Ceauşescu dictatorship in 1989. It will have lasting repercussions for Romania's political and economic stability. This crisis comes at a time when the country is trying to obtain a further emergency loan from the international monetary fund. But a nation that disregards the rules of democracy can easily end up in no-man's-land - excluded by the EU and avoided by international investors. If we look at neighbouring Hungary, where Viktor Orbán is behaving with increasing impatience towards the democratic institutions, it's clear that the EU's eastward expansion left many problems unresolved' (Luigi Ippolito)