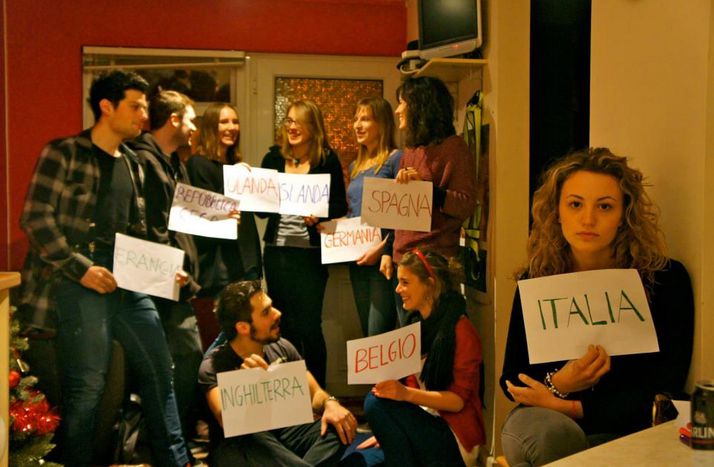 With elections due for 24-25 February, over 400, 000 Italian students abroad, some on the erasmus student exchange programme, will not be allowed to vote

The Mayans predicted that we wouldn’t live to see the day after 21 December 2012. Despite their predictions, 22 December did indeed come. That was the day when the president of the Italian republic announced that the country’s next elections would be held on 24 and 25 February 2013.  The text of the decree in question (n.226) specifies how Italian citizens who find themselves out of the country at the time of an election can vote: this refers particularly to those registered with Aire ('registry of Italian citizens residing abroad'), and those who find themselves abroad because of ‘service or international missions’ (such as those in the armed forces, public service workers and university staff, both professors and researchers). All other Italian citizens who are temporarily residing abroad ‘will only be able to vote if they return to Italy and to the municipality in which they are registered to do so’.

Mainly students and workers who are abroad for a short period of time are affected by the decision. A considerable number of Italians will not be able to return to their native country or go overseas just to vote. If you look at one group in particular, for example the Italian students currently participating in the erasmus student exchange programme scheme, the number reaches at least 25, 000. 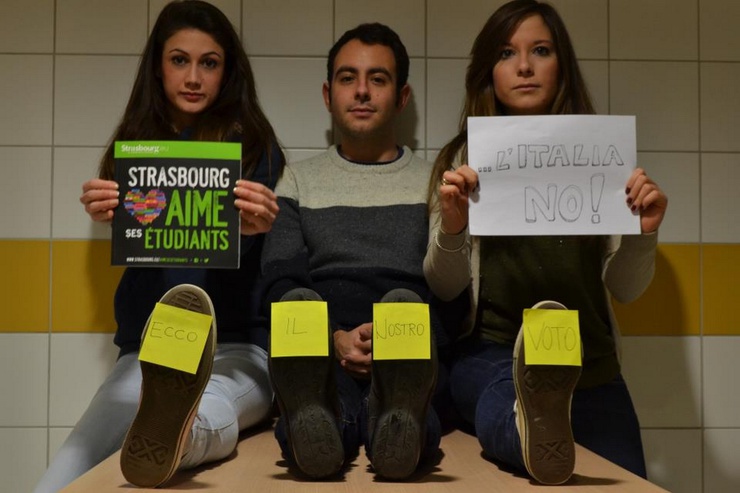 There have been many calls to try and change the situation in time for the upcoming elections. MEP Silvia Costa has suggested that erasmus students in particular should be able to register to vote at Italian consulates, or be reimbursed for the costs they would incur in travelling back Italy. The students themselves have also been able to share their views thanks to social media sites; media attention was garnered for a petition directed at the interior minister, Anna Maria Cancellieri.

Other Italian citizens and students who have been living abroad in the past have had to choose between incurring costs and going back to their native country to vote, or otherwise help contribute to an increasing percentage of people abstaining. The government’s refusal to compromise will be the first step in the battle for a more democratic and ‘European’ Italy. Alessandra P, 21, is originally from Bari in south-eastern Italy, and studies at Trento university. As she is currently on an erasmus placement in Britain, she decided to show create one of the most followed facebook pages dedicated to the fight called ‘Italian students who won’t be able to vote in the upcoming elections’ ('Studenti italiani che non potranno votare alle prossime elezioni'). ‘So much attention is being given to the problem right now precisely because of student activism,’ she says. 'Social media sites have been essential in bringing together all of those people who want to vote, but for whom it has been made impossible to do so.'

'Erasmus students are abroad participating in a scheme which is endorsed by the Italian government, yet the same government now won’t give them the right to vote'

For Andrea M, a 24-year-old Neapolitan who is currently studying engineering and is an erasmus exchange in Paris, ‘It’s a matter of principle: the right to vote should be guaranteed for all those who have Italian citizenship, even those who aren’t living in the country because of their studies, research, or a job. After all, these are people who in a few months, will probably go back to Italy. Erasmus students are abroad participating in a scheme which is endorsed by the Italian government, yet this is the same government who now won’t give them the right to vote.'

Defeat or first step towards change? 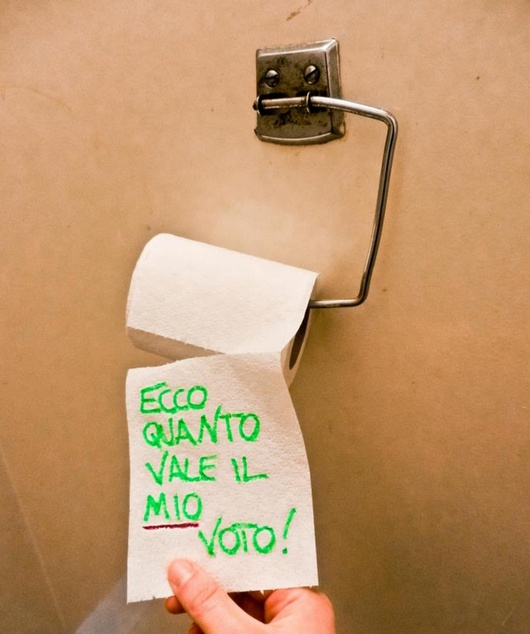 Despite the protests and outrage caused, the Italian parliament has released a statement: ‘These difficulties cannot be overcome. Firstly there is time and practicality to take into consideration, but mainly it’s the constitutionality of it. We are being asked to single out erasmus students as a specific group of voters;  this will come at the exclusion of all the others who find themselves abroad for study, but who aren’t part of the scheme’. Alessandra is defiant. ‘I don’t see the government’s refusal to compromise as a defeat for us,' she says. 'It’ll just be the first step in the battle. It means we don’t have to accept a temporary change at the last minute, but we can ask that our country takes a step further towards becoming more democratic and European.'

Words such as these - 'democracy', 'Europe' - reflect the real nature of young Italians today, though they are often criticised for their lack of interest in politics, for being mummy’s boys and girls or for ‘deserting’ their country to find work abroad. Alessandra suggests a reality which is somewhat different; there are young people who are resourceful in their use of new technologies, who want to better themselves, who don’t want to be excluded from the political life of their own country. ‘We have shown that Italy has a load of young people who want to help change things and that together can have a great impact on how things are,' she adds.

In Italy, politics is often something to be mocked and not to be trusted. In its elections the key ideas have been ‘severing ties with the past’ and ‘revolution’. It is a country where those who abstain ‘are the biggest party in Italy’. The government should not show their indignation by physically obstructing a citizen from expressing their opinion at the ballot box. Young people are outraged by the promises of politicians, their calls for change which don’t seem to match up with the immobilism which really characterises Italian life. The two erasmus students say they won't be able to go back to Italy to vote on 24 and 25 February, because of travel costs and their studies. These are the real ‘difficulties which cannot be overcome’.