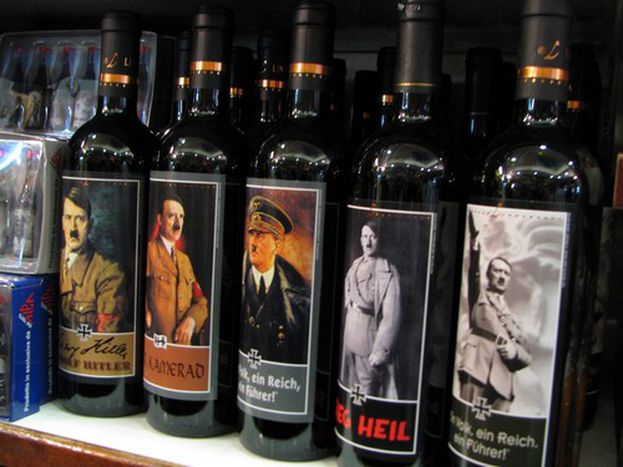 Italian far-right on Facebook: 'kill them all in Zingonia'

On Facebook, the group ‘Let’s invade Zingonia and kill them all’ has gathered 700 members. Volunteer teacher Miriam talks about how spiralling anti-immigrant rhetoric is making life difficult for Italy’s new arrivals 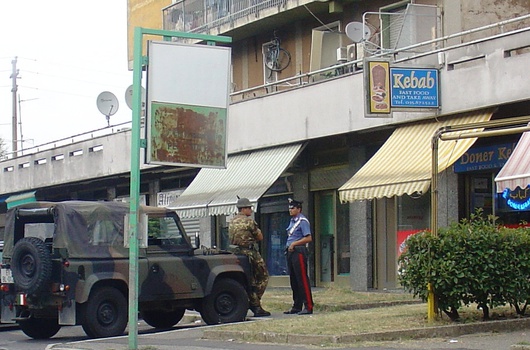 ‘What’s Zingonia?’ Miriam Franchina lives five kilometres from Italy's most notorious ghetto, and it's not a question she's asked too often. ‘It’s a place forgotten by god. But we Milanese cannot forget about it, and nor can the people living there.’ Zingonia was conceived as a utopia, a model city equipped with its own hospital, a hotel and parks. There are few who would holiday there now. ‘It ended up a Bronx,’ says Miriam. 'If you asked my parent's they'd say it was a hot-bed of terroni (southern Italian immigrants - ed). But any Italians have now moved out.' The tumble-down palazzi are now inhabited by people of African and Asian origin.

Miriam volunteers as an Italian language teacher. Most of her students live in Zingonia. They come after twelve hour shifts working in Milan 'to broach syllables, articles and verbs.'  Ali is an Egyptian bricklayer with a degree in psychology, whose father was a political opponent to Mubarak. Jaspreet walked from the Punjab across Russia, entering Italy on foot. Asma left Morocco to follow her Senegalese love; her family wouldn’t let her marry a black man. ‘She was sent back in a coffin after being knocked down on her way to work, biking there at 4am regardless of the chronic lack of bicycle lanes. The last I knew of her was a two line obituary in the local paper.’

Before the infection spreads 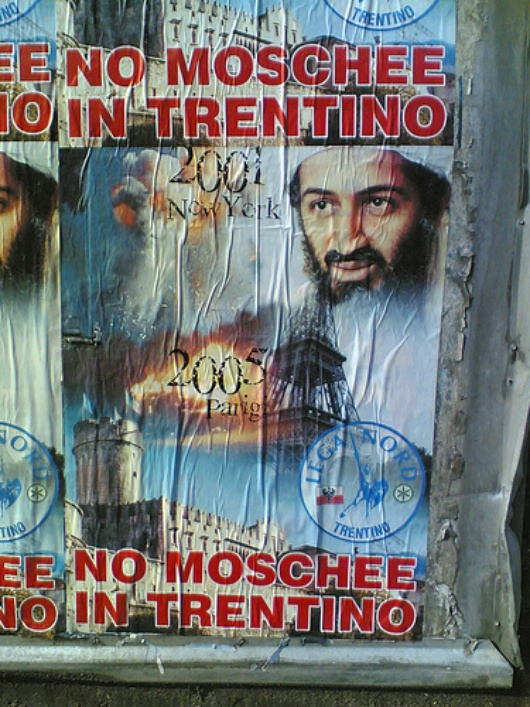 The centre of Zingonia is Piazza Affari. The square is named after the stock exchange in Milan, but the only trading going on now is rather more illicit. Prostitution is open. ‘Once you make it clear you’re not here for drugs you have to put up with a lot of glances,’ Miriam says. ‘Well, maybe these Moroccans and Pakistanis are just sexually-repressed, or more likely they’re wondering why the hell an Italian is walking among them, trying to make contact with them.’ Lombardy has traditionally voted to the right, but recent years have seen the rise of a particularly extreme right-wing political movement, the Lega Nord ('Northern League'). The party is no fringe group; their support was crucial to Italian prime minister Silvio Berlusconi’s victory in the last elections. In 2008 the Lega launched a campaign ‘to clean out Zingonia, before it infects the nearby towns’, setting up an election stall in the middle of Piazza Affari.

The Lega Nord has been behind a swathe of eccentric anti-immigrant measures across northern Italy. Kebab shops have been banned from Capriate. In the north-eastern region of Friuli Venezia Giulia, the Lega has pushed for ambulances not to be made available to non-citizens. Their deputy, Matteo Savini, has gone as far as to demand that the seats on the Milan metro be reserved for the Milanese.

Wearing of the so-called ‘burkini’, the swimming costume that preserves islamic modesty, is punishable by a 500 euro (£438) fine in Verona. When questioned about the law, the mayor Gianluca Buonanno commented that ‘muslims can choose to swim in their own bathtubs.’ Giancarlo Gentilini, one of the Lega’s most well known members, expressed a wish for the ‘elimination' of 'gypsy children’ and the ‘ethnic cleansing’ of ‘faggots’. In September 2008, he called for a ‘revolution against those who want to open mosques, phone centres and foreign shops.’ Such outbursts have done nothing to dent his popularity with the electorate; he served the maximum two terms as mayor of Treviso and is now the deputy mayor. As mayor, he is notorious for his decision to remove all the benches from the local park to ‘stop immigrants from gathering on them.’ The water and electrity of the Treviso mosque was cut off on the first day of ramadan in 2009.

Ghosts with a life-story to whisper 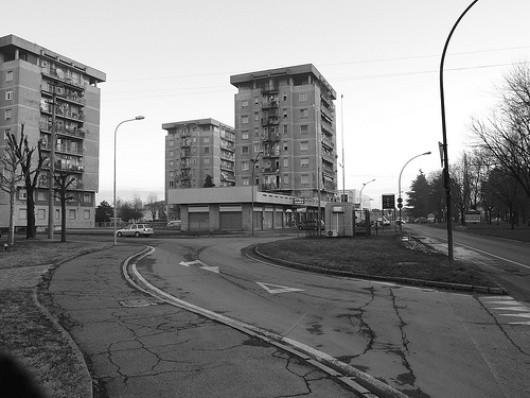 Italy’s 2009 immigration legislation, the Pacchetto Sicurezza ('security package') has been criticised by Amnesty International. It dictates that illegal immigrants cannot legally recognise their children, and can be arrested and deported if they attend a hospital. Even legal migrants cannot choose to marry unless they have held a resident’s permit for over two years. Another consequence is that being an unregistered refugee in Italy is now a penal crime.  ‘The sans-papiers are not registered at our course; they’re just there, ghosts with a life-story to whisper and the fear of being chased after by the police,’ Miriam tells me.

Raids on the Zingonia condominiums are regular and unpredictable. ‘They stopped a school bus and made all the pupils get off in a search for clandestines,’ Miriam says. ‘Every time they raid, they cut off the water and electricity, wake families up at 5am. My student Ahmed was delighted when he could write the sentence I hate Zingonia because I can’t sleep at night, the police come often and wake everybody up. Every chase makes it to the front page of the newspapers, with the count of how many clandestines have been rooted out. Every one of them sent away is one person less that can steal our jobs, rape our women, steal our life-time savings, cram the queues at the emergency room. Their fate is never known: a deportation centre, jail, a flight back to their country. Out of sight, out of mind. Probably they’ll just go back to square one and grant themselves another go in another city, in another region, another country. There’s always a tomato-field or a workshop ready to welcome cheap labour.’

- 'I want a revolution against the non-EU illegals. I want a cleaning of the streets, of all these ways that disturb our country. I want a revolution against nomads and gypsies. I destroyed two camps of nomads and gypsies in Treviso! I want to eliminate all the children of the gypsies that go and steal from the elderly. I want double-zero tolerance.'

- 'I want a revolution against the ones that want to open mosques and islamic centres. Even if here, the church hierarchy says 'let them pray as well'... No! Let them go and pray in the desert! I will open a carpet factory and present them with carpets if they go back to the desert! I want a revolution against the opening of phone centres, of shops selling foreign things.'

- 'I don't want to see blacks, browns, yellows, or greys teaching our children. What will they teach them? The civilisation of the desert!'