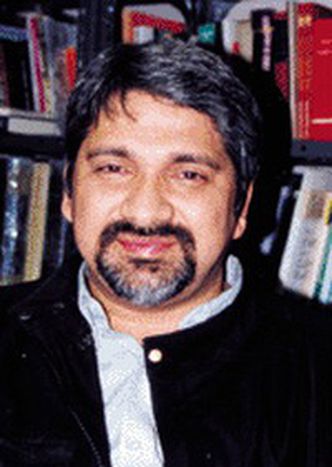 The London bombings have shocked the world and once again raised the question 'Why?'. But people who hurry to blame fundamentalists and poverty are missing the point: Islam itself.

Today there is a lot of talk about the root causes of Islamic terrorism and how to deal with them. So what are these root causes then? UK-US foreign policy? The West’s lust for oil? Illiteracy and poverty in the Muslim world? The hijacking of Islam by a few extremists? These, amongst others, are the reasons most left-wing intellectuals and self-declared liberal Muslim thinkers, from British journalist Robert Fisk to Pakistani author Tariq Ali, are providing for the attacks on London and Islamic terrorism in general.

But let’s be frank. While we can’t deny the double standards of US foreign policy or America’s quest for hegemony, when have Muslim states not shown the same double standards regarding international affairs? Haven’t Muslim nations tried to dominate their own neighbours, even when those neighbours are part of their Muslim brotherhood? Pakistan’s quest for hegemony in Afghanistan, Syria’s hold on Lebanon, Iraq’s attacks on Iran and Kuwait; these are just a few prominent examples. And our famous progressive Muslim scholars barely mention the barbarianism of Muslim Iraq, Iran and Turkey towards Muslim Kurds.

So let’s look at the real root cause of Islamic terrorism: Islam today. World leaders, in order to maintain religious harmony, claim that Islam is a religion of peace. But in fact there are several fundamental flaws in the teachings of Islam: gender inequality, intolerance of non-Muslims and limited personal freedoms (including freedom of expression and the creative arts). It is true that Islamic terrorism is staged by only a small percentage of extremist Muslims; however, it is also true that this terrorism is not strongly condemned by the majority of other Muslims.

The need for change

Progressive Muslim scholars claim that Islam has been ‘hijacked’ and that ordinary Muslims don’t support terrorism. If this statement is true, then why is Osama Bin Laden a hero in most Islamic countries? Walk on the streets of Pakistan, Sudan, Bangladesh, Indonesia, Somalia and many other Muslim countries and you will see the respect and love shown for Bin Laden and other leaders like him. This respect is not a result of illiteracy and poverty but of the way in which Islam is taught. This is why thousands of Muslim doctors, professors and other highly qualified professionals do not condemn Islamic terrorism.

The world’s media and leaders need to focus on truly liberal Muslims who have the courage to demand real change to remedy the basic flaws of Islam. Those self-declared progressive Muslims who try to justify Islam as a religion of peace and tolerance are just making the situation more confused. There are many real liberal Muslim scholars who have been proposing changes to Islam for years, but their voices are constantly and deliberately being ignored by the media. If these voices start getting heard, perhaps they will change the traditional Muslim mind for the better.