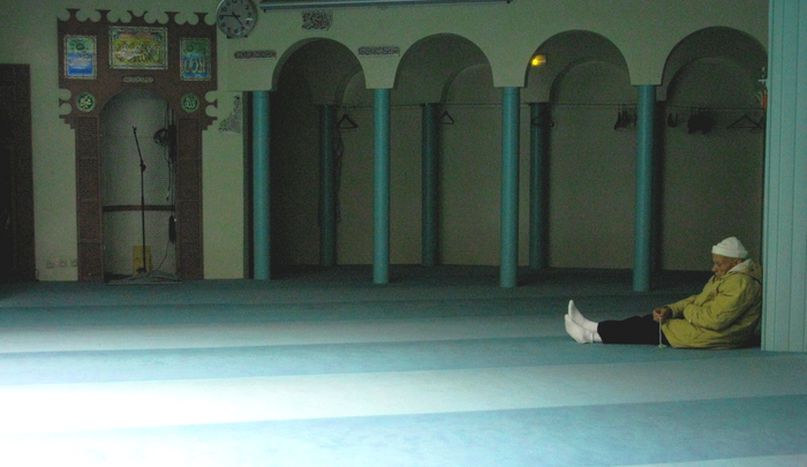 Islam in Strasbourg: role model for the rest of EU?

With more than 20 mosques, 30 catholic churches, 13 protestant churches, 9 synagogues and 10 Buddhist temples, many believe that the creation of an islamic theology department would solve the problem of integration. Such an establishment is not permitted in secular France; but with a local statute and the system of 'recognised faiths', it can be in Strasbourg

Once elected president of the United States in January 2009, the nation which bore the brunt of 11 September, Barack Hussein Obama gave his first interview to the Arabic satellite news channel Al Jazeera.  While visiting Europe in April, he chose to stop in Ankara to put across this message clearly: 'Our partnership with the Muslim world is crucial. I am one of you.'

Islam, for the new American government, is a priority. Here in Europe however, even in the run-up to the European elections between 4 and 7 June 2009, the problem has not been addressed, or at least not directly; the debate has been limited to whether Turkey should be allowed to join the EU.

Whoever worries that 76 million Turks could change the identity of Europe (or of the EU) ought to recognise that there are already 14 million muslims – according to a study by the Zentralinstitut Islam-Archiv Deutschland – living in EU countries. That's not even just Europe, which is home to over 50 million. These are often full citizens. The debate doesn’t affect all nations in the same way: France is obviously an important case, boasting as it does the largest muslim community in the EU. According to official figures, this is 5.5 million-strong. Indeed it is France, secular state par excellence, which is 'proposing' a model for the rest of Europe to follow. At least, this is according to Roland Reis, the socialist mayor of the Alsatian capital, who attended a discussion in Fez on the legal position of Islam in Europe supporting this idea at the end of March 2009. 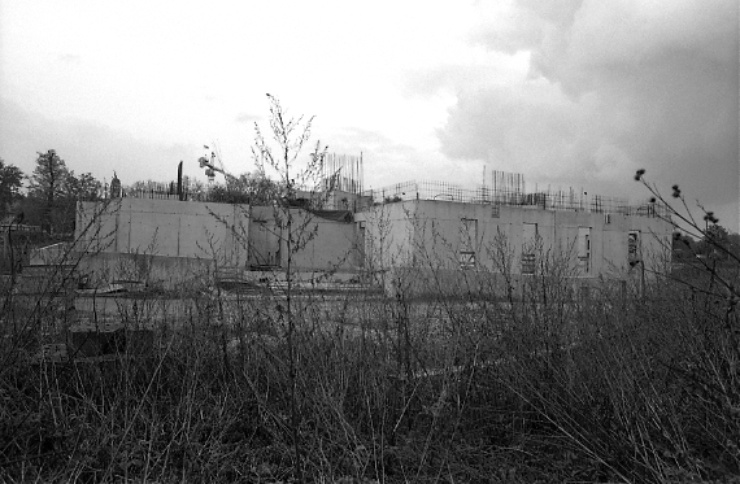 Tale of the concord and the local bylaw in Alsace and Moselle: 858, 000 euros of subsidies

The separation between church and state in Alsace-Lorraine (also known as Alsace-Moselle) is 'imperfect'. The 1905 law on the secular state is valid in ‘France de l’interieur’, as the 'rest of France outside Strasbourg', which has a different legal status, is called in Strasbourg. But it is not applicable in Strasbourg because at that time the region was under German control. There is still a bylaw in force here, which was subsequently integrated the concord which Napoleon Bonaparte signed with the Vatican in 1801.

This, along with the subsequent modifications, provided a scheme of four main faiths: catholic, protestant, calvinist and, later, judaism. This was integrated into the state system. There would be religious education in schools, ministers would be paid by the state, public grants, public theology departments, which would instruct the ministers of the respective branches, and the president of the republic would have the power to elect bishops. Because of this, the project of building the great mosque of Strasbourg will receive a subsidy of 10% of the cost of the total works - 858, 000 of 8.58 million euros or £7. 40 million, as was decided in a public debate. 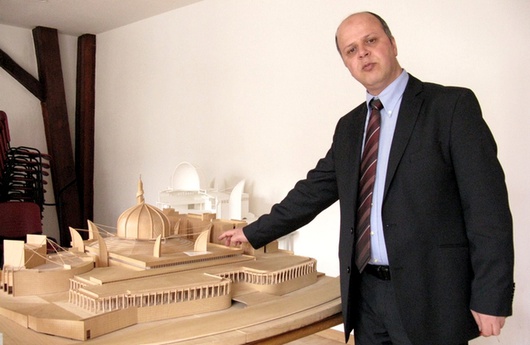 In addition to this, confirms Saïd Aalla, president of the Fondation Grand Mosquée de Strasbourg, the regional council will provide another 8% of the total cost, coming together to form 26% of the total.

Olivier Bitz, the young director of the board for faiths in the city of Strasbourg, confirms the mayor’s vision. 'Alsace-Lorraine has a long history of tolerance. The fact that we treat all religions in the same peaceful way makes it, effectively, an innovative ‘trial’ zone.' According to Saïd Aalla, there are between 12 and 15, 000 muslims in Strasbourg alone and 140 thousand in the region as a whole. Obviously, these figures are estimates because, as in the rest of France, it is forbidden to collect statistics regarding ethnicity. Counting those set up in garages and small apartments, Britz claims that in the city there are around 27 mosques.

In France it is forbidden to collect statistics regarding ethnicity

Strasbourg already treats Islam as a recognised faith, even if it isn’t truly one by law: at the moment, making integration official in the statute doesn’t interest either the local community or the association for the great mosque, as both Aalla and Bitz confirm to me. But what is it which makes this case so particular and so very European?

I find an answer to this question at the Université Marc Bloch, in whose theology department I meet François Boespflug, a Dominican monk and professor of comparative history of religions. 'In 1993 I started a petition to create an islamic theology department with the same rights and the same obligations as the others. Indeed, to teach here you need to have all the titles recognised by the French state for public institutions. It would make sense to have a faculty of islamic theology in the French state, so there have been actual requests for an institute which would guarantee an intellectual opening to areas other than the koran and the hadith (such as the comparative history of religions and sacred texts, study of the apocrypha of the koran, etc).' However, the project was not greatly successful because, according to the professor, it was lacking the full support of the muslim community. Boespflug says this may be because muslims – like the jews in Alsace, who turned down the opportunity to create a faculty – didn’t feel they had a body of professors who needed to respond to 'university criteria, which are, due to the laws, secular. Perhaps this is the problem: admitting that someone who has nothing to do with the muslim faith can study the koran with purely philological criteria.' 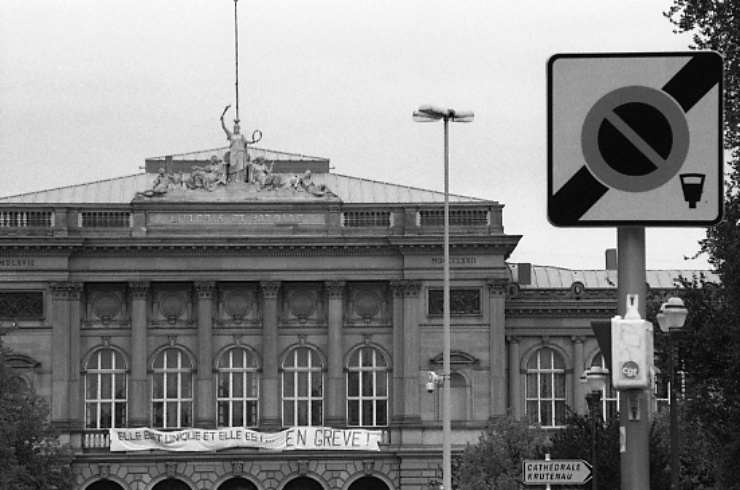 Saïd Aalla is, however, fully in favour of having such a faculty. He tells me that a theology department is something which Muslims themselves have asked for, and that the association for the great mosque is in agreement with the proposal today, just as they were fifteen years ago: 'If we want to develop a European Islam, it is completely necessary for its framework to be constructed here rather than sending people abroad or, even worse, bringing people in from overseas.' Offering me honey pastries, he is insistent upon the fact that it’s necessary for ministers of the faiths to recognise the importance of a secular and multicultural environment. 'If we indeed do establish such a Faculty, it would create the real possibility of having a European islam which is based here, born here, and whose culture is integrated with the European way of life. For that we need people who have studied here and who understand European and western culture.'

Effectively, the most crucial issues are those concerning the training of imams, and of creating places where muslims can gather and share their faith. Why is this so? Ultimately, it comes down to financing from overseas: the countries from which muslims arrive then fund the muslim communities in Europe.

Evidently, this control hinders the development of truly independent muslim communities, which Europe needs: catholics, protestants and jews broadly have lived on European soil for much longer than their Muslim counterparts, and, integrated into the economic and social structure, they are guaranteed to have places where they can congregate and worship together. Aalla notes: 'Today no- one is Moroccan or Algerian. We are all French, German, Belgian. We are all European.'

The impression that I am left with is that Strasbourg’s purported 'non- secularism' is in fact super-secularism, and that ‘France de l’interieur’ has not yet understood this concept. This is perhaps with the exception of Nicolas Sarkozy, who has been speaking for a number of years of a 'Republican Islam'.

That is to say, an Islam which is European, nationalised, secular and, of course, well controlled.

Many thanks to the local team from cafebabel.com Strasbourg. Check out their multilingual blog. See more images from within this article here