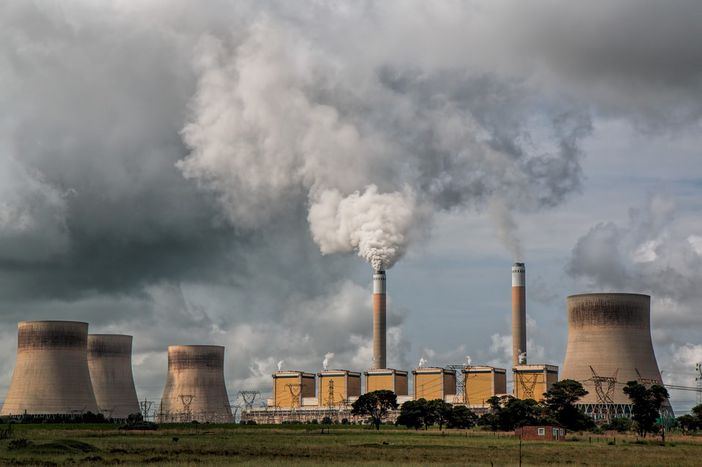 Is the EU ready for a low carbon future?

Last December, 195 countries agreed to fight climate change, keep temperature rise "well below 2 degrees" and unleash actions and investments towards a low carbon, resilient and sustainable future. The energy sector accounts for 40% of global CO2 emissions. With an ever increasing consumption, reducing emissions while maintaining supply poses a significant challenge. Where does the EU stand?

At the end of February, in Brussels, the 2nd EU Energy Summit entitled "EU Energy Policy in the wake of COP21" took place. The summit, organized by Business Bridge Europe and the European Business Summit, gathered both high level political and business speakers such as the Commissioner for Climate Action & Energy, Members of the European Parliament and the Commission but also several CEOs and Directors or Presidents of several of the biggest corporations in the field of energy, including Statoil, Nissan, Engie, BP and EDF.

The idea of necessary changes to the energy system in order to reach energy efficiency by 2030 figured in the EU representatives' interventions at the summit. The system will have to include engaged consumers, more coordination between countries and increased private investments into clean and renewable energy sources.

The Commissioner for Climate Action and Energy also underlined the importance to acknowledge the rise in renewable and clean energy while keeping in mind the reality of the market to accommodate European consumption.

Representatives were, indeed, very proud to put forward the fact that the target of 20% renewable energy in the EU by 2020 would be exceeded and probably reach 27%, which suggests an even more positive outcome for the 2030 target.

However, every person living in Belgium remembers the fear of a power blackout last winter. That’s because Belgium and most of Europe are highly dependent on energy imports from neighbouring countries (around 53,5% of all the energy consumed on EU land came from imports in 2013).  This situation means a low supply security and high dependence on neighboring countries, and therefore a strong need for interconnectedness and cooperation including not only the 28 member states but, as the Chair of the Industry, Research and Energy Committee of the European Parliament suggested, cooperation between 36 countries.

In such a context, with so many different national prescriptions against renewables, it seems fairly complicated for the EU to not only implement measures to transition to a low carbon future but also to increase the percentage of renewables in the energy mix without compromising the security of supply.

Nevertheless, policy leaders seem to have taken great pride in the COP21’s achievements and are looking full of goodwill to tackle the challenges linked to  the emissions of the energy sector while attempting to conserve competitiveness and accommodate European consumption. However, these are not the only interests at stake.

Among the many CEOs and high-profile managers of energy companies present at the summit, many of them expressed their concern regarding the subventions given to renewable energies that « introduce huge market distortions » according to the executive VP and president of Dow, the chemical giant.

While the EU gives, indeed, subsidies to clean energy technologies, the subsidies to fossil fuels remained, in 2014, as high as 10 billion euros a year!

Renewable subsidies, on the other hand, are planned to be cancelled and replaced by call for tender instead, as of 2017, which, hopefully, will enable the price to become cheaper, thanks to an increase in competition between suppliers. This concern, therefore, seems rather like a short-term issue that conceals the massive amounts of subsidies received by the fossil fuel industry every year.

Moreover, in the context of fragile European economic prosperity, the prospect of losing energy consuming industries because of competitiveness issues as consequences of the EU energy policy, is waived as a disguised threat to policy-makers by the energy corporations.

Under the sustainable development spectrum, that sounds very much like the economy is hiding behind the social to kick the environment out.

It seems like the energy sector is perfectly aware of the challenges of a low carbon future, whether for the planet or for its own business model, and is willing to participate but according to its own terms. Corporations know that relevant investments in new technologies will most likely go through them or their venture funds, such as the one set up by Statoil to find new energy solutions, and they are therefore using this influence as leverage to conserve their competitiveness and financial prosperity.

As the unavoidable actor in the transition to decarbonization and a new energy system, the energy giants seem fully aware of their assets and are ready to impose their terms at the negotiation table.

A fragile balance yet to be found

The challenge for the European Union is, therefore, to maintain growth and accommodate energy consumption without relying on fossil fuels, which implies not only a strong leadership in climate and energy policy involving all 28 members states and their neighbors but also a strong signal for innovation and increased investments in renewable and clean energy.

The EU has always taken pride in its leadership in climate negotiations and in showing the path towards renewable energy ambitions. It is also the leader in clean energy patterns ownership.

Hence the need to impose a strong energy policy that includes green investments and an efficient carbon market.

While many have criticized the Emissions Trade Scheme, which aims to put a limit on emissions by putting a price on carbon and allowing companies to buy or sell credits, the EU seems highly attached to this system.

But they’re not the only ones! All corporate representatives at the summit described the system as "interesting", "delivering results", "the most ambitious". Indeed, the ETS enables highly polluting industries to buy credits from less destructive companies in order to keep emitting green house gases rather than investing in cleaner energies. Over here permits to pollute!

Therefore, if the EU wants to enable ETS to become a valuable tool to reduce carbone emissions, it needs considerable improvements such as reducing the number of credits available on the market, avoiding carbon leakage and widening the number of sectors covered by the system.  Unfortunately, carbon pricing was one of the less compelling measures in the COP21 agreement…

While the balance between political objectives, corporate willingness and what would be necessary for the climate and the planet remains difficult to find, let’s hope that the EU will once again show active involvement and leadership on the issue, and inspire other stakeholders to do the same, rather than just settle for managing carbon decline.