Is Sarkozy following the s(h)ame way ?

Lately, French and European media make strong connections between the President of the French Republic, Mr. Nikola Sarkozy and Marshall Petain.The latter was cursed enough to be regarded a national hero during World War I, since he was regarded as the ''architect'' of the French victory against Guillelmine Germany.However, history had different plans..

Twenty years later, when German Panzers captured France into a blink of an eye, Petain signed with Hitler the defeat of France in the very same train wagon that Germany in 1918 was forced to surrender to the Allies..Petain soon became ' of the Nazi and he established a regime in Southern France, which took the name of the city where the headquarters of his government were, Vichy. Soon Petain tried to ''reform'' France, in order to regenerate France and its traditional values. During his office the Jews of France were driven to the death camps of Poland in order for the country to be cleaned.. 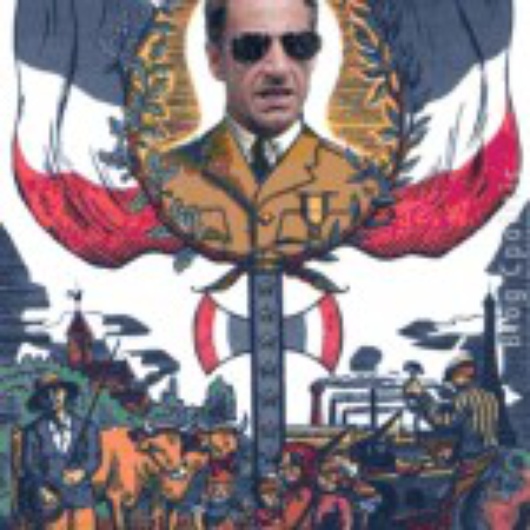 Is this Sarkozy's France?

Some days before, the Commisionner of the EU, Viviane Redig (Luxembourg) accused Nicola Sarkozy, that his policy of expelling the Roma reminds her of the Vichy Government practices. were the words of the Commisionner. Despite the apologies of the Commissioner to Paris, she warns that EU will closely observe the whole process and if there is any violation of human rights, Paris will be driven to the European Court of Human Rights. Sarkozy stated that all the Roma are being reimbursed, however does this justifies such a practise? Does this means that EU can expell all e.g. the Muslims in the way?

However a whole typhoon has been created since both Romania and Bulgaria followed the French ''exemple''. Nevertheless, Sarkozy put fires even to Berlin, by stating that after some talks with Angela Merkel, she confessed to Sarkozy that Germany plans to do the same.. Of course Berlin rushed to explain that all this is a misunderstanding, but analysts say that wherever there is smoke, there is a fire...