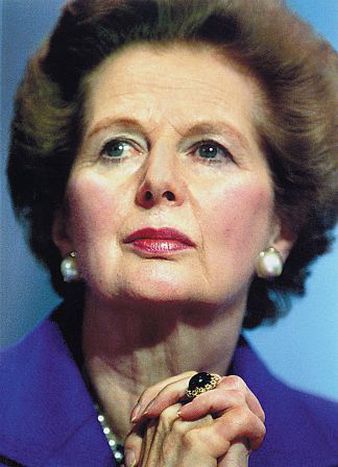 Is Margaret Thatcher a role model for the young women of today?

Madrid's mayor, Ana Botella, has revealed plans to name a street in the Spanish capital after Margaret Thatcher. Mayor Botella is a self-confessed fan of the Iron Lady. She praises 'her authority which allowed Great Britain to recover a position of leadership' but focuses specifically on her role as a 'pioneer' of women in politics.

However, the street-naming plans have yet to be approved. The debates that have arisen since Thatcher's death are clearly being aired abroad as well as at home. Baroness Thatcher's divisive legacy casts doubt her suitability as a role model for female politicians, indeed, any politician. 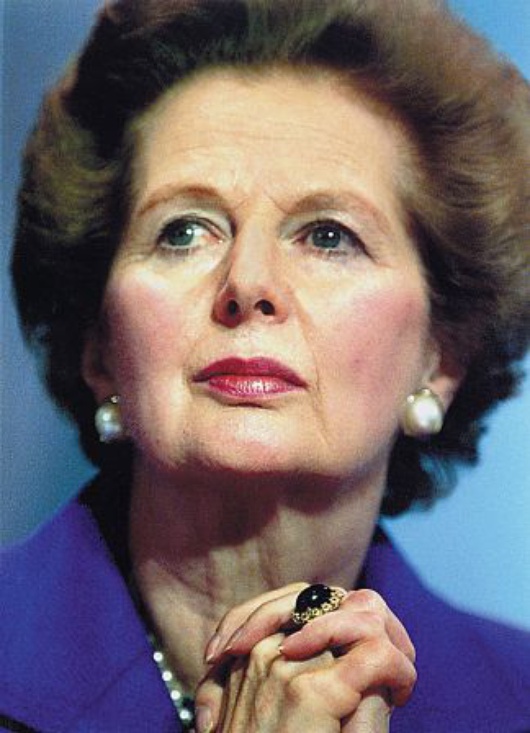 Margaret Thatcher was the longest-serving British Prime Minister in modern times, spending a total of 11 years in Downing Street. She was the first (and only) female to hold the position. She began her political career as president of Oxford University's Conservative association, the first woman to head that institution too. In an era when female politicians were few and far between, Margaret Thatcher was elected MP of Finchley and then leader of the Conservative party. Public attitude to her time in government varied wildly, from the rejoicing at the success of the Fawklands War to the protests over Poll Tax which eventually saw her ejected from Number 10. For better or worse, there is no denying that Britain would be a dramatically different place without Margaret Thatcher. Not only was she an icon of the political right, some – including our current Prime Minister, David Cameron – have declared 'we are all Thatcherites now'. Her political legacy may be divisive, but it is strong. The legacy that she left for women in politics, if any, is less certain.

Thatcher was not a feminist. Beatrix Campbell, author of The Iron Ladies, said: "She gave the feminine face to a thoroughly patriarchal political project (…) Thatcher hated feminism. It's an egalitarian project, and she was an elitist - never an egalitarian." Baroness Thatcher was known for her emphasis on 'doing' rather than airy rhetoric. However, she dismissed suggestions of purposefully encouraging young women to rise up the ranks through positive action, saying "But no, a woman must rise through merit. There must be no discrimination." Her influence as a female politician came from showing that a woman could reach the pinnacle of British politics, by demonstrating that she could be a mother and a wife at the same time, and by proving that prejudice against women in the workplace was unfounded. Her greatest contribution to female liberation was her willingness to be judged solely on the outcomes she produced rather than her gender.

Thatcher's career had an indirect enabling effect for women in the political sphere and beyond. However, her mixed legacy and refusal to champion the female cause may make her an unlikely poster girl for today's young female politicians - who in the upper echelons of governmen could fill this void? Or, perhaps, no one needs to given that of the 28 current MPs under the age of 30, half are female.

Let you know your thought on the online debate here: http://www.joinourspace.eu/JoinOpenDebates/tabid/62/threadid/3315/scope/posts/language/en-GB/Default.aspx