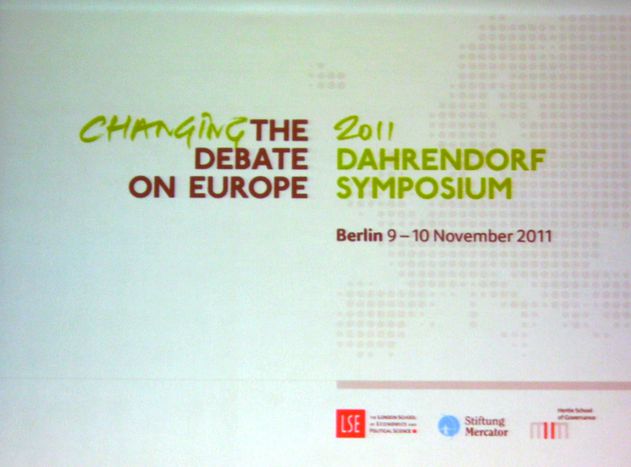 Is Europe forgetting its social problems with regard to minorities?

Is a cold wind blowing in Europe, when it comes to its minorities? Participants agreed at last week’s panel on “Europe as a social space” at the Dahrendorf Symposium in Berlin: “We witness a decline of social space in Europe”, said Hakan Seckinelgin from the London School of Economics.

“Europe has become a closed society, there is a racialization of society”, added Eric Fassin from the École Normale Supérieure in Paris. “The scapegoat is changing but the logic of exclusion is the same”, said Angela Kocze from the European Roma Rights Center, a lobby group, in Budapest and the Central European University.

And indeed, Mrs. Kocze gave some depressing figures: More than 90 percent of Hungary’s Roma are unemployed. Very low numbers of Roma go to high school. A mere 0.2 percent of Roma attend university, she said. “We are witnessing the gradual empowerment of the extreme right in Hungary, the Netherlands, Denmark and Sweden”, Mrs. Kocze added. But not only on the political right has the climate got chilly: “Italian authorities expelled European (Roma) citizens. And this decision was not taken by far-right politicians, but by the center-left government led by Romano Prodi”, she bemoaned.

Her conclusion was obvious: “The European project is under threat: From the left, from the far right”, and “from neoliberalism”.

Missing in this discussion were possible solutions to address the issue. Instead, participants largely stopped at concentrating on the problem. However, it became clear again, that missing information is a key. European media coverage on transnational social problems is far too superficial and random. When did you hear the last time about Roma exclusion in the (German) press? What do you know about Roma living in Berlin? When did you read the last interview with migrants coming to live here disclosing their motivations? Media and public, it seems, first have to recognize migrants and minorities, before stereotypes can pass to give way to more profound knowledge.