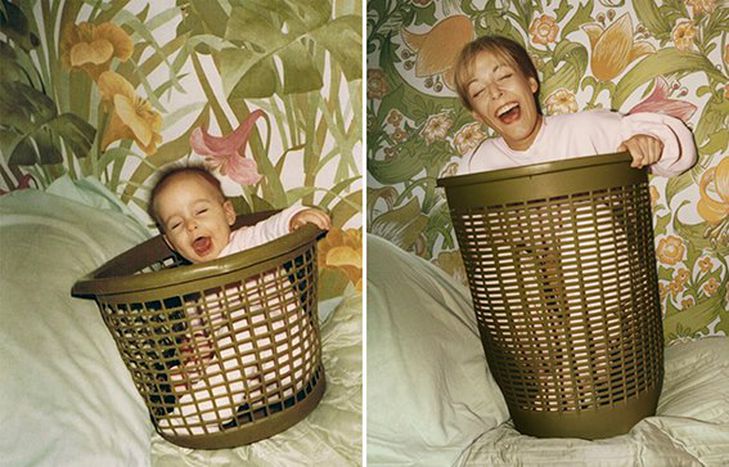 Irina Werning: On with the romper suits and back to the future

Then and now- where nothing has changed but the passage of time. This, in brief, is the theme of Argentinian photographer Irina Werning´s ´Back to the Future- Powrót do Przyszłości' project. Irina, who is presently working on a Polish version of the project, recently talked to us about the project, her inspirations and future plans

In the 'Back to the Future' project, the Argentinian artist juxtaposes old photographs from people's childhoods with stunningly detailed recreations - only now, many years have passed, and the chubby toddlers of yesteryear have been transformed. The old photographs - the starting point for Irina's work - were selected after she invited submissions to a contest. The first photograph in each pair features the participant, or participants, as children or infants. The second is the first photograph re-enacted: Irina uses the same person, positioned in the same way, with identical (though somewhat larger) clothes, and wearing facial expressions matching those of the original. Irina Werning is a real perfectionist – she strives to reconstruct every detail, including the unique atmosphere of every photo, so that the only real change is that produced by the passage of time.

Since the beginning of July, Irina has been hard at work upon the Polish part of the project. She was invited to continue the project by British insurance company Prudential. She recreated old Polish photographs which she had selected from Prudential´s facebook contest ´Time for the Future´ (‘Czas na Przyszłość).  Amongst the images one may find old and new photographs of two prominent families of the Polish artistic scene – Wojciech Waglewski, Fisz and Emade and Maria Winiarska and her daughter Zofia Zborowska.

On their collaboration with Irina Werning, Prudential said that: 'The project inspired us to consider what the Polish attitude might be to the passage of time. Do we plan for the future or are we caught up in the moment? Poles have a complicated relationship with ageing and a tendency to claim greater youth than they possess. Does it make us rely too much on destiny?' Interview with Irina Werning.

cafebabel: Irina, who is your most important artistic inspiration?

Irina Werning: Oh, what a difficult question! The first person who attracted my attention to photography was Henri Cartier-Bresson. He is the first artist who made me think of making pictures.

cafebabel: You take pictures of the same people in the same places. Which of the two changes more with time – people or places?

Irina Werning: Usually people but sometimes there are places which change more. It really depends – if we take pictures on a historical street, it will not change, you know. However, it depends. Trees grow, etc. – sometimes there is a lot of change.

cafebabel: But does it happen that some places are impossible to reconstruct - they don’t exist any more, have been destroyed or change so much that you are unable to make a full reconstruction of a photo?

Irina Werning: Yes, it happens. Sometimes I take it anyway, you know.

cafebabel: Ok, but what do you do then? You try to find a similar place, or reconstruct the story?

No, some places are not that important. For example, if it’s someone’s hall, bathroom, and the place is not available, then I can find a similar bathroom, because a bathroom is not important. But if it is something like a Berlin wall, the situation looks already different.

cafebabel: Do you have a picture like this - from the past and from the present - of yourself?

cafebabel: Is it because you don’t want to or this idea hasn’t come to your mind?

A combination of the two? Frankly, I don’t know.

cafebabel: What are people's reactions to the compiled photos of themselves? Do they become nostalgic? Sad? Does it make them laugh?

Mostly, they laugh. They are happy to make fun of themselves or laugh about how they look now.

No, not really. At least not to me.

cafebabel: Has it ever happened that you were unable to reconstruct a photo for some reasons?

No, I never gave up.

You are now working on the Polish part of the project. What is characteristic about the Polish photos on which you are working? Do Poles have a different approach to the past, to the present, and to the future than other nations you have so far encountered?

No, they are not different as such. However, there are a lot of black and white pictures, even the ones from the nineties. It is probably because of various economical, historical and political reasons. Then, for example, you see people wearing clothes from the seventies in pictures from the eighties. This was the case in every country that was not so developed back then - it happened also in Argentina and in many other places.

Have you maybe noticed anything characteristic about Poles?

No, Poles are quite homogenous. They are blonde... But nothing in particular.

Have you already been thinking of a new project? 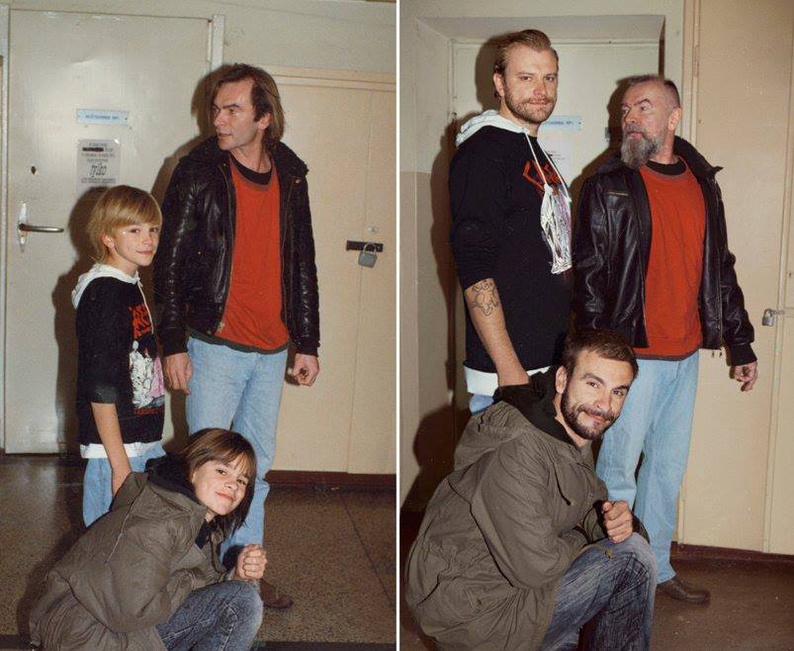 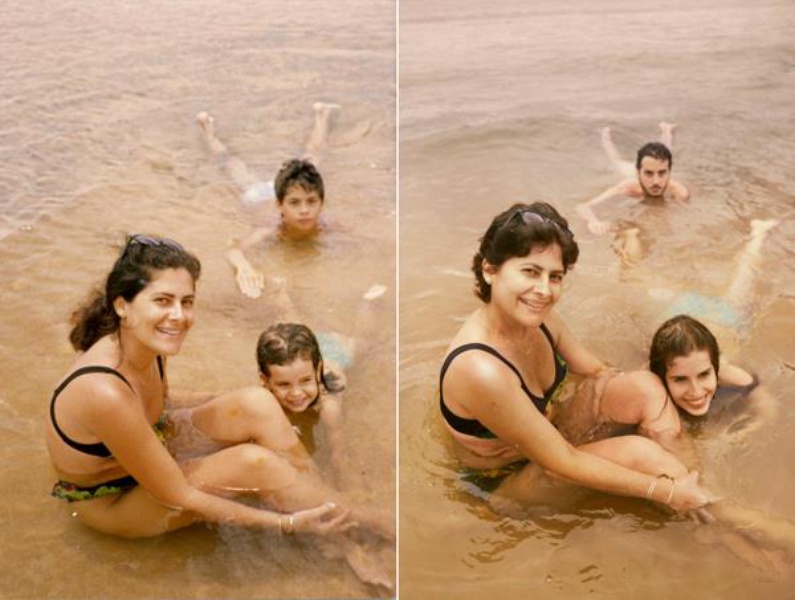 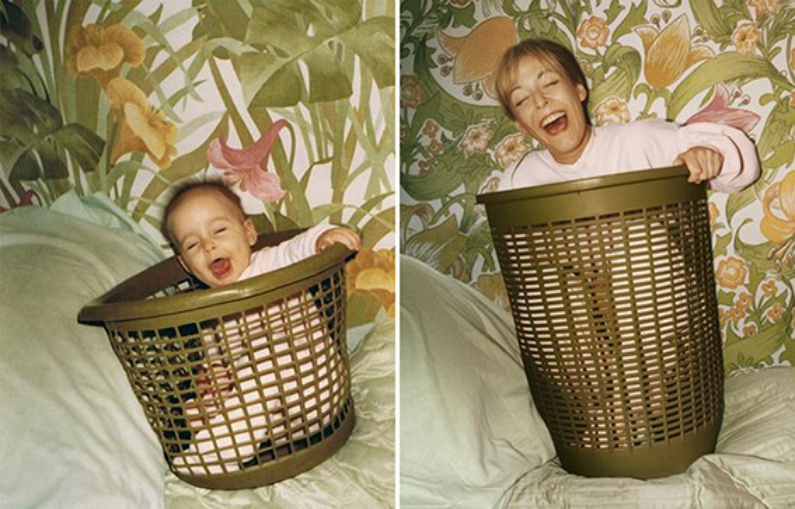 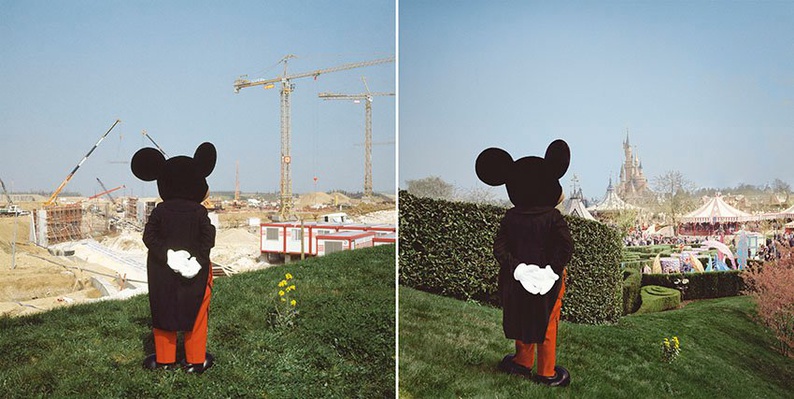