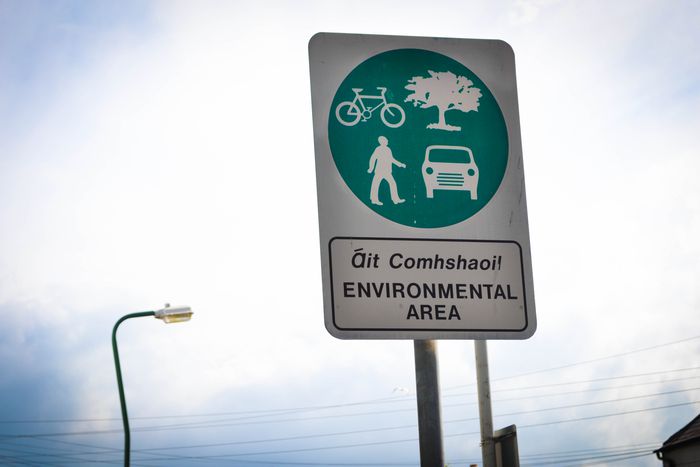 Green is as much a symbol of Ireland as Saint Patrick or the shamrock. However, while the colour often stands for environmental sustainability, Ireland is sadly lagging behind in this area. However the Emerald Isle is swiftly catching up, on two wheels!

On a rainy June day, cyclists in helmets and fluorescent jackets speed along the wet streets of Dublin while teenagers in wetsuits dive into the Liffey. At first glance, Dublin looks like your average European city: clean and welcoming.

However, the Irish capital has undergone a transformation over the last 10 years. During the boom years of the 90s, the Celtic Tiger could be heard roaring in the engines of thousands of cars bought on credit. Dublin was heavily congested and the debris of a new consumer society languished on waste heaps. Then came the recession, and with it, new concerns.

When she arrived in Dublin from France in 2003, Anne Bedos noticed that it was impossible to find a second-hand bike at a reasonable price, although the city was full of old bikes that had been dumped when their owners bought a new car on credit. After founding the association Rothar ('bicycle' in Gaelic), Anne secured the local authorities’ permission to go trawling through scrap heaps in search of old bikes to repair. 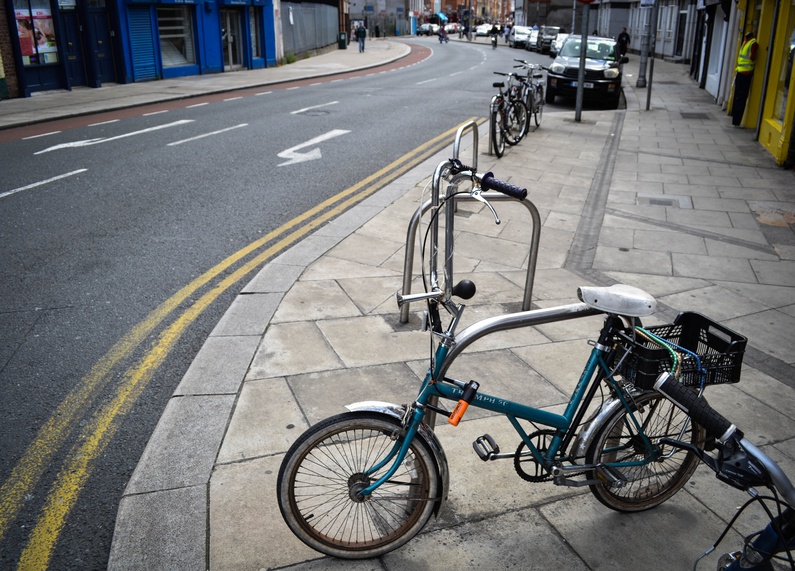 Ten years on, Ireland is organising its second National Bike Week and taking stock of its progress. The local authority has marked out new cycle paths to protect cyclists from other traffic and banned lorries from the city centre, although the city's double-decker buses still patrol the streets. Launched in 2009, the Dublin Bikes (the equivalent of London’s Boris Bikes) have become the most successful scheme of their kind in Europe. And the results have been impressive: after 10 years, the number of cyclists has risen to 68%.

back in the saddle

The triumphant return of the bike is symptomatic of what Ireland is going through at the moment. Petrol and public transport are expensive, so cycling is a good way to save money - a vital consideration for one of the most heavily indebted nations in Europe. Secondly, cycling reduces greenhouse gas emissions, giving a much-needed environmental boost to a country lagging far behind its commitments to reduce carbon emissions. 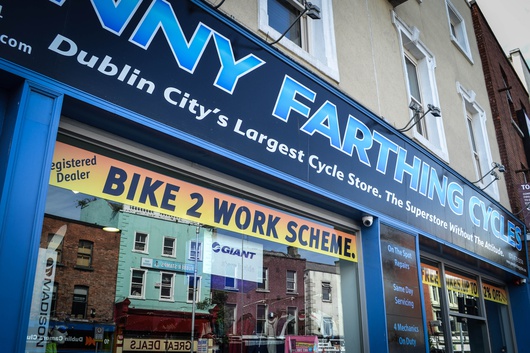 When the Green Party formed part of the coalition in power in 2009, it launched an initiative that played a large part in encouraging people to get back on their bikes: the Bike to Work scheme, under which employers agreed to give their workers up to 500 euros to buy a bike for their commute. At Penny Farthing Cycles on Camden Street, the sales assistant smiles as he tells us that two thirds of bikes sold were bought on this scheme, and after four years the enthusiasm for cycling has not diminished.

'All these initiatives have helped to normalise cycling, that’s certain,’ says Anne Bedos, ‘but there’s still more to be done. Often it starts at a local or individual level, like the Dublin Bikes, which were the brainchild of the former mayor, Andrew Montague. But Ireland doesn’t really have an overarching vision of environmental protection.’

Labour politician Desmond O’Toole admits that the environment is not a major concern in Irish politics. ‘All measures and norms adopted in the past few years have been the result of European directives. And that’s also true of other areas, like social issues,’ he tells us.

Anne and Desmond both recognise that while Irish society is still nervous about engaging in the struggle to protect the environment, it is heavily influenced by external forces. Immigrants from other EU countries represent almost 10% of the Irish population and they bring with them their own environmentally-friendly habits as well as a certain entrepreneurial spirit.

For example, in 2007, Belgian Olivier van der Elst noticed the growth potential in the electric bike market and, together with his Irish wife, he created Green Aer. We meet them on a rainy Saturday, sheltering beneath a tent on the Howth peninsula, while they await the arrival of cyclists involved in the race they've organised to promote their range of German and Dutch electric bikes. 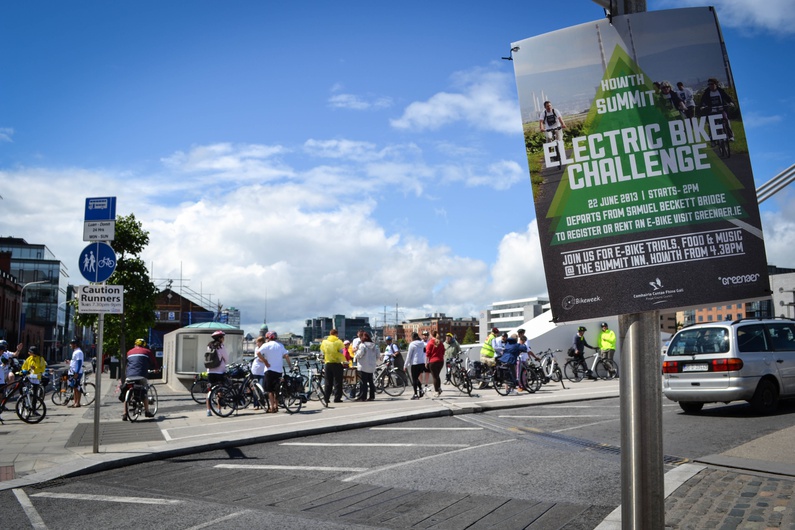 'Dublin is a relatively small city and the average daily journey is between 12 and 15km. That's the ideal distance for a journey by electric bike, because with the help of the motor, you can get a bit of exercise but you don't need to work up a sweat. It's a very easy way to travel,' he tells us. When we mention the possibility of wet weather discouraging cyclists, he protests, 'There are more rainy days in the Netherlands than in Ireland! It's not a problem here. However, the wind could be. That's why you need a little help from an electric motor!'

a nation of pragmatists

Gordon, who has just cycled 18 km from the city centre, is among those who have been caught up in the wave of enthusiasm for cycling. This Irish pensioner regularly sets up his stand in front of office buildings to promote his electric bikes to white collar workers. Just a few years ago, he was part of the vast majority of Irish people who saw environmental protection as the domain of extreme protesters.

'Ireland is a nation of pragmatists rather than idealists,' Desmond O'Toole explains. 'We’re very attached to the beauty of the natural world, but Irish people will normally think in terms of the advantages they can get from something. So if there’s money to be made, the need for environmental protection won’t put a brake on things.'

In other words, salvation will not come from the politicians. But, sparked by the recession, opinions are changing. Civil society is very open to outside initiatives and individuals are taking things into their own hands. Seeds have been sown; now all that remains is to watch them grow!

This article is part of a series of special monthly city editions on ‘EUtopia on the ground’; with reports ‘dreaming of a better Europe’ from Budapest, Athens, Warsaw, Naples, Dublin, Zagreb and Helsinki. This project is funded with support from the European commission via the French ministry of foreign affairs, the Hippocrène foundation and the Charles Léopold Mayer foundation for the progress of humankind