Iraq: From Despair to Democracy

Disillusionment surrounds those who supported the Bush/Blair war as each day brings new horror stories from Iraq. But a ‘clash of civilizations’ can still be avoided. 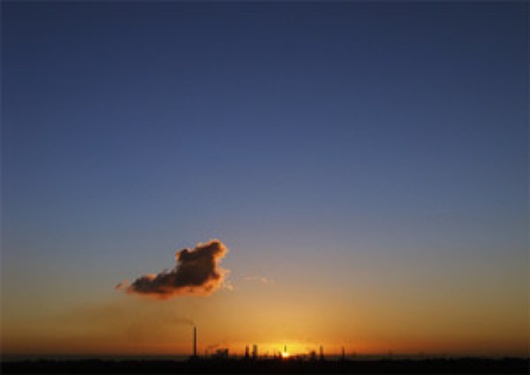 I thought Hussein was a wicked dictator. Any change in Baghdad could surely be only for the better. As long as there was hope that the situation would improve, it didn’t matter that there was no UN mandate or that there were no WMD. This is why I supported the war in Iraq. Not any more.

Latest developments, including the atrocities towards Iraqi prisoners, the killing of Izz ad Din Salim, and the murders of non-Iraqis, have proved me wrong. The inhuman things the Americans were (are?) doing to Iraqi prisoners, with or without orders from Washington, only reinforces the claim there is no difference between American rule and Hussein’s regime.

The countries which joined the American-led ‘coalition of the willing’ did not go to Iraq for oil or for economic benefits. In Poland, they talked about “for your and our freedom”. They believed that democracy in the Middle East was more important than any UN mandate. So, if the presence of Polish forces was legitimate before, it certainly isn’t now.

What can be done?

The Europeans should withdraw from the region. The Brits and the Poles alike need to admit that their mission has failed. Not because of them but because of their closest ally, the US. They cannot bring peace or democracy to Iraq anymore.

The Americans need to learn a lesson in modesty. Western culture is not superior to any other, Ms Fallaci. This lesson is necessary to avoid a global Palestine, with Iraqis playing the ‘Palestinians’ and the US becoming ‘Israel’.

The entire international community needs to take action. A new UN mandate is needed. Muslim and other non-Western states, like Japan, Nigeria or India, should engage in Iraq. There is no room for European or American or Russian troops in Baghdad any more.

The fight against terror must be fought on a global scale. First Al Qaeda’s financial support and then its sources of weaponry should be removed. Military solutions are always the last resort.

The West needs new leaders. We need to pay the price for failure in Iraq. Hopefully Blair will go this summer. The US Secretary of Defense should stand before the International Criminal Court, the one the US refuses to recognize. And Mr. Bush? “Anyone but Bush”.

And Europe? No “we were right” smugness in Paris or Berlin, please. There’s no time for that. 11th March has shown that the war on terror is our war too. What matters is unity and politicians working together to avoid more tragic ‘11s’.

Multilateralism; new leaders in Washington DC and London; a new approach to terrorism. This is what we need to shun Huntington’s clash of civilizations, and to bring peace, democracy and respect for human rights to the whole of the Middle East.