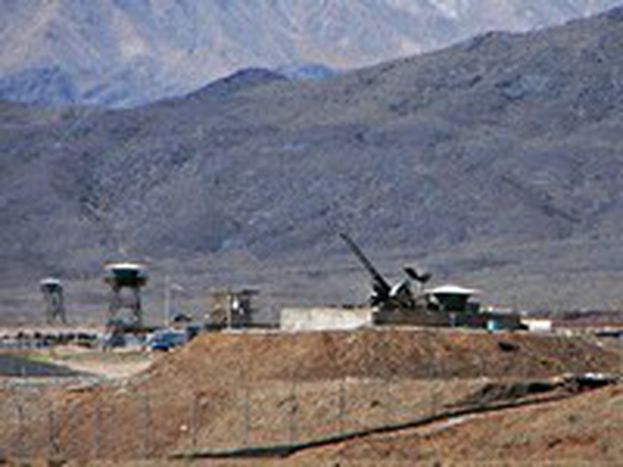 'The enemy knows well that any invasion would be followed by a comprehensive reaction to the invaders and their interests all over the world.'

Ayatollah Ali Khamenei's words are a clear sign that Iran will not meet the UN security council deadline to suspend most of its nuclear programme on February 21. However, the tone of Iran's supreme leader's words reflect a growing fear among Iranians, and Europeans, that the US is seriously considering a military attack against the Islamic Republic.

Is this possible? Can the Bush administration, which is currently embroiled in Iraq, financially support another war, especially with a tedious adversary like Iran? Would the American people accept such a move? US government insiders believe the answer is yes. But they admit that the real obstacle to America’s military ambitions in Iran is Britain in particular.

No UK-US alliance, no war?

On February 8, Gregory Schulte, US ambassador to the International Atomic Energy Agency (the United Nations nuclear watchdog), voiced his anger at European states’ complacent attitude towards Iran’s nuclear programme. Talking at a security conference in Munich, Schulte attacked European governments for not enforcing the economic sanctions inflicted against Iran by the UN security council in December last year.

'Faced by the defiance of Iran’s leadership, the European Union and European countries can do more – and should do more – to bolster our common diplomacy,' said Schulte. 'Why, for example, are European governments using export credits to subsidise exports to Iran? Why, for example, are European governments not taking more measures to discourage investment and financial transactions?' The answer to the US ambassador’s frustration could be cynically explained by the strong economic ties between several European states and Iran.

However, there is more than a simple economic interest that is pushing the EU and Europe to be defiant from punishing Iran. According to sources close to Javier Solana, the EU’s foreign affairs chief, the EU has a clear strategy on how to deal with Iran, and it does not want the US to interfere with its plans. Moreover, the EU and several member states believe that it is by strengthening economic relations with Iran and its people that it will be possible to subvert the current clerical regime.

In 2002, when the US was moving towards a war with Iraq and consequently came to Europe fishing for allies, it successfully managed to break Europe in two. Germany and France stood their ground on one side, whilst Italy, Spain and Britain wiltered on the other. Britain’s decision to back the US played a crucial role in skewing the balance of power in Europe, by giving internationally 'lightweight' nations like Italy, Spain and Denmark the legitimacy to take part in a war rejected by public opinion.

Today, as the US develops its international discourse to legitimise a war with Iran, it realises that the UK will not be there next to it. This time round the UK is sticking close to France and Germany, and the 'light-weight' nations are sure to tag along. 'Blair would not even dream of helping Bush in a war against Iran,' an anonymous source said. The source added that the British government is working 'closer than ever' with the EU’s foreign affairs office to find a diplomatic solution to the conflict.

The bottom line expressed by international relations pundits in Britain is that without a strong alliance between the US and Europe, it is unlikely that the Bush administration will be able to take forward any military action against Iran. The EU3, which sees the UK, France and Germany directly talking to Iran, has been successful in the past. For example, it reached an agreement with Iran on the suspension of uranium enrichment in return for economic rewards. It is in place to build on that, says a recent report published by Crisis Action.

This report, which is backed by a string of influential think-tanks and argues in favour of a diplomatic solution to the international crisis with Iran, says that: 'the UK has a role to play in catalysing this (diplomatic) process, mediating between EU member states and the US.' Crisis Action finally warns: 'The possible consequences of military action could be so serious that governments have a responsibility to ensure that all diplomatic options have been exhausted. At present, this is not the case.'