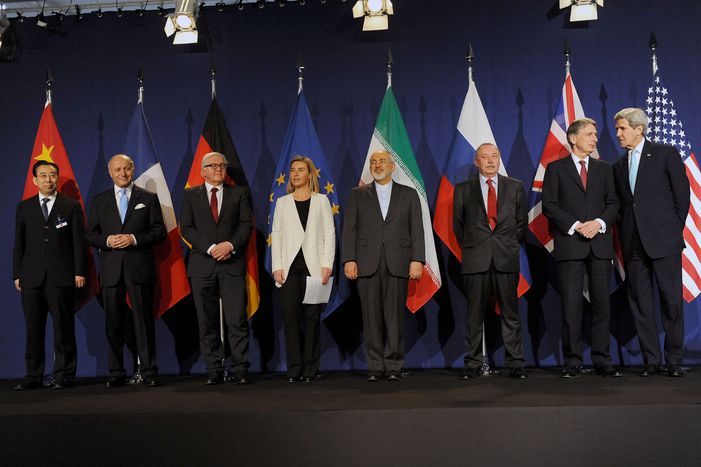 After ten years of negotiations, a historic nuclear deal has been sealed between six world powers (USA, Russia, China, UK, France and Germany) and the Islamic Republic of Iran, on the 14th of July. What’s behind this agreement?

Despite all efforts, the agreement is still subject to long discussions as President Barack Obama’s words have indicated, “this agreement is not made in trust but in verification.” Iran will dismantle much of its nuclear infrastructure while the UN, US and EU will take down a range of sanctions that were imposed on Iran over the past nine years.

Among the conditions determined by the agreement, Iran will: reduce its enrichment capacity by two thirds while closing its underground facility at Fordow for enriching uranium; Iran’s accumulation of low enriched uranium will be reduced by 96%; the core of the heavy water reactor in Arak will be removed and redesigned in a way that will not produce significant amounts of plutonium; Iran will allow a UN inspector to enter in certain places, such as military sites, should the inspectors have any doubts regarding Iran’s nuclear activity. Once the International Atomic Energy Agency (IAEA) has verified that Iran has moved forward in order to reduce its programme, the UN, US and the EU will lift the sanctions.

Reactions to the Nuclear Agreement

In his declaration, Barack Obama has said that this was the best agreement in order to prevent Tehran developing a nuclear bomb. He also promised to veto any attempt of the Republicans who are opposing the nuclear deal. Iran’s foreign minister Mohammad Javad Zarif defined the outcome of the negotiations as a “win-win” solution, though not perfect.

As for Netanhyahu, he described the moment as a “bad mistake of historic proportions.” The Israeli President was clearly dissatisfied with the agreement and has even demanded the US Congress kill it. The sense of insecurity has grown in the Zionist country, as the hypothesis of the end of the Iranian sanctions might canalize billions of dollars to militant allies like Hezbollah and sectarian battles in Iraq, Syria and Yemen, is now on the table.

On the European side, French President François Hollande has manifested optimism before this historic step but warned, “we must be extremely vigilant on what Iran will be.” Both Frans Timmermans and Federica Mogherini have shared words of optimism, congratulating the historic agreement and all the efforts involved.

When did this all begin?

Shortly after World War II, in 1953, an orchestrated plan from the CIA overthrew Iran’s Prime Minister Mohammad Mossadeq, in a coup that defeated a democratically elected Prime Minister. Mossadeq, just like Hugo Chavez in Venezuela in 2002, had sought to nationalise Iran’s oil industry. The US didn’t like it.

Later on, in 1979, the Iranian revolution began when the Shah of Iran, an American puppet called Mohammed Reza Pahlevi, was obliged to leave the country. This revolution happened following months of protests and strikes against his policies. Once Pahveli was exiled, Islamic religious leader Ayatollah Khomeni returned from exile. The Iranian people then voted a referendum and on the 1st of April the Islamic Republic of Iran was proclaimed. In 1979/1981 the US Embassy hostage crisis determined the loop of bad relations between the two countries that seemed not to have an end. After 444 days, the final 52 hostages were released. A few years later, in 1985/86, under Reagan administration, the US secretly shipped weapons to Iran in exchange for help in liberating America hostages taken by Hezbollah in Lebanon, as well as to illegally head off profits from these sales to the Contra rebels fighting to takeover the Sandinista government of Nicaragua. This ended up in a major political crisis for President Reagan. In 1988, an American warship shoots down an Iran Air flights in the Gulf, killing all people on board. The US claimed that the Iranian Airbus was mistaken for a fighter jet.

After these consecutive attacks towards the Islamic Republic of Iran and its people, still, in 1997, Mohammad Khatami was elected President and has called for a dialogue with the American people, which never really happened.

Nevertheless, the major accusation concerning Iran came in 2002, when president George Bush, in his State of the Union address, denounced Iran as part of an “axis of evil” along with Iraq and North Korea. This claiming with no real evidence had full support from the mainstream media across the United States. Speculation had been implanted in the American citizens’ minds and Iran was set to be the next target. From 2002 onwards all nuclear fears and sanctions began, when an opposition group reveals that Iran was developing nuclear facilities including a uranium enrichment plant at Natanz as well as a reactor at Arak. Naturally, the US accused Iran of clandestinely developing a nuclear weapon programme, which Iran vehemently denied.

More than a decade of talks and discontinuous attempts of engagement between Iran, the UN and the US, a big pack of sanctions over the nuclear issue was imposed on the Islamic Republic of Iran, between 2006 and 2010, by the UN. The US and the EU have also imposed sanctions on Iran, extending its measures in 2012 to the financial sector. Bilateral sanctions were applied in several other countries.

Ahmadinejad’s allegations towards the US

Following a historic and political timeline of the US and Iran, the big winner of this agreement is the US. Iran will visibly win as well, primarily by expanding its financial sector through negotiations with external investors once the sanctions are lifted. Also, Iran represents the fourth largest oil reserves in the world. However, due to international sanctions, Iran’s ability to export became seriously restrained. If the nuclear agreement passes in the Congress and the sanctions are lifted, the country could increase its oil production by approximately 50% and consequently lower oil prices.

But the main question remains: why was Iran submitted to sanctions in the first place? What legitimacy has a country like the US, or some other country with a history of invasions and plotting, to impose sanctions in a sovereign state? Real evidence was never found, just like in Iraq, but a single suspicions from the West, namely from the US, is apparently enough to dictate deals and agreements as if the other part had any choice.

As I have mentioned in previous articles, I am totally against political and military interference in other states, be it directly or indirectly (via coup attempts). By sanctioning Iran, the UN, US and the EU kept on impoverishing the Islamic country, based on political fears. Iran is not being given anything new because much of its chance of generating wealth was taken away nine years ago, and yet the US, not directly, still wins the legitimate control of Iranian facilities. Nevertheless, this was indeed a memorable deal, considering the past relations between Iran and the West, and Iran’s geographical position in the world, as Iran has the capacity of fueling prosperity throughout the Middle East.