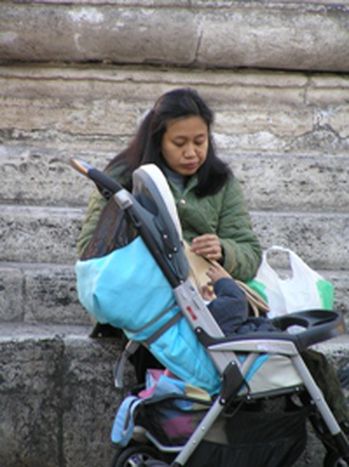 In an over-politicised city falling under the influence of the Church, Rome’s 10% of immigrants keeps growing

‘Immigration has been present in Italy for almost 30 years. Yet we have no ministry and no policy to deal with it’ - Franca Eckert Coen, advisor to the Mayor of Rome on multiethnic affairs.

Although current statistics suggest that 114,000 foreign citizens live in Rome, the number of permit applications handed in to the Ministry of the Interior shows the figure is more like 300,000. Of these, Romanians are the largest community (at around 75,000), with the Philippines lagging behind (26,000), and the Polish, Peruvians, Egyptians and Chinese all hovering around the 8,000 mark. So Italy is effectively a transit country for refugees and immigrants from Africa and other developing parts of the world.

In many cases, Rome has evolved as a final destination. According to Coen, the Vatican and other religious groups could provide an explanation for this tendency. Firstly, they are a source of moral support, a place of refuge and sometimes subsistence as well. Secondly, free healthcare and education is guaranteed, even for foreigners without a residence permit. Lastly, Rome offers a better living standard than southern parts of Italy. Here, immigrants predominantly make their living in the agricultural sector.

Certain jobs are restricted for non-Italians. Immigrants would be hard paid to get work as taxi drivers. The public sphere is closed before them. However, they are allowed to have their own enterprises, and usually take their chances in trade and catering. Their presence dominates the streets of Rome; most notably as they sell their wares around Termini train station, and in the area surrounding Piazza Vittorio Emanuele II.

According to the latest report published by the Rome statistics office, around three quarters of non-Italians are employed in the capital. Half are in service to Italian families. The catering and construction sectors provide a living for around one-tenth. Foreign workers are evidently prepared to take menial jobs that Italians would consider beneath them. The report also highlights that the foreign workforce is younger than the average. More than half are women, mainly working as nannies or as carers for the elderly. 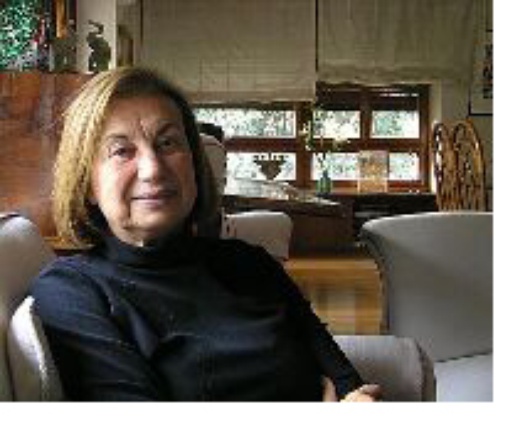 The growing number of mixed marriages indicates how far foreign people have integrated into the Italian population. In one-fifth of marriages, at least one of the spouses had foreign ascendants. ‘It is interesting to see that among mixed marriages, in around 1000 cases it is the mother who is foreign. In a mere 341 cases it is the father,’ comments Coen. So who are the most attractive foreigners for Italian men? Statistics say the Romanian, Russian and South American ladies. 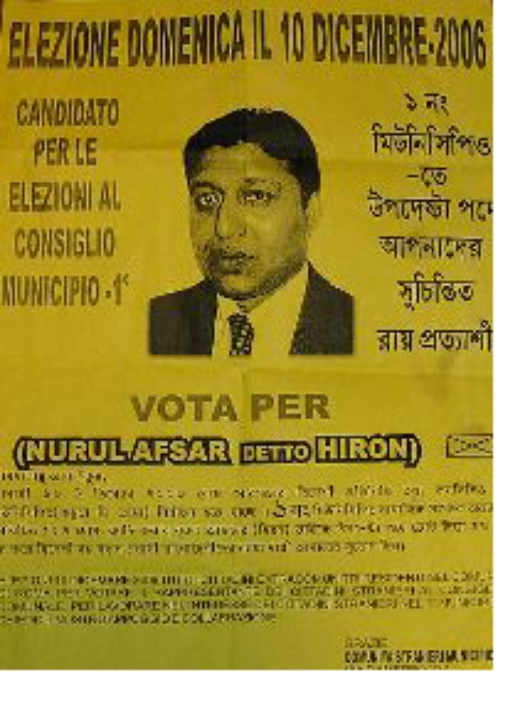 ‘Italy is the only European country without an asylum law that hugely limits the management of the migration flow,’ explains Claudia, a young lawyer. The government has recently approved a law that gives families citizenship after they have spent five years living and working regularly in the country.

This December, Rome’s immigrants elected their representatives to the local government for the second time. All non-EU citizens under the age of eighteen who are living, working or studying in Rome could cast a vote on the 41 candidates. The newly elected counsellors, each representing one geographical area: Africa, Europe (non-EU member states), Asia and America, now have the right to participate at local council meetings. ‘Despite not having the right to vote, they can make propositions on certain issues,’ comments Coen. On the contrary, Claudia, who lives in an area with a high immigrant concentration, thinks that their ‘participation in the town council is an important political step forward, but little changes their everyday life.’

Although the number of declared Catholic inhabitants decreased over the last decades (to 86%), Rome is still identifiable as a purely Catholic city. It is a fact widely believed by the Roman people as well. Coen’s study reveals 20 different religions are recognised by the local government - a surprise to the natives. They had barely perceived the hundreds of Presbyterians, Baptists, Buddhists or Muslims living around them.

‘Italian people’s attitude to immigration is influenced to a large extent by politics and populism,’ says Claudia. ‘People have the perception that immigrants mean danger, and they are often considered to be responsible for the growing violence, or the lack of public security.’ No doubt that the growing number of immigrants stipulates a change to this attitude.

Coen has one primary mission: to change how native Italians consider immigrants. ‘They have to understand that people coming to Rome are here to enlarge the Italian community.’ Immigration problems here will always be intertwined with religious questions. It is up to the natives if they are now ready to accept the diverse additions to their society.