Invest in education, not farm subsidies

The Lisbon strategy will only be successful if there is a major overhaul of the budget. It is about time that we embrace competition and invest in our future… 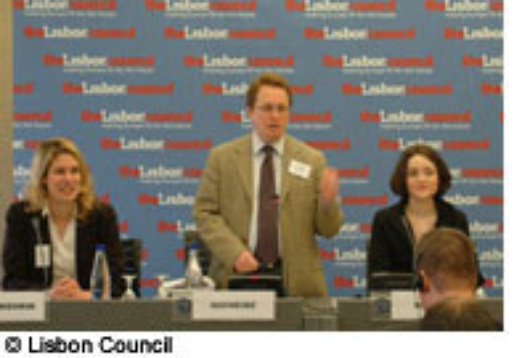 The Lisbon Agenda is not a lame bureaucratic project that some far-off civil servants dreamed up on an otherwise pleasant Portuguese junket. On the contrary, it is a vital, life-affirming agenda; one that Europe desperately needs, if our beloved social model is to be preserved for future generations. Put simply, Europe cannot sustain the social model we hold so dear unless we can make our economy grow again. People who tell you – as many do – that reforms will mean an end to the welfare state are talking nonsense. Worse, they are dangerous demagogues whose arguments must be addressed and refuted head on, if we want to make our society healthy again.

The perils of early retirement

The biggest challenge we face is that we live in a population that is rapidly aging. Contrary to popular belief, this is a wonderful thing. People are not only living longer, they are enjoying remarkably good health well into what used to be considered old age. But here in Europe, people are also retiring earlier and earlier – and therein lies the problem. At the time our social model was conceived, most people didn’t live much beyond the age of 50. Now, they live routinely until well into their 70s, leading to a growing army of retirees that will soon overshadow the number of people at work. Can we really tolerate a situation where there is one person working for every retired person, supporting two people with his or her labour? Actuarial tables tell us we are remarkably close to that situation. If we don’t reform the system now, it will break. If we don’t, specifically, remove the numerous incentives that actually encourage earlier and earlier retirement, we are courting a social disaster that our children will not forgive us for.

An end to excessive trade unionism

The Lisbon Council, where I have the honour of serving as president, is a civil society-based network of individuals and associations working to implement the Lisbon Strategy. In other words, working to make Europe “the most competitive and dynamic knowledge-based economy in the world, with sustainable economic development, more and better jobs, and greater social cohesion.” We believe that to achieve this we must stand up to special interests of all types, including the trade unions, telling them that “yes, we support your right to collective bargaining, but you must be more responsible about what you demand.” There is no charity ready to give money to us Europeans just because we like the lifestyle we have. We must earn our standard of living first. And unions which only demand more and more benefits for their members will finish by giving those members less and less. At worst, they will make Europe an economic wilderness, devoid of investment and opportunity. Look at the case of the car manufacturer Opel, who recently fired 12,000 people across Europe. We do not want this to happen again. To prevent a repeat, we must all come together around a strong, competitive agenda, which will allow Europe to remain a place where companies want to invest and where people want to work.

The need to embrace competitivity

Employers’ associations are also to blame for the current state of affairs. Ask your local employers’ association, and they will tell you that they favour competitiveness – but the sad reality is they spend most of their considerable political muscle lobbying for more subsidies and greater protection from imports. Giving in to these demands will not make Europe strong and healthy again: we must stand up to these tired, old economic incumbents. If Europe really wants to fulfil the aims of the Lisbon Strategy, it must embrace change and take urgent measures to re-ignite the competitive spirit that made Europe great in the first place. After all, we invented the industrial revolution - and the social welfare state. We must recapture the creative spirit our forefathers bequeathed to us, uniting as the French people did in 1789 to overthrow the dictatorship of the few to promote the wellbeing of the general populace. We must build a society based on opportunity and knowledge, where every individual can explore their immense creative potential, because when one individual succeeds, society succeeds as well.

EU heads of state first agreed to the Lisbon Agenda in 2000, nearly five years ago. The goal was clear: to create the most competitive and dynamic knowledge-based economy in the world by 2010. Why then, in the fifth year of this programme does nearly 45% of the EU budget still go on farm subsidies, while our spending per student at university level is more than 40% lower than in the U.S.? (1) We call on EU leaders and Jose Manuel Barroso, the incoming Commission president, to end this ridiculous travesty right now and to start investing in our future. We can, and should, be spending every euro cent available on our educational system, offering our children the chance to follow their dreams and our adults the possibility of training and education throughout their professional life. If Mr. Barroso is serious about promoting the Lisbon Agenda, he could start with an ambitious overhaul of the EU’s budget priorities. By doing so, he might even wake up and find that he stands to gain the support of the most important interest group of all: the people.

(1) Figures taken from the Sapir Report(pdf)