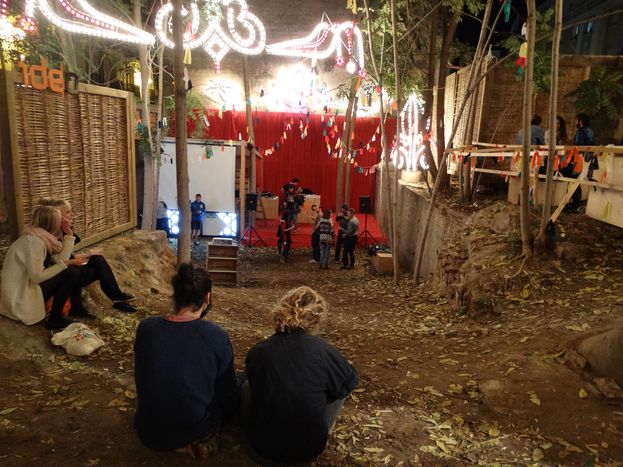 It may not be the most touristy area of the city, but the El Carmen neighbourhood hides a few unique surprises. Intramurs, recently held in Valencia, was a network of urban festivals self-managed by the residents of the city. It aimed to promote art in public spaces and to show the full potential that lies in the otherwise empty spaces between the walls of abandoned buildings.

In a narrow alley, lost in the heart of the El Carmen neighborhood in Valencia, there are no bars, no shops and few people walking. On the surface, it seems that there is nothing interesting to discover here, but number 19 on Mare Vella Street hides a little known treasure: The March House Workshop. Here, four generations of the March family have lived and worked for more than a hundred years. Dating from the late 18th century, the great-grandfather of Pepe March was a goldsmith who also carved religious imagery in wood and bronze. Pepe now dedicates himself to creating enamel on metal jewelry.

Only a few people are aware of this place, where crossing the threshold starts a trip into the past, in which the artistic heritage of Valencia has centre stage. Busts, sculptures, columns, ceramics, enamel and jewels, perfectly preserved for more than a century are exhibited in the very workshop where the March family brought them into being.

The house has several inner courtyards filled with works of art that are currently endangered due to a municipal urban development project. They intend to demolish part of the workshop and build a square in its place. Behind the house lie the remains of the ancient Islamic wall of Valencia.

Pepe March denounces the incoherence of this project, which is supported by the European “Restauro” programme. One of the main objectives of the programme is precisely to maintain and promote the commercial and traditional activities conducted by the historical centers of European cities. 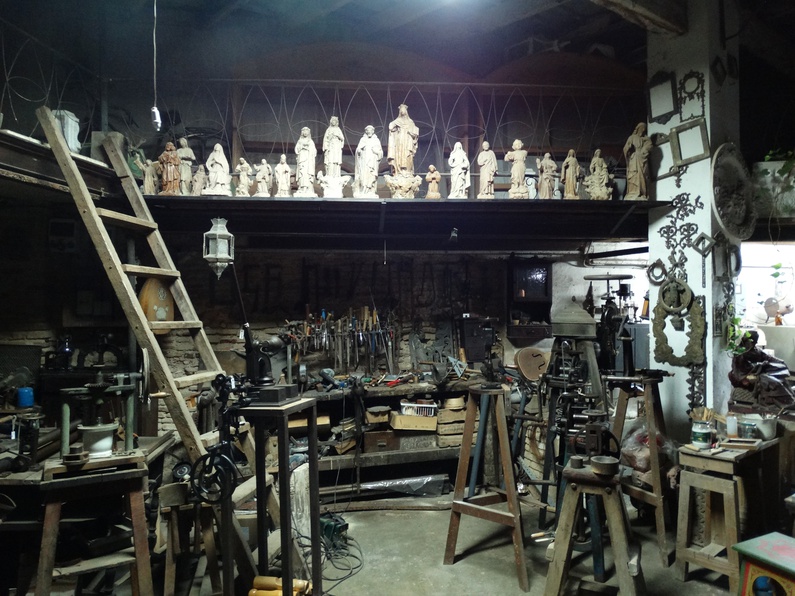 Discovering this workshop and getting to know its history is not easy, but initiatives such as CaminArt or Intramurs, festival per l'art a València, revitalise and publicise the innermost areas of El Carmen. “It's an alternative way of promoting cultural and heritage tourism, which is an issue close to our heart in this neighborhood,” highlights March.

Like this one, more than twenty workshops collaborate with Intramurs to bring the curious people who walk the streets of Ciutat Vella closer to the tradition of their craft. In addition, the festival, which showcases urban art in public spaces, does not neglect galleries. In fact, it has the exclusive participation of the LaVAC galleries, which offer numerous exhibitions as part of the festival.

Intramurs was created with the idea of culturally revitalising the neighborhood, explains Salvia Ferrer, its director: “We want to show the great artistic potential and creativity that lies between these walls,” says Salvia, as well as to “boost the El Carmen neighborhood on a cultural, economic, real estate and touristic level through the participation of neighbors, workshops, galleries, small shops and bars”.

The festival ran for ten days, and ended on November 1st. Ten days loaded with artistic action: performances, concerts, poetry readings, workshops, audiovisual projections, theatre, dance, fashion and conferences. Approximately 400 activities took place thanks to the participation of more than 300 artists, many of them international. All this with the intention of reusing public spaces and bringing art to the street.

Abandoned buildings became concert halls, fashion catwalks or the ideal place for a poetry reading. Façade were transformed into huge murals; squares, into theatre stages. The streets filled with music and people. “For a tourist, coming to the historic center of Valencia and finding Intramurs means getting to know the neighborhood from a totally different point of view,” remarks Ferrer. 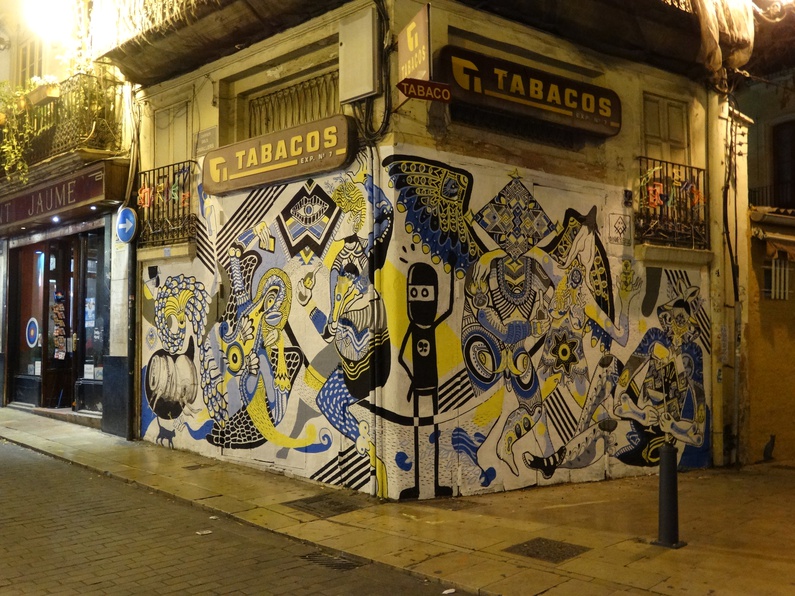 Thanks to the festival, a non-religious art installation was put in place in Plaza de la Virgen for the first time in 70 years. The work, entitled “Exercises to grow”, is by a Dutch artist based in Valencia, Monique Bastiaans. It consisted of a field of 4,200 ears of barley made of clay, modeled by those who passed through the square to collaborate with the work.

“It's a way of bringing art closer to people, beyond museums and galleries”, explains Bastiaans. Inspired by the Arabic past both of the Plaza de la Virgen and La Alhambra de Granada, the ears gave shape to a lattice, one of the most characteristic decorative motifs of Islamic art. The exhibition ended on November 8th.

Valencia offers its visitors a different way of discovering the city, thanks to a dozen urban festivals born out of collaboration with the city's residents. Besides Intramurs, there are initiatives such as Benimaclet ConFusión, MUV!, Distrito 008, Ciutat Vella Oberta, Cabanyal Íntim, Russafa Escènica and others that aim to strengthen and revitalise Valencia with an almost inexistent budget. All for the love of art.