Into the fold, but out of the loop: abortion in the accession states

With the end of communism came curtailment of basic abortion rights in Poland. But even in countries where such rights were protected, modern contraceptive methods are scarce leaving women with few options. 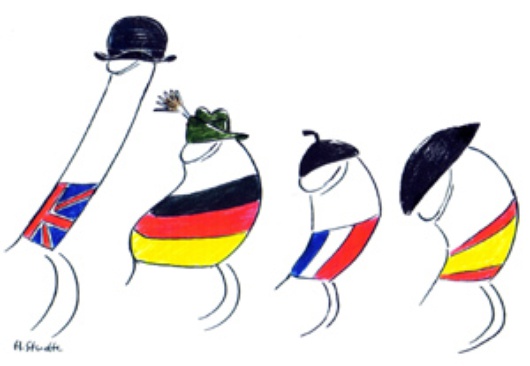 Free abortion on demand rippled from the Kremlin across Eastern and Central Europe from the 1950s until the fall of the Berlin wall in 1989. However, as the Iron Condom proved to be the most effective barrier against modern contraceptive methods, abortion came to be the only choice of women ‘free to choose’.

The consequences of this can be seen in the lopsided picture of an enlarged EU’s abortion practices. Former Eastern bloc countries consistently demonstrate high abortion ratios and low contraception usage, compared with their Western European counterparts who had introduced abortion progressively since the 1960s (one notable exception being Ireland). This is partly because hormonal contraceptives and the IUD, while increasingly available, are usually expensive imports. Furthermore, there is evidence that outside urban centres, all forms of contraception can occasionally be difficult to obtain. Hence, modern contraceptive methods are used by less than a third of women of childbearing age in countries such as Estonia, Latvia, and Lithuania. The figures increase for the Czech Republic and Hungary, but still lag behind the current EU average of approximately 70%. However, this contraceptive deficit is balanced by the fact that in the majority of the Eastern accession states, abortion is still provided on demand up to the first trimester (12 weeks of pregnancy), and is often free.

And then there was Poland

Like other ECE countries, under communism abortion was free, legal, and provided by the Polish state. However, a 1993 referendum passed an act restricting legal abortion to cases where the life of the mother was in danger, severe foetal malformation, or where pregnancy is confirmed to be a result of rape or incest. The vote followed a four-year campaign by a loose consortium of the right-wing Solidarity movement, the Roman Catholic Church and the medical profession – a collaboration that family planning lobbies claim exerted “enormous and persistent pressure” on a society “inexperienced in debating and defending a pro-choice position”. However, in a country that is 95% Catholic, with traditionally strong links to the Roman Catholic Church, this explanation of a democratic choice seems a little too neat; and the absence of official statistics complicates the picture even further.

Officially, the direct result of this Act was a dramatic decline in abortions recorded in the State from 105,333 in 1988 to 124 in 2001. Too good to be true? It would appear so. Unofficially the annual figure for abortions performed in Poland hovers somewhere between 80 and 100,000. The 1993 Anti-Abortion act (as it is known) simply served to wipe women who abort off state records. Neither is it any great secret that while contraceptives are now freely available, access to sex education and family planning can be uneven, particularly outside urban centres, and Poland’s birth rate is not exactly meteoric.

As it stands, the current climate is not even conducive to legal abortions in state hospitals. According to Piotr Kalbarczyk, chief executive of Towarzystwo Rozwoju Rodziny (the Polish Family Planning Association), doctors are afraid to perform abortions for fear of repercussions. However, he also adds that an official refusal to perform an abortion can be “a way to force women to use private clinics”, where an illegal abortion can cost between $300 and $1,000 depending on the complexity of the procedure.

The consequences for Polish women are well-documented. Requests for legal abortions have been turned down without recourse to appeal, or the hospital in question has prevaricated until it is too late, or the victims of botched abortions have died from the absence of adequate medical care.

The election promises of the Left Democratic Alliance (SLD) regarding family planning have failed to materialise, a fact that some attribute to their need of the Church’s lobbying power coming up to accession. Thus, like Ireland and Malta, Poland has included a protocol in its accession agreement ensuring that European law will not infringe on its abortion restrictions.

The European Union cannot harmonise legislation on abortion. Anne Van Lancker MEP predicts that “peer pressure” will eventually bring certain states into alignment with the majority. The current picture of Europe illustrates very clearly that where abortion is provided on demand in the absence of a family planning matrix, abortion rates are staggeringly high. For those states that have liberal abortion laws in conjunction with systematic, state-run sex education and family planning, the opposite is true. Thus in Romania, an EU candidate country, the state average for abortions per woman is 6.0. In the Netherlands that figure is 0.15. In France it is 0.4. In Poland, despite the 1993 Act, it is 2.2. Whatever the solution, perhaps it is time to do the maths.