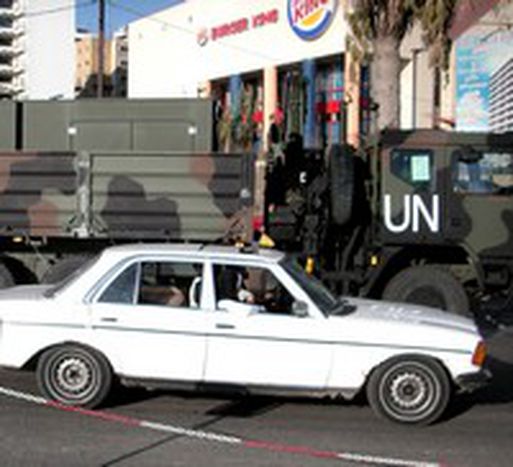 In pre-civil war ambience, how are the Lebanese making a living?

'I used to work in Europe, brokering $100,000 deals in the import/export business,' Hassan says in flawless German, as he drives his age-old Mercedes taxi through Beirut's streets, which are scattered with razor-wire and military checkpoints. 'Now I am back in Lebanon, making a living out of one dollar rides. Life is hard, because of Israel and the strikes,' he says, resentfully eyeing the sit-in set up by the opposition forces on Martyrs' Square.

Like Hassan, most Lebanese struggle to make ends meet. The economy has been at a standstill for the past two years, since the Cedar Revolution began in February 2005. The movement ousted the pro-Syrian regime and was fuelled in part by a desire to free the Lebanese economy of Damascus’ chains. According to a 2001 UN report, analysed by British journalist Nicholas Blanford in his book Killing Mr. Lebanon, bribes to Syrian officials amounted to 5% of GDP during the Pax Syriana, which lasted from 1990 to 2005.

Countless strikes and demonstrations are believed to have cost Lebanon 8% of its GDP in 2005, and GDP growth dropped to zero. In 2006, the situation worsened with further political upheaval caused by the Israeli invasion and air attacks.

The total cost of the Israel-Hezbollah war is estimated at $7 billion, according to Albert Nasr, director of the Centre for Economic Research in Beirut. Emergency relief alone, including the reconstruction of destroyed dwellings, sums up to $1 billion. The cost of rebuilding damaged infrastructure will probably reach between $2.5 and $3 billion. On top of that, the direct impact on tourism and trade cost Lebanon 10% of its GDP, so that by the end of 2006 the economy had contracted by 5%.

Getting out of the game

The Lebanese economy still faces an uphill struggle. Lebanon has not yet returned to normalcy: 'The incurred losses will affect the economy for a long time to come,' predicts Nasr, quick to underline another hurdle to local entrepreneurship. The US dollar has been used interchangeably with Lebanese Lira as de facto legal tender since 1992, a policy driven by the need to secure loans and contain inflation in the post-civil war period. Nasr explains that this fixed exchange-rate has made Lebanon a very expensive country to invest in, so that factories are moving out, mainly to Egypt.

However, the backbone of the Lebanese economy remains its financial sector, which needs a strong currency to thrive, says Camille Noun, an economic consultant for the Middle East. Heavy investments have been cemented in the historical district of the capital in an effort to restore Beirut's position as the region’s financial capital and Dubai-like paradise for financial activities.

Downtown, a billboard informs passers-by of Damac Properties’ new bargain 'Buy one condo, get a Jaguar X-type free'. Noun argues that not all Lebanese feel they have gained anything from the reconstruction plan. Ali, a teenager in Baalbek, the largest city of the Bekaa valley, spends his days selling chewing-gum on unkempt sidewalks. He constantly complains that 'life is too expensive', whilst praising the achievements of Shia and opposition leader Hassan Nasrallah.

The reconstruction policy relies in great part on a rebirth of the financial sector, overlooking the interests of other industries, chiefly agriculture. The countless hammers and sickles painted on the walls around Martyrs’ Square are a clue to secular, economic demands. The Lebanese farmers concentrated in the mostly Shia regions of the Bekaa valley and the south feel neglected by the current pro-business economic policies.

'Analysing the current political stand-off through economic issues can be misleading,' Noun says. 'They represent one aspect of the problem. Without disputing the need for social reforms, he argues that Lebanon’s polarisation has much to do with international politics. Entangled in the regional ‘cold war’ between Tehran and Washington, the country has two options: 'Either wait for the crisis to be resolved or get out of the game.'

Despite its significant donations at the recent Paris 3 conference, the EU is not perceived as a possible mediator. 'The EU does not really exist in Lebanon, and its role is limited to being a star-spangled wallet,' is Noun's last word on the subject.

All the while, Lebanon’s brightest youths keep leaving their conflict- (and much bullet-) ridden homeland, joining the ranks of the army of Lebanese working abroad, the country’s most valuable asset. The ‘love money’ they send back adds up to $4 billion a year (20% of GDP), and gives much-needed oxygen to an economy suffocating under political rivalries (Nasr).