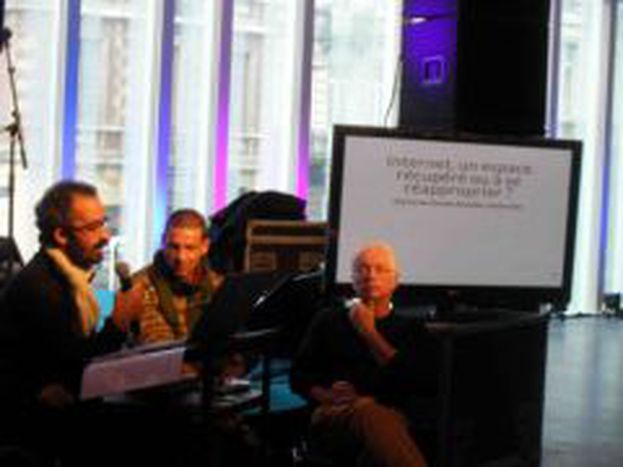 Internet: The Web, Data Recovery and the Rebels

By Aris Kokkinos Translated by Danica Jorden The web has profoundly transformed society, as it transforms itself as well. From commercial data recovery to citizen reappropriation, what is its future? The Freedom Festival hones in on this subject. On Saturday 27 October, the annual Brussels festival organised a debate on “The Internet, A Recovered Space or A Space to Reappropriate?

Begun as a team effort with an open and decentralised structure, the internet has evolved more and more into a giant capitalist structure, none to pleasing to Richard Stallman, father of free software. The economic stakes have become gigantic, advertising is invested in the space. There are also political stakes: control of the internet is a sensitive topic, with laws such as ACTA causing great debate. The change over the last few years has been staggering. Only looking at Facebook, we can see its key role in Barack Obama’s election (2008), as a repository for resonance during the Arab Spring (2011), it's a debut on the stock exchange, the prism project data management, breaching the billion user mark (2012)… Same for the other large firms, excepting Mozilla which remains open source, though partly financed by Google.

For Boniface, reappropriation takes place by means of a "consumer action". Net users should choose their own channels to evade predator sites and preserve the biodiversity of the net. Cleempoel, for his part, developed the Yoogle game to alert users to the joys and dangers of web 2.0. Finally, Bochner revealed the way commercials work on the web, citing several immunising plugins (Adblock, Noscript, Ghostery). These good recommendations come with a disclaimer however. In order to truly reappropriate the web, large-scale programmes, especially search engines, are necessary. Russia has Yandex, China Baidu, Quaero in Europe is catching up. Speaking of the French press, Google redirects 4 billion clicks per month to French publishers, who are demanding that Google pay them a tax, as the site takes a profit while the journalism profession is in crisis. But Google owner Eric Schmidt is threatening to stop referencing French newspapers if this tax sees the light of day. The debate continues….