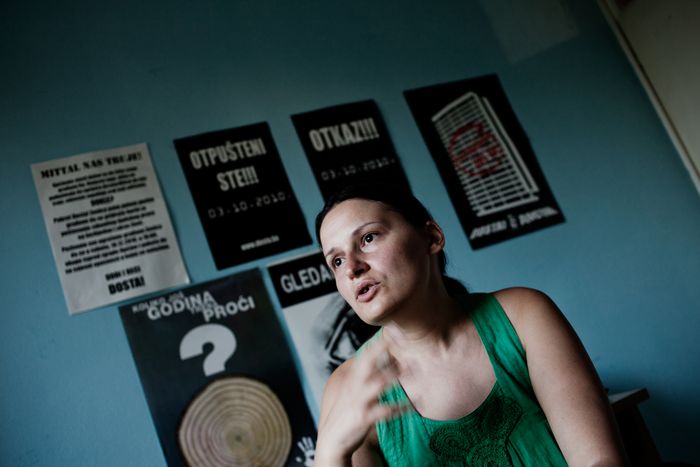 SocietyPoliticsLifestyleBalkan eye in the sky

'In Bosnia, they don't have roads, but they have facebook,' it was quipped in 'The Social Network', the 2010 biopic on the life of Mark Zuckerberg. As simple as this idea may seem, it is also true in a chaotic country with ethnic divisions and a politico-administrative puzzle of countless levels. Yet the internet and social networks could contribute to deep and lasting social development

In February 2012, a conference was held at the Kriterion cinema in Sarajevo for the first time in history to discuss political responsibility and new technology. Numerous researchers, journalists and activists not only from the Bosnia region but also from the Arab nations and the USA flocked to the city to discuss the government’s surveillance of its citizens, and the way in which the internet could contribute to the formation of civil movements. Representatives of Bosnian political parties who were invited to explain their use of communication over the internet found themselves under fire from critics. 'All political parties have facebook, twitter and youtube profiles, but they only use them as new means of publicity. There is no interaction at all with the voters, or any kind of dialogue,' says Damir Kapidzic, a researcher in political science for the university of Sarajevo. 'Only two parties have updated their profiles since the elections.' The problem is also the lack of having a culture of holding discussions and conversations via social networking sites. Internet only really started becoming a part of Bosnian society since somewhere between 2004 and 2007, and with networks developing rapidly, it takes some time for users to make use of its full potential.

From corruption to vote-catching

Ever since the Dayton agreement which created modern Bosnia and Herzegovina today, the political system looks more like a game of strategy for maniacs. There are three bodies all with different statuses, one federation made up of two Bosnian and Croatian districts, one Serbian republic, one neutral district partly run by the united nations and one presidency elected for a term of four years made up of one Serb, one Croat and one Bosniak who take turns to govern for eight months at a time. All of these elements have resulted in relative stability, but haven't managed to create one united nation. Corruption and vote-catching are both still present in the country, and both hinder its development. A vast majority of voters vote depending on their ethnicity, something which doesn't really compel the elected government to compromise or take responsibility. 'Political parties will either tend to one ethnicity, or will be multi-ethnic and populist,' explains Damir Kapidzic. 'The newspapers are also linked to one party or ethnic group in particular.' 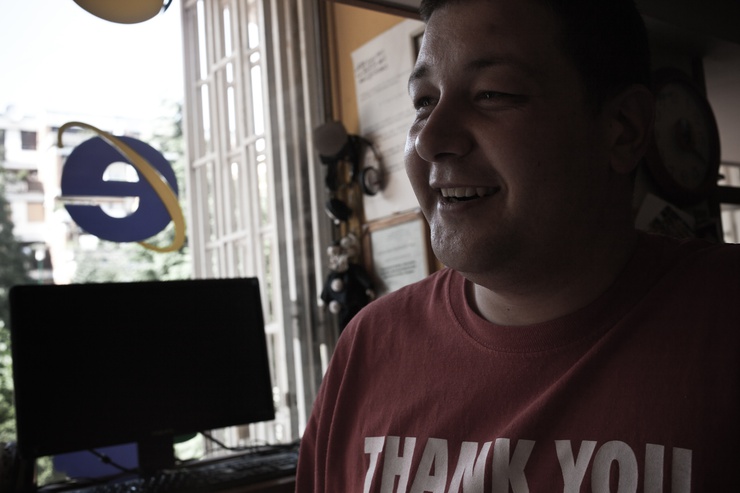 Since creating a twitter profile, Tariq Kapetanovic doesn't hesitate to publicly ask ministers about local issues. Sitting in the terrace of his internet café, which is situated in the north-west of the city where apparatchiks used to live under the ruling of Tito, he gives off the impression of being easy-going and a bit of a joker. However, his journey has not been the easiest. He was trapped in Sarajevo during the siege, and had to wait until the end of the war to leave for the USA to study journalism. When he came home, he realised that the diplomas that he earned abroad were worth nothing in Bosnia. 'I decided to study political science instead, but I didn't want to start that and then find myself once again becoming a prisoner caught in the vote-catching system. So I decided to open up my own internet café, KA5aN. That way, I can build a life for myself without getting my hands tied.'

'Whether you're an engineer, an academic or an astronaut, if you aren't part of a solid network, you are going to find that you are very limited in your choices'

Whilst running his own internet café, he has also started blogging about daily life in Sarajevo, and about the impact that politics has made on a local level. Today, he splits his life between the internet café and his job as a PR consultant for social networks, working with brands or new political parties. Whilst he remains optimistic when talking about the development of technology in Sarajevo, Tariq is a lot less about about the world of politics and the corruption that surrounds it. 'Whether you're an engineer, an academic or an astronaut, if you aren't part of a solid network, you are going to find that you are very limited in your choices. Lots of people are unable to find a job for these exact reasons. The road to change will be long because it remains firm in people's minds.'

Different online portals such Klix and Buka do exist, and are mostly visited by young people and depend less on political parties and ethnic groups than TV and the press. Other initiatives could end up influencing the media, like that of Ermin Zatega. For six years, the fair-eyed giant has been conducting studies for the centre for investigative reporting, one of very few totally independent medias. From issues with local corruption to private company ownership of natural resources, no one gets away. However, Ermin does not hide his scepticism on the future of the country. 'Sometimes I do get flashes of optimism, but not at the moment,' he says. 'I feel as though we're fighting a losing battle against corruption, as a society as a whole, as a journalist and as a person. The only thing we can do is to keep on fighting.'

'Sometimes I do get flashes of optimism, but not at the moment. We're fighting a losing battle against corruption, as a society as a whole'

That is exactly what Zasto ne, an association which takes responsibility for promoting social initiatives using new technologies, does tirelessly. They first became active during the peacemaking movements in the early 2000s, and progressively became a platform for projects that use the internet for campaigning. The organisation operates in a confined space hidden in a neighborhood where the sixties style high rise flats are stacked tightly around small squares of grass yellowed by the July sun. Nothing modern looks like it could have been created here, which Tijana Cveticanin agrees with when she talks about Istinometer, a website that uses fact-checking to expose deliberately contradictory or dishonest comments made by politicians. This site helps Bosnians of all ethnicities to understand different political issues.

What if technology were to have a direct influence on politics? Members of the Bosnian pirate party consider that, 'for twenty years, Bosnia has remained in a state of ethnic apartheid.' Based on the models of their European cousins, they want to create a structure that is detached from nationalist influences, and one that puts a stress on the responsibility of each person whilst also creating a shared vision for the country. This is a real paradox for Bosnia, a country where political party's ideologies are mostly based on the idea of 'one ethnicity, one leader, one body'. This idea is only in its early stages, but the group is taking its time in order to create a more credible and lasting movement. 'Even if in general people don't necessarily understand our approach, they react very positively to the word 'pirate'. The word may look harmless, but for us it's the sign that Bosnians are no longer willing to accept the passiveness of the current system, and are demanding an alternative.'